Copyright 2015 Libero Themes.
All Rights Reserved.
Westlake Legal Group > article  > Rob Schneider hits back at Adam Sandler, says ‘it would be fun’ to pin him for murder: ‘I know his secrets’
0 Comments
Share

Rob Schneider hits back at Adam Sandler, says ‘it would be fun’ to pin him for murder: ‘I know his secrets’

Cross me, if you dare.

Rob Schneider is sending a friendly cease and desist to his old pal Adam Sandler after the actor and stand-up comedian got word that if given the chance to “destroy” anyone, Sandler named Schneider as his mark.

‘MURDER MYSTERY’ STARS JENNIFER ANISTON, ADAM SANDLER SAY WHO THEY WOULD PIN A MURDER ON

Schneider issued a warning to his “Saturday Night Live” co-star in a comment to Fox News on Friday. “I know all of Adam’s secrets for 30 years and that’s why he’d like nothing more than [to] lock me away for a crime he’d like to commit: taking away Kevin James’ Happy Meal!” Schneider teased. 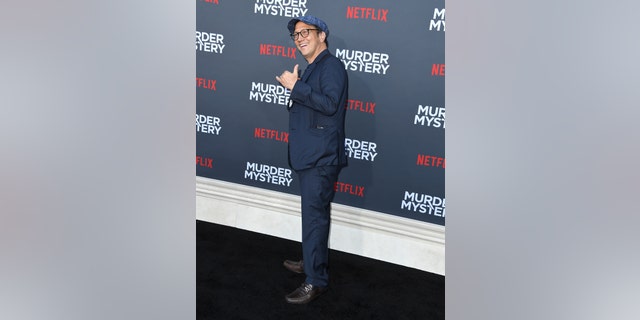 The 55-year-old sketch comic and screenwriter’s comments came after Sandler told us on Tuesday during the press day for his latest Netflix original film “Murder Mystery” — which co-stars Jennifer Aniston — that he would get quite the kick out of seeing Schneider in the slammer.

When asked what Schneider ever did to deserve the blame in the hypothetical whodunit, Sandler simply said, “Nothing! That’s the beauty of this joke.” 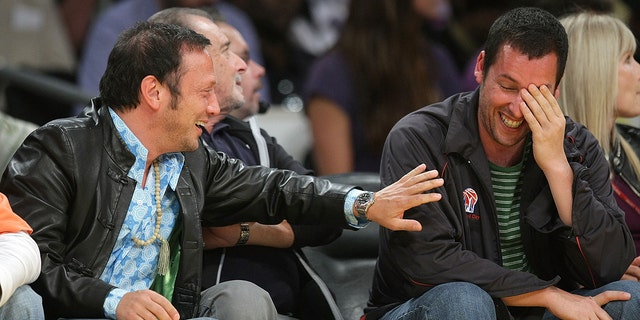 Rob Schneider, left, and Adam Sandler, right, attend Game Five of the Western Conference Semifinals during the 2009 NBA Playoffs at Staples Center on May 12, 2009 in Los Angeles, Calif. (Photo by Noel Vasquez/Getty Images)

Over the course of their 30-year bromance, the Emmy-nominated performer has appeared alongside Sandler in a number of titles including “Sandy Wexler,” “Deuce Bigalow: European Gigolo,” “Grown Ups” and “I Now Pronounce You Chuck and Larry.” Both of the latter films also stars Kevin James – who unbeknownst to him – has likely been roped into the friendly back-and-forth.

In addition to the improv performer’s faux feud with Sandler, Schneider can now add podcast host to his cornucopia of credits, as Friday marks the release of the “Hot Chick” star’s all-new series, “See What Happens with Rob Schneider,” which he co-hosts with wife Patricia Maya. 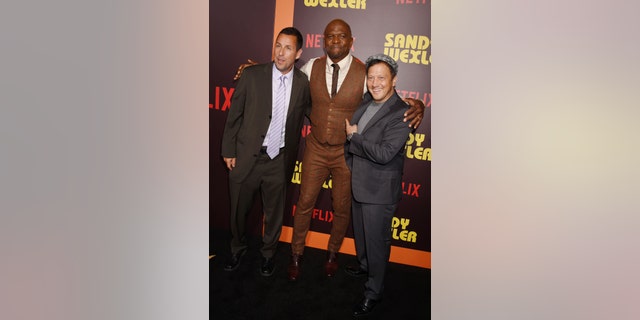 While the show will feature the occasional guest from the pair’s cohort of Hollywood friends to their gardener, listeners will experience the Schneiders like they never have before. Everything from their business, their contrasting parenting methods, jokes, good food, philosophy and much more will be dissected and discussed each week.

The first episode of “See What Happens” is available Friday, June 14.