A suspected robber was shot and killed at a Texas motel early Tuesday after grabbing a police officer’s baton and beating him with it, authorities said.

Crederick Joseph, 37, of Opelousas, La., was shot dead just after midnight at the Merit Inn and Suites in Beaumont, located 90 miles east of Houston.

Officers were dispatched to the motel after receiving reports of a trespasser, according to a Beaumont Police Department statement.

While en route, officers were told the suspect assaulted a clerk and was attempting to rob the motel. 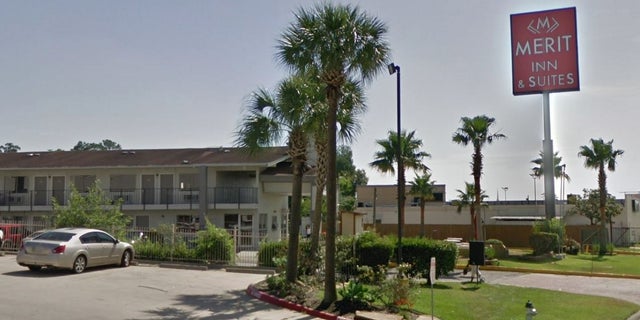 A Texas police officer was assaulted by a robbery suspect before shooting him dead at a motel early Tuesday, authorities said. (Google Maps)

The first officer to arrive took Joseph into custody. However, he was able to grab the officer’s baton while he was being handcuffed and began to hit him with it, authorities told KBMT-TV.

The officer, who suffered deep cuts to his face, shot Joseph, Beaumont Police Chief Jimmy Singletary said. The suspect was pronounced dead at the scene. It’s not clear how many shots were fired or where Joseph was hit.

The clerk suffered minor injuries. The officer, who has been with the department for 17 months, was placed on administrative while the shooting is being investigated.