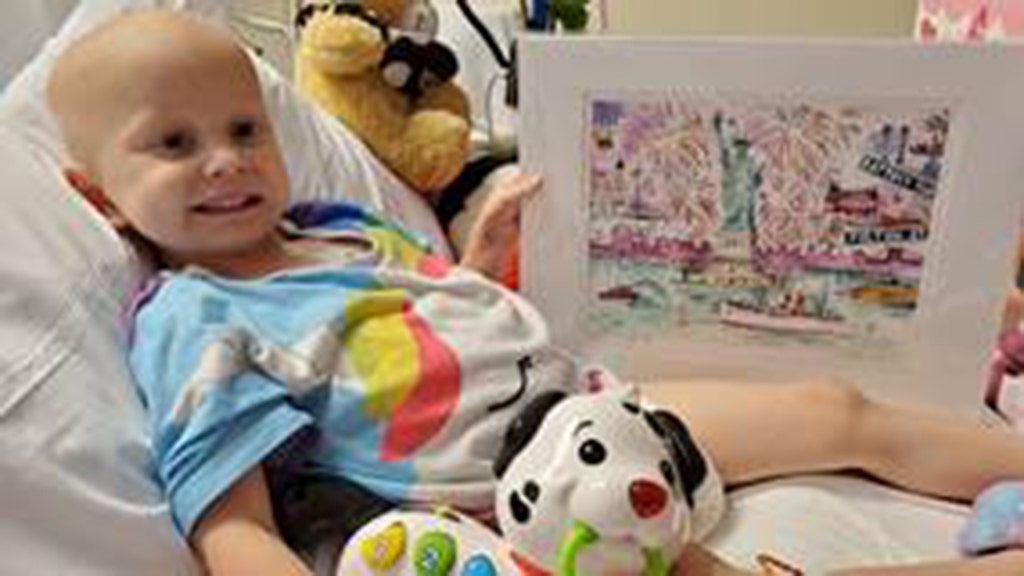 Ruth Browne, president and CEO of the Ronald McDonald House in New York City, said Wednesday that there’s good news to report in the battle against cancer and highlighted the organization’s “September Step Up” challenge, which is geared toward raising funds for patient care.

“It really speaks to how the single act of establishing these houses and now a network that is known worldwide — it raises the awareness around pediatric illness,”  Browne told Fox News during a phone interview. “Our house is one of two houses through the system, that has been solely dedicated to childhood cancer. It’s so important because there is so much good news to report about cancer.

“15 years ago, that was not the case,” she continued. “And now the tables have turned. The majority of the families that come here leave with a good story. And still, many families do not. We will not stop until this is not the devastating diagnosis that so many families have experienced.”

Browne, who served for 12 years as CEO of the Arthur Ashe Institute for Urban Health (AAIUH), said the coronavirus presented certain challenges, but that the houses remained open for patients and their loved ones. The house she oversees in New York can accommodate 95 families at a time and provides vital essentials needed to survive the oftentimes demanding rigors of medical treatments.

“We are part of a network of 350 plus houses around the world. There are about 186 in the United States — and the New York house is one of three houses in the metropolitan area,” she added. “The ‘Step Up Challenge’ is an opportunity to raise funds and awareness. We have over 150 people who have already signed up to help.”

Browne said only part of a patient’s overall well-being has to do with their medical care. The other parts of the equation are what the Ronald McDonald houses attempt to focus on and satisfy.

“They say that about 20 percent of someone’s health and healing is really determined by the clinical care that they get – and that 80 percent is really everything else,” she continued. “The advantage of the Ronald McDonald house is we are working on the other 80 percent. It’s about how you’re going to get to and from your treatments. Where you’re going to stay while you’re having treatments, how you’re’ going to feed yourself and your family. All of those things we have an answer to.”

Browne added, “We provide that programming, that transportation, that housing for the family. [We provide] the meals three times a day — educational and recreational services — and most importantly… how do you create a sense of normalcy for a family when they are facing some of their hardest crises?”

Fox News spoke with Priscilla Roy, whose 2-year-old daughter Nadley received care at the House. She, her husband Nick, and Nadley have been able to stay there while she receives immunotherapy treatment at Memorial Sloan Kettering.

“We love the house,” Priscilla said during a phone interview. “We couldn’t even come here, coming from Louisiana to New York City. If we didn’t have the Ronald McDonald house we wouldn’t be able to come. It’s been wonderful. They’re doing a great job with COVID and the meal service delivery is amazing. It’s just – it makes everything so much easier.”

Nadley is one of 300,000 kids who are diagnosed with cancer each year, according to the Ronald McDonald organization. It remains the number one cause of death by disease for children in America. To honor Nadley, and the other children who are diagnosed with the disease each year, the group launched the “September Step Up Challenge” as part of Childhood Cancer Awareness Month. They are asking the public to step up for families battling pediatric cancer by taking 300,000 steps in 30 days.

“Just from coming from Louisiana to here, we don’t’ know anyone in this area – we don’t have connections. And we surely couldn’t afford any of the housing or apartments or anything,” Priscilla said. “Just to come up for our treatments — we have to come quite often so we reached out to the hospital and they recommended Ronald McDonald. Of course, it was closed for a little while but we were able to stay with a band of parents. But as soon as the house opened up they were able to move us over here and it’s been wonderful. I love the short commute to the hospital.”

Nadley is now doing well, after having her neuroblastoma tumor removed in May. She’s NED (no evidence of disease), according to her mother, who credited the house and the hospital for her recovery.

“We’re so happy that we found MSK (Memorial Sloan Kettering),” she said. “For her particular type of cancer, that’s where we need to be. Everybody makes a difference and they make it happen and they make our lives – those who have to deal with cancer – it makes it so much easier. And, just whoever people give donations to, whether it be this organization or another, it helps tremendously in this walkthrough cancer. Hopefully, we’ll look back on this and we can be apart of raising money for awareness and just give something back.”

Browne, who lost her mother to cancer, said patients like Nadley will continue to remain the group’s main focus as they continue to seek out the best ways to alleviate the suffering caused by the dreaded disease.

“Nadley and many other children like Nadley need help,” she explained. “We aren’t forgetting them and we don’t want to world to forget them. Their stories are so poignant and the outcomes can be fantastic. We want to make sure these kids have access to the life-saving treatment that is only available right here in New York City.”

“It’s a poignant mission,” Browne said. “I’m very focused on the mission and that’s why I think the work is so important.”