Rudy Giuliani: If Biden wasn’t prepared for Harris, will he be ready for Kim Jong Un, Putin or China? 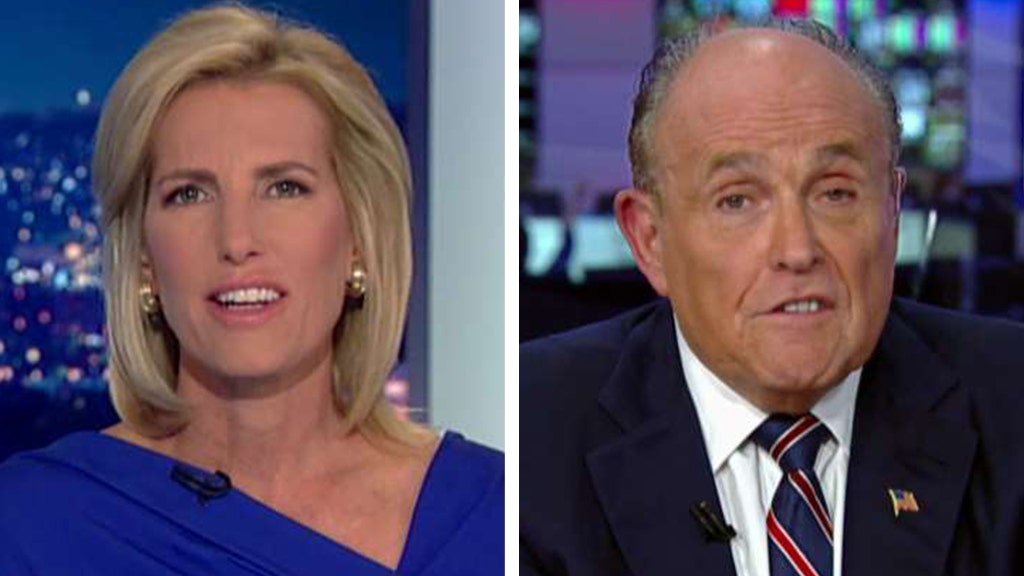 Former Vice President Joe Biden should have been prepared for Sen. Kamala Harris, D-Calif., to criticize his comments about working with segregationist former senators, according to Rudy Giuliani.

Giuliani, President Trump’s personal lawyer, on Monday told Fox News’ Laura Ingraham, the host of “The Ingraham Angle,” that Biden’s failure to be prepared for Harris’ onslaught raises questions if he is ready to negotiate with foreign rivals.

“If you are not prepared for Kamala, are you prepared for Kim Jong Un and Putin and the people in China?” Giuliani asked, in response to a clip of Biden’s wife, Dr. Jill Biden.

In a CNN interview Monday, Dr. Jill Biden told Chris Cuomo her biggest surprise in the campaign occurred during the debate last month.

SOME 2020 DEMS TURN ON KAMALA HARRIS FOR ATTACKING BIDEN, THEN BACKTRACKING

“I think probably Kamala was a little bit of a surprise,” she said.

Giuliani said Trump is not concerned about a potential face-off with the Democratic candidates.

“He’s not shaking at all about Kamala Harris or any of them,” he said.

“The president realizes there’s going to be a candidate — we don’t know who it is — and they are going to have to make all these crazy charges. But I think is pretty comfortable.”

In regard to Biden, the former New York City mayor added he has disagreements on a political level with the Delawarean but does not believe he is a racist.

“At a bare minimum, Biden is entitled to, “He’s not a racist.” — Also, he’s not,” he said, reacting to former First Lady Michelle Obama offering ‘no comment’ on the debate.