Amid a sea of snaggleteeth, bug eyes and slobbery, hanging tongues, the World’s Ugliest Dog Contest crowned a new champion.

Scamp the Tramp tunneled his unsightly little face into the hearts of the Northern California judges Friday to win $1,500 — plus another $1,500 to donate to an animal shelter. 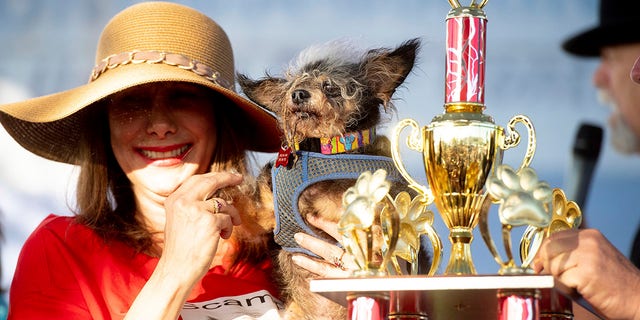 Scamp the Tramp is held by Darlene Wright after winning the World’s Ugliest Dog Contest at the Sonoma-Marin Fair in Petaluma, Calif., on Friday, June 21, 2019. (Associated Press)

“He’s Scamp the Champ, no longer Scamp the Tramp,” Morones told the Santa Rosa Press-Democrat. “I think the audience saw his beautiful spirit and everything he’s given back to the community.”

Scamp beat out 18 other dogs for the honor. 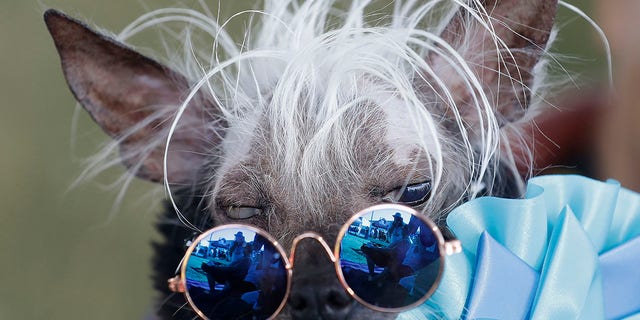 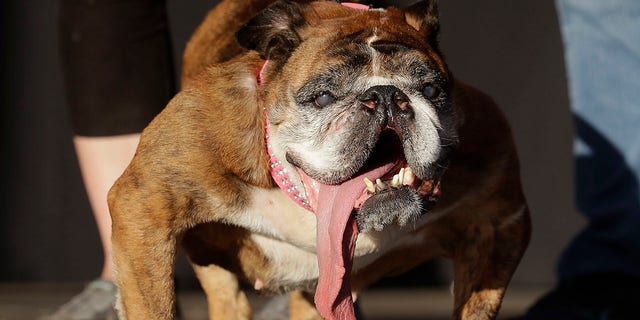 Zsa Zsa, the English bulldog who won last year’s prize, apparently charmed the judges by drooling and sneezing on them. 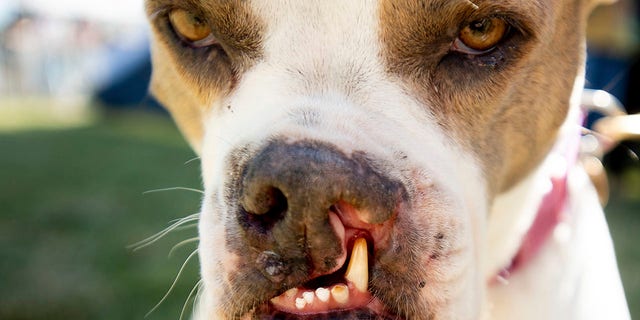 Puka prepares to compete in this year’s Ugliest Dog Contest at the Sonoma-Marin Fair in Petaluma. (Associated Press)

Scamp was a street dog in Compton and was rescued by his owner, Yvonne Morones, in 2014. He isn’t just a show dog. He also makes visits to local schools and senior centers in Santa Rosa, Calif.

“What we’re really doing is we’re showcasing dogs that have been rescued and adopted and brought into loving homes,” Gentry said. “These are sort of spokesdogs for adoption.”