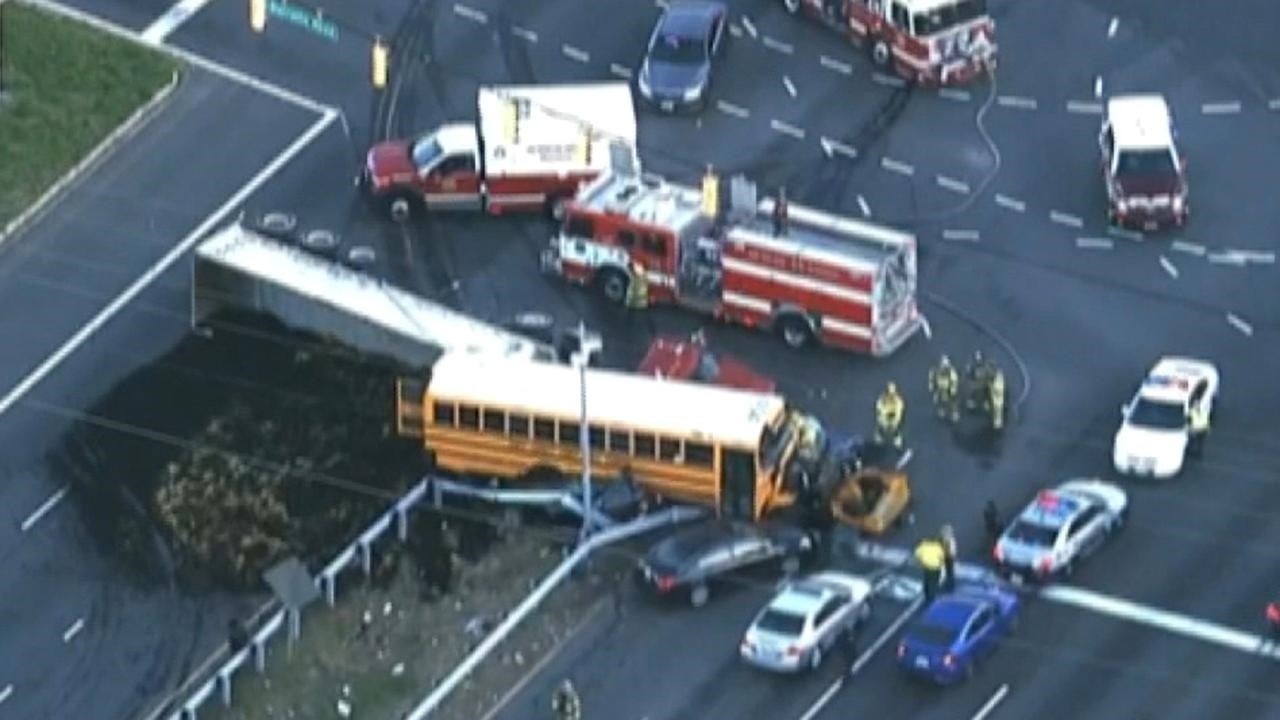 A crash involving a school bus and a tractor-trailer in Maryland Wednesday morning left at least one person dead and several injured, police said.

The accident occurred on Branch Avenue and Surratts Road in Clinton, police said. Six people in total were transported to the hospital with non-life-threatening injuries, including two teenagers and the bus driver, FOX5 DC reported. Two people refused medical attention.

“Other vehicle drivers and passengers involved were transported to the hospital for treatment,” Prince George’s County Police Department tweeted. “Investigators are working to establish the circumstances leading up to the collision.”

The cause of the crash was not immediately known.