Sheriff’s deputy in Fort Worth, Texas, dies after found with ‘significant’ head injuries

A sheriff’s deputy with 19 years on the job died Friday night after being found with “significant injuries to his head” following a shooting in Fort Worth, Texas, according to reports.

Deputy Keith Shepherd was found wounded inside his personal vehicle in the Tarrant County sheriff’s office parking lot, across from the county jail, around 9:30 p.m., FOX 4 of Dallas-Fort Worth reported.

He had been expected to return from his break about two hours earlier, the Dallas Morning News reported.

MISSOURI MAN, SHOT BY POLICE AFTER ALLEGEDLY FIRING GUN AT HIS CHILD’S MOM, IS CHARGED WITH POSSESSING FIREARM

Shepherd was taken to a hospital, where he was pronounced dead, the report said.

Authorities were investigating in the area Friday night and were collecting video from all cameras within a three-block radius of the crime scene, the station reported. 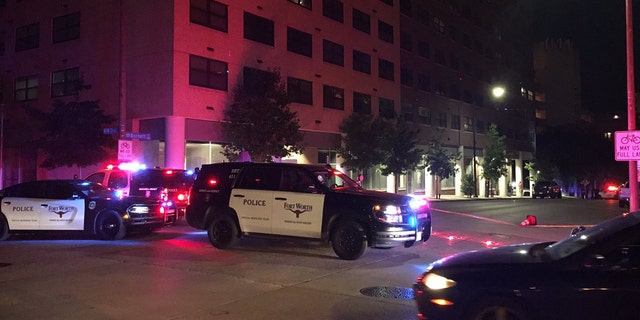 Emergency vehicles are seen in the parking lot of the Tarrant County Sheriff’s Department in Fort Worth, Texas. (FOX 4, Dallas-Fort Worth)

“We’ve just got to follow the facts until we understand what happened,” Sheriff Bill Waybourn told the Fort Worth Star-Telegram.

The chief declined to speculate on what exactly may have transpired in the parking lot.

Shepherd was assigned to the department’s detention staff, Chief of Staff David McClelland told the Star-Telegram.

“I can tell you what I know about Keith is that he had a great reputation at the Tarrant County Sheriff’s Office,” Waybourn told the newspaper. “He was a strong leader. He was loved. He was a great husband and a good father.”

Waybourn said he did not believe the public was in danger, even though a suspect had not yet been apprehended.

“We’re confident it will unravel soon,” the sheriff told the Morning News.