South African officials are warning the public to “be alert at all times” after a group of more than a dozen lions escaped from one of the country’s biggest game reserves.

Rangers spotted the 14 animals from Kruger National Park roaming Friday around a mine near South Africa’s border with Mozambique, the BBC reported.

“Employees at Foskor Mine and members of the public are hereby advised to be alert at all times,” the Limpopo provincial government posted on Twitter, noting their intent is to capture the lions and release them back into the reserve.

Kruger National Park covers 7,523 square miles of land and according to the BBC, is mostly fenced off. It’s not clear how the lions got loose. 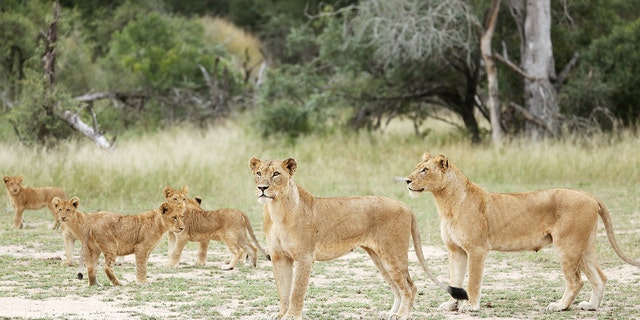 A pride of lions is seen at a game reserve adjacent to the world-renowned Kruger National Park in Mpumalanga province, South Africa, in 2019. (Reuters)

The escape comes just two days after a leopard mauled a 2-year-old boy inside the park.

In that attack, the leopard managed to access an area where staff members lived, officials say.

“The offending animal was found and shot dead to remove the danger of another person falling victim,” read a statement from the park.

“In parks like the KNP predators do interact with tourists and staff and at times it may result in species like leopard getting habituated to people and losing their fear,” the statement said. “The change in natural behavior can then lead to unfortunate incidents such as this.”