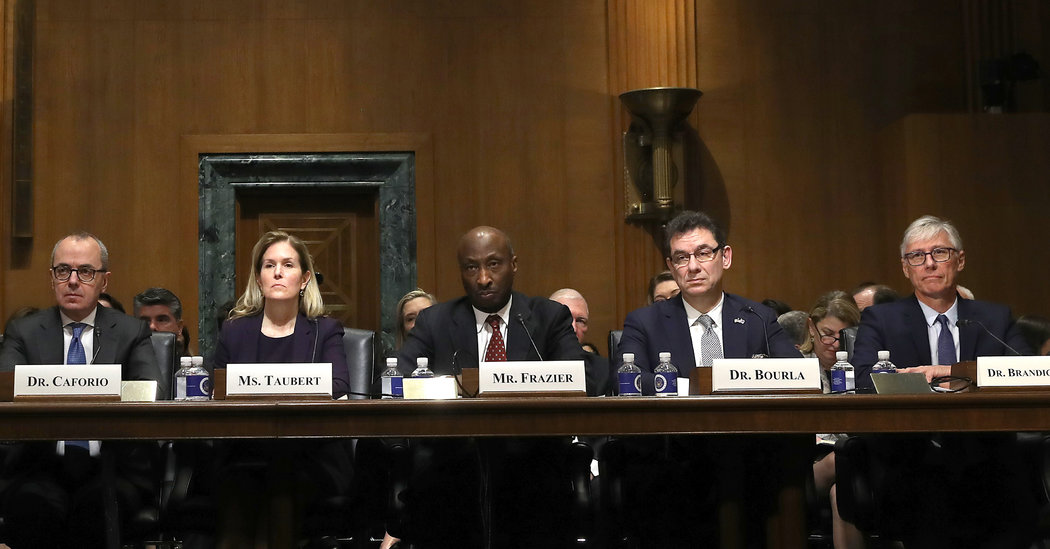 [Pleasesign up hereto have the Race/Related newsletter delivered weekly to your inbox.]

It is no secret that the corporate world has a diversity problem. A company where everyone brings fresh and exciting ideas to the table and has an equal opportunity to succeed is the dream for many executives, and a lack of diversity in the top ranks consistently places high on the list of roadblocks keeping that dream from being realized.

When it comes to African-Americans in the corporate world, the situation looks especially grim. Only four companies in the Fortune 500 — Merck & Co., TIAA, Tapestry and Lowe’s — now have a black chief executive, down from seven less than a decade ago.

Experts are scratching their heads about why corporate efforts to bring more women into the executive ranks have made progress in recent years, while increased racial diversity has remained stubbornly out of reach. But a new report makes clear that current methods are either accomplishing too little or are not working at all.

The report, “Being Black in Corporate America,” comes from the Center for Talent Innovation, a nonprofit group that is focused on workplace diversity and is sponsored by large companies including Morgan Stanley, Pfizer and Disney. The center surveyed 3,736 full-time professionals of all races, and found that today’s diversity and inclusion efforts are failing African-American professionals.

If corporate America wants to create a more equitable and inclusive workplace, the report concludes, it needs not a band-aid but an intervention. Here are highlights of what the authors say is at stake.

The study found that only 8 percent of people employed in white-collar professions are black, and the proportion falls sharply at higher rungs of the corporate ladder, especially when jumping from middle management to the executive level.

Doubts about the effectiveness of current diversity and inclusion programs are driving more black professionals to give up on the corporate ladder and pursue autonomy and their own businesses instead.

“Despite being ambitious, having strong professional networks and being career driven, black professionals face slow career advancement, which makes them more likely to leave,” the report notes.

The study found generational differences in those attitudes. Baby Boomers and Gen Xers tended to be more comfortable with the status quo than millennials.

They are also more likely to be dreaming about leaving their current job if the one they have does not offer fair and ample opportunities for growth, creating the risk of a costly brain drain.

Black professionals do not want to be lumped under the umbrella of “people of color.” Not only does it flatten their experience within the wider pool of underrepresented groups, the study says, it assumes that all black people in the workplace experience it the same way.

The black immigrant population in the United States has increased fivefold since 1980, and black immigrants often have different perspectives than American-born black people on what it means to be black in America. According to the report, white people tend to prefer and give better opportunities to Afro-Caribbeans over African-Americans, and African-Americans are more likely than immigrants from Africa to say that colleagues have underestimated their intelligence.

Full-time professionals of Afro-Caribbean descent are more likely than those with African or African-American roots to have access to senior corporate leaders, the study found. “Heritage shapes black professionals’ experience of the workplace in profound ways,” the report says, contributing to hierarchies that are rarely discussed.

Talent Continues to Be Left Behind

A Pew Research Center survey this year found that half of white Americans agreed with the statement, “There is too much attention paid to race and racial issues in our country these days.” The new study cites that finding repeatedly to reinforce one of its major points: that while most black professionals are keenly aware of inequities that slow their advancement, many of their white peers are largely ignorant of them.

Black professionals surveyed for the new study were more likely than white professionals to say that the primary beneficiaries of diversity and inclusion efforts have been white women. And “very few respondents — including white employees — think that white women are using their power to advocate for other underrepresented groups,” the report notes.

The study argues that the measures that have achieved some success in addressing gender discrimination in the workplace may not work on racial discrimination, in part because white employees tend not to understand the challenges faced by black co-workers as well as they do those faced by women.

“Focusing on women first echoes Angela Davis’s account of the history of the feminist movement, in which white women consistently deprioritized issues of race,” the report notes, referring to the longtime political activist, academic and author.

Race is still a “third rail” — an unwelcome and dangerous subject — in many corporate settings, the study says. Employee resource groups may offer a safe space for black professionals and other underrepresented groups to talk about workplace issues, the authors say, but too often that is where the conversations end.

Black employees go back to their desks feeling that the burden remains on them to make white co-workers comfortable with their presence and aware of their unique experiences, the authors say, and black employees are still asked to “offer solutions to solve their own problems.”

The study recommends that companies conduct audits of how black employees are faring and feeling, and then take steps to address “mismatches in perception of racial equality” between employees of different races. That, the authors argue, will lay the necessary groundwork for the company’s diversity and inclusion programs to be more successful.