Supreme Court Strikes Down Ban On ‘Immoral’ Or ‘Scandalous’ Trademarks

WASHINGTON (Reuters) – The Supreme Court on Monday struck down a longstanding U.S. ban on trademarks on “immoral” or “scandalous” words and symbols, ruling in a case involving a clothing brand with an indelicate name that the law violates constitutional free speech rights.

The justices ruled against President Donald Trump’s administration, which defended the law that had been in place since 1905, and in favor of Los Angeles streetwear designer Erik Brunetti, who was turned down by U.S. Patent and Trademark Office when he sought to trademark his brand name FUCT.

The justices upheld a 2017 lower court ruling striking down the law as a violation of the U.S. Constitution’s First Amendment right to free expression. The Supreme Court’s decision removes the authority of government officials to bar federal trademark registration for profane language or sexually graphic images.

The Trump administration had warned that invalidating the law would unleash a torrent of extreme words and sexually graphic images on the marketplace.

When the 2011 trademark application for FUCT was rejected, the Patent and Trademark Office noted that brand name sounds like a profanity, though is spelled differently, and concluded that Brunetti’s products contained sexual imagery, misogyny and violence. 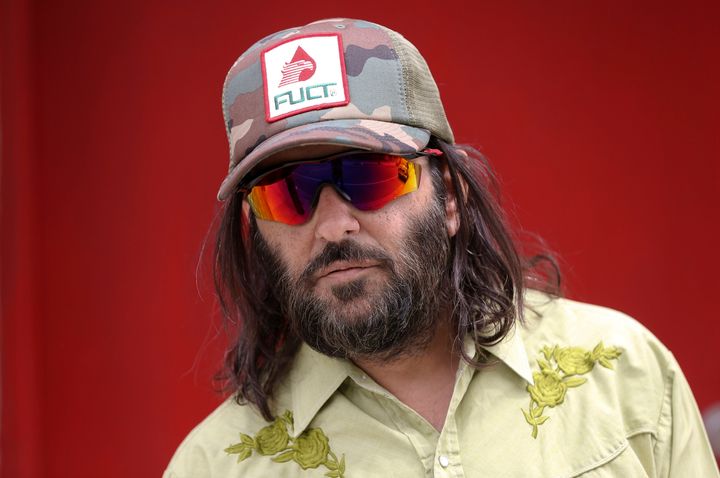 ASSOCIATED PRESS In this April 11, 2019 file photo, Los Angeles artist Erik Brunetti, the founder of the streetwear clothing company “FUCT,” poses for a photo in Los Angeles. The Supreme Court has struck down a section of federal law that prevented officials from registering “scandalous” or “immoral” trademarks, handing a victory to a Los Angeles-based fashion brand spelled F-U-C-T (AP Photo/Damian Dovarganes)

Brunetti sought a trademark because it would make it easier to protect his brand of casual clothing against counterfeiters. The brand’s name is clever, Brunetti said, because of its association with the profanity, while the acronym also means “Friends U Can’t Trust.”

The U.S. Court of Appeals for the Federal Circuit, which specializes in intellectual property law, ruled in Brunetti’s favor in 2017.

In Monday’s ruling, the Supreme Court followed a course it took in 2017 when it struck down a similar law forbidding the registration of “disparaging” trademarks in case involving an Asian-American dance rock band called The Slants, a name federal trademark officials deemed offensive to Asians.

During arguments in the case on April 15, the justices and lawyers involved in the case were careful to tiptoe around the profanity at the center of the dispute. Justice Department lawyer Malcolm Stewart discreetly called it “the equivalent of the past participle form of the paradigmatic profane word in our culture.” Minding his language, Justice Stephen Breyer merely called it “the word at issue.”

Brunetti’s brand includes products such as a pullover sweatshirt saying “The world is fuct,” sweatpants saying “We are fuct,” and a T-shirt saying “Fuct is free speech, free speech is fuct.” Brunetti said in an April interview that while some people will be offended by certain words, limiting First Amendment protections is a “slippery slope.”

The Trump administration had argued that banning vulgar terms and sexually indecent images did not discriminate against anyone’s viewpoint, and that the government should not be forced through the trademark system to promote words and images that would be shocking or profane to the public.