‘Survivor’ Limps to a Finale After a Difficult Season 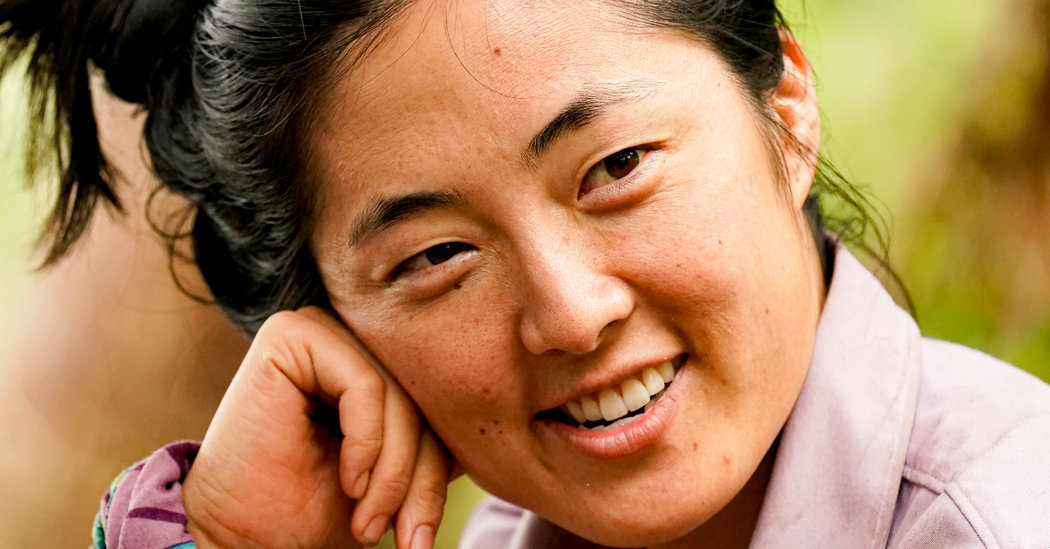 Ordinarily, the season finale of “Survivor” is a festive occasion. The contestants gather to reminisce about their time on an island off Fiji, and the winner is announced and awarded $1 million.

On Wednesday, it won’t be so simple.

As the CBS competition show limped to the end of Season 39, it was still scoring ratings, making an unlikely return to the top 10 as the seventh-most-watched entertainment program on network television.

But the announcement of the latest winner caps a season that did not provide the usual escapist thrills. This “Survivor” offended die-hard fans and some former cast members because of how the show handled female contestants’ complaints of inappropriate touching against a male contestant.

For the first time, instead of airing live, the reunion special that is broadcast after the winner is announced was taped hours in advance. And as recently as a few days ago, a “Survivor” contestant who raised concerns about inappropriate touching, Kellee Kim, was not sure if she would be allowed to speak freely about her experience during the reunion.

The backlash over “Survivor,” which ranks as CBS’s highest-rated entertainment show for adults under 50, took place at a network that has been rocked by a societal reckoning on workplace sexual misconduct. The chief executive, a star anchor and several leading producers at the company have been felled since the start of the #MeToo movement.

Debra Katz, a lawyer representing Ms. Kim, contacted CBS late last week to express her concerns. After talks, the network said Ms. Kim would be permitted to speak freely at the reunion special.

In a statement this week, CBS also acknowledged that there were “things we could have done differently” this season, adding that “we are determined to do better going forward.” The network also announced a series of “Survivor” production changes “to ensure that the events that occurred this season are not repeated.”

In an interview on Wednesday evening, after the reunion taped, Ms. Kim said, “What’s really most important is that ‘Survivor’ and CBS took responsibility and apologized. These changes that I’ve been asking for for many, many months have been put into place, so no one else is going to have to go through something like this.”

In an episode that aired last month, which was filmed months ago in Fiji, Ms. Kim said that a fellow contestant, Dan Spilo, had made her uncomfortable by repeatedly touching her without her consent. “Survivor” broadcast much of the footage of the unwanted contact.

After Mr. Spilo was issued a warning, the contestants were left to their own devices. Ms. Kim was ultimately voted off the show, prompting a backlash and underscoring an on-air statement she had made earlier: “There are always consequences for standing up.” Mr. Spilo remained on the island for several more episodes.

In last week’s episode, Mr. Spilo, a Hollywood talent manager, was removed from the show, as well as from the jury that awards $1 million to the season’s winner. The only explanation for the decision was a title card onscreen saying he had been ejected “after a report of another incident” that occurred off-camera and did not involve a contestant. In a statement to People on Tuesday, Mr. Spilo apologized.

Ever since, “Survivor” has been on the receiving end of withering commentary. The New York Times television critic James Poniewozik faulted the show for “the inept, shameful, evasive way it handled sexual misconduct.” A former “Survivor” contestant, Zeke Smith — who applauded the sensitivity that the network and the show had displayed two years ago when he was outed by a fellow contestant as transgender — also criticized the show. “This predator could have and should have been stopped long ago, but those in power made a choice not to stop him,” he tweeted last week. “Shame on you, Survivor.”

Ms. Kim’s lawyer, Ms. Katz, said in an interview, “Sexual harassment should never be used for entertainment value. And what happened in this instance was completely unacceptable.”

Even with the uproar, ratings have held steady. But many longtime fans have been furious.

“There was a lot of shock and horror and numbness,” said Andy Dehnart, the creator of the website Reality Blurred, describing the reaction among “Survivor” superfans. “And there were a lot of questions about how this could happen at all.”

For Wednesday’s finale, CBS did not invite Mr. Spilo to the reunion special.

As late as of last week, Ms. Katz said, it was unclear what role Ms. Kim would play, as well.

“Kellee was concerned that she was not going to be able to speak at the finale,” Ms. Katz added. “And if she was allowed to speak, that it would be too scripted and she would not be able to say the things that were important for her to say.”

Ms. Kim underscored the point by saying she was worried about “whether I’d get a free, open venue to speak.”

On Dec. 13, with Ms. Kim’s role in the finale still up in the air, Ms. Katz emailed CBS and MGM, the studio that makes the show.

“Let me be clear at the onset: Ms. Kim does not seek compensation,” she wrote. “Her motivation in retaining counsel is to begin a productive dialogue about changes production and CBS must make in future seasons of the show.”

In the email, Ms. Katz also described the show’s “serious mishandling” of Ms. Kim’s complaint, she said in an interview. It was not long after sending the email that CBS informed Ms. Kim that she would be permitted to speak freely on the final episode.

A CBS spokesman said, “There was never any doubt in our mind that she would be part of it and be able to speak freely about her experience.” The spokesman added that her discussion with Jeff Probst, the show’s longtime host, during the reunion special would be “broadcast unedited.”

The opening minutes of the reunion proceeded as they would in any season. Mr. Probst talked about season highs with several contestants, and he announced the pop singer Sia’s three favorite players of the season, along with cash prizes that go with it.

But then Mr. Probst dispensed with tradition and spoke one-on-one with Ms. Kim, with the pair sitting on stools.

Mr. Probst said this was a teachable moment and apologized for the way the show handled her allegations. As they sat down, he said, “You were right, you were right.”

Ms. Kim, tearing up, said, “I hope this season of ‘Survivor’ isn’t just defined by inappropriate touching or sexual harassment. I hope it’s defined by change.”

On Tuesday, CBS detailed its planned improvements for future seasons of “Survivor.” One rule will say that unwanted physical contact or sexual harassment will not be allowed. The production will also assign an executive to the set so that contestants can express their concerns confidentially.

Ms. Kim said she was heartened by the response and wanted the network to see it through.

“I hope that this has been a true learning lesson and things are different going forward, but only time will tell,” she said.