Police in northern California have arrested a 20-year-old man in connection with the murder of an adult bookstore clerk during an armed robbery.

Modesto Police say Favian Ramirez faces murder and robbery charges in the death of 38-year-old Cinnamon Eades. He is being held without bail.

Officers responding to the Liberty Adult Books shop found Eades bleeding on the floor behind the counter at approximately 2:15 p.m. Tuesday. She was taken to a local hospital, where she died from her injuries.

“It felt like a whodunit,” Modesto Police spokeswoman Sharon Bear of told Fox 40. “We were not sure if it was someone who was known to the victim. We didn’t know if it was a customer.” 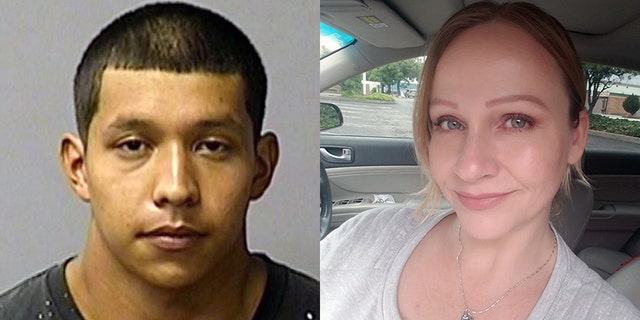 Police say Ramirez approached Eades to make a purchase before shooting her and grabbing an undisclosed amount of money from the cash register and fleeing the scene. Ramirez was identified with the help of surveillance footage and other information from a local used-car dealership, where he had been test-driving a vehicle that he drove to the bookstore.

Authorities tracked Ramirez to a home in Ceres, just southeast of Modesto. Ramirez fled the house when he saw the SWAT team  but was arrested a short time later.

CALIFORNIA MAN, 62, CONVICTED IN BRUTAL MURDERS OF FAMILY OF 4 IN DESERT

“We set up a perimeter and were able to take him into custody,” said Bear.

A store employee told Fox40 that it would be closed for at least a week out of respect for Eades and her family. The station reported that Eades was a mother of two small boys and a grown daughter.

“She was just amazing,” friend Mikala Price told KCRA 3. “Anybody who met her, she would just light up a room.”