The man who allegedly killed a Mississippi police officer and Air Force veteran was identified on Monday.

Darian Tawan Atkinson, 19, is accused of fatally shooting Officer Robert McKeithen, of the Biloxi Police Department, outside of the agency’s headquarters on Sunday night. 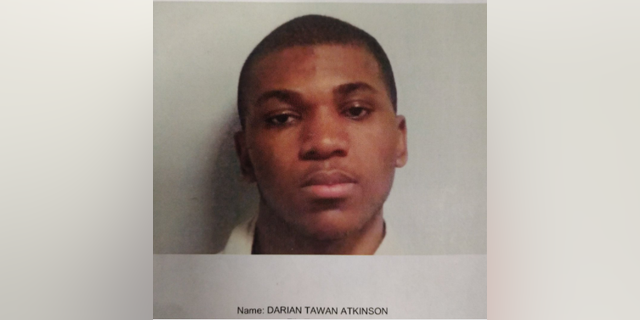 Atkinson has been charged with capital murder, and a warrant was issued for his arrest on Monday, Gulfport Police Chief Leonard Papania told reporters.

The suspect is considered “armed and dangerous,” and investigators said they “are actively pursuing him.”

“We hope he decides to surrender and let us bring him to justice,” Papania said. “He will not rest and we will not rest until he is taken to custody.”

McKeithen, whom Atkinson allegedly killed, served with the police department for 24 years and was set to retire at the end of 2019. 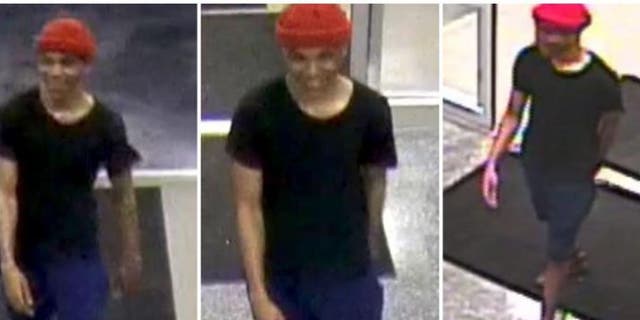 The suspect, later identified as Atkinson, appears to be between 5-foot-7 and 5-foot-10. (Biloxi Police Department)

The 58-year-old was shot multiple times near his patrol car parking outside police headquarters and later died at a local hospital. The suspect ran off after firing several rounds, officials said.

Surveillance images released by investigators from that moment depict a man between 5-foot-7 and 5-foot-10, wearing a red beanie cap, black shirt, and navy blue shorts.

“Any time you have this kind of deliberate and violent attack on a police officer, especially right in front of a police station, it should cause everyone great concern,” Papania previously said.

Biloxi Police Chief John Miller said McKeithen was among a group of officers awarded the Medal of Valor for saving four special needs children from a flooded home during Hurricane Katrina in 2005. 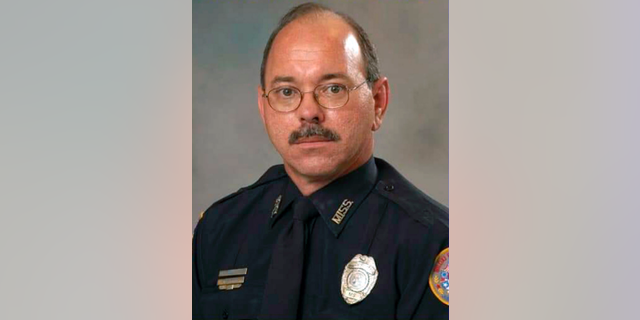 “That’s the kind of guy he was,” Miller said. “It was a horrible, horrible event he had to go through but he went through it anyway. And they say those children undoubtedly would have perished.”

“He was very gentle, likable, he treated people with respect and dignity and we are going to miss him sorely,” the police chief added. McKeithen leaves behind a wife, daughter, two stepsons, and a stepdaughter.

The Gulfport Police Department and Harrison County Sheriff’s Office are working jointly on the investigation and are being assisted by their counterparts at the federal, state and local levels.

A $35,000 reward is being offered for information leading to Atkinson’s arrest.

Fox News’ Greg Norman and The Associated Press contributed to this report.