Rep. Devin Nunes, R-Calif., filed a $9.9 million federal conspiracy lawsuit on Wednesday alleging that the opposition research firm behind the anti-Trump Steele dossier coordinated with another group to file several fraudulent and harassing ethics complaints intended to derail his investigation.

The complaint in the Eastern District of Virginia, which named Fusion GPS founder Glenn Simpson and the nonprofit Campaign for Accountability (CfA), said the “smear” tactics kicked into action shortly after Simpson “lied” in his closed-door testimony before the House Intelligence Committee in November 2017, as well as before the Senate Judiciary Committee in August 2017.

Fusion GPS and CfA’s “racketeering activities,” Nunes alleged, were “part of a joint and systematic effort to intimidate, harass, threaten, influence, interfere with, impede, and ultimately to derail” Republican investigators.

The lawsuit was the latest in a string of filings by Nunes this year, including a $250 million defamation complaint that named Twitter as a defendant and a $150 million complaint against the news organization McClatchy. Courts have not yet ruled on the merits of those complaints.

“I was often smeared,” Nunes told Fox News’ “Hannity” on Wednesday night. “And now, what we know is, there’s a link between those who were doing the smearing and Fusion GPS.”

Nunes added: “When we were investigating Fusion GPS, they were actively involved in working to smear me to obstruct justice, to derail our investigation — and so, I’m gonna hold these guys accountable, and this is just one of many steps we’re gonna continue to take.” 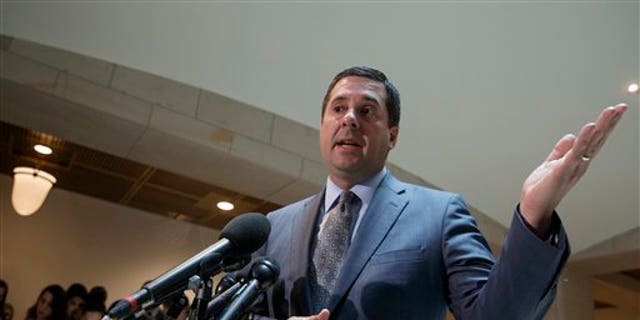 In his latest lawsuit, Nunes noted that in October 2017, he authorized subpoenas to compel Simpson and his associates to testify before congressional investigators and provide related documents concerning Fusion GPS’ “nefarious activities,” including its role in creating the Steele dossier.

Nunes, then the chairman of the House Intelligence Committee, was looking into the intelligence community’s reliance on the unverified dossier, which the FBI had cited in a surveillance warrant to monitor former Trump aide Carter Page.

Simpson lied in his congressional testimony the next month, Nunes alleged, by claiming he did not meet with DOJ official Bruce Ohr until after the 2016 election. Ohr, however, testified that he met with Simpson in August 2016.

Additionally, Nunes said Simpson lied in August 2017 testimony before the Senate Judiciary Committee. Fox News reported last year that when asked by the panel whether that work continued after the 2016 election, Simpson responded: “I had no client after the election.”

Then-Senate Judiciary Committee Chairman Chuck Grassley, R-Iowa, however, challenged that answer in a letter to committee colleague Sen. Chris Coons, D-Del. “As we now know, that was extremely misleading, if not an outright lie,” he wrote.

Worried there would be criminal referrals arising from the apparent falsehoods, Nunes claimed, Fusion GPS sprang into action.

“Fearing a criminal referral for his false statements to the FBI and DOJ, for lying to Congress and the Senate, and for obstructing the House Intelligence Committee in its Russia investigation, the Defendants directly and aggressively retaliated against Plaintiff, employing the same or similar means and methods as Fusion GPS and Simpson have employed multiple times in the past to smear the opposition,” Nunes’ filing stated.

“In furtherance of their conspiracy, the Defendants, acting in concert and with others, filed fraudulent and retaliatory ‘ethics’ complaints against Plaintiff that were solely designed to harass and intimidate Plaintiff, to undermine his Russia investigation, and to protect Simpson, Fusion GPS and others from criminal referrals,” Nunes alleged.

The complaint alleged that CfA, at Fusion GPS’ direction, faxed a fraudulent complaint against Nunes to the Office of Congressional Ethics (OCE) in January 2018. According to the filing, which cited reporting by The Daily Caller, the CfA paid Fusion GPS over $140,000 in 2018 for unspecified “research.”

Then, in March 2018, CfA was said to have faxed another ethics complaint, this time one that “falsely accused” Nunes of leaking to the media “private text messages between Senator Mark Warner and Adam Waldman, a lawyer connected to [British ex-spy Christopher] Steele, in which Senator Warner tried to arrange a meeting with Steele.”

A third ethics complaint faxed that July alleged that Nunes had “violated federal law and House ethics rules by failing to include information on his personal financial disclosure forms and accepting an impermissible gift.” 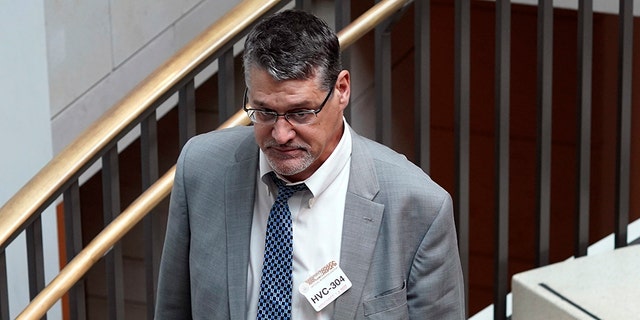 Mair was not named as a defendant in Wednesday’s lawsuit. Nunes has named Mair in two other lawsuits this year.

“Seeley published Elizabeth Nunes’ emails online and included the names and email addresses of numerous school administrators and teachers, resulting in extensive harassment of these innocent, hard-working citizens of Tulare County, including hateful accusations that they teach bigotry and racism,” the complaint stated. “In fact, the school was so concerned about security problems resulting from this situation that it adopted enhanced security measures.”

In 2017, Nunes was forced to step aside from the Russia probe after an ethics complaint alleged he had wrongfully disclosed classified materials. Nunes was cleared in December 2017.

“Fusion GPS, Simpson and Steele fraudulently developed the ‘Steele Dossier’ and disseminated it to U.S. Government officials and the press as if the salacious accusations were true,” Nunes’ complaint concluded. “Defendants’ corrupt acts of racketeering are part of their regular way of doing business. That way of doing business must end here and now.”