US moving Patriot missile battery to Mideast to counter Iran 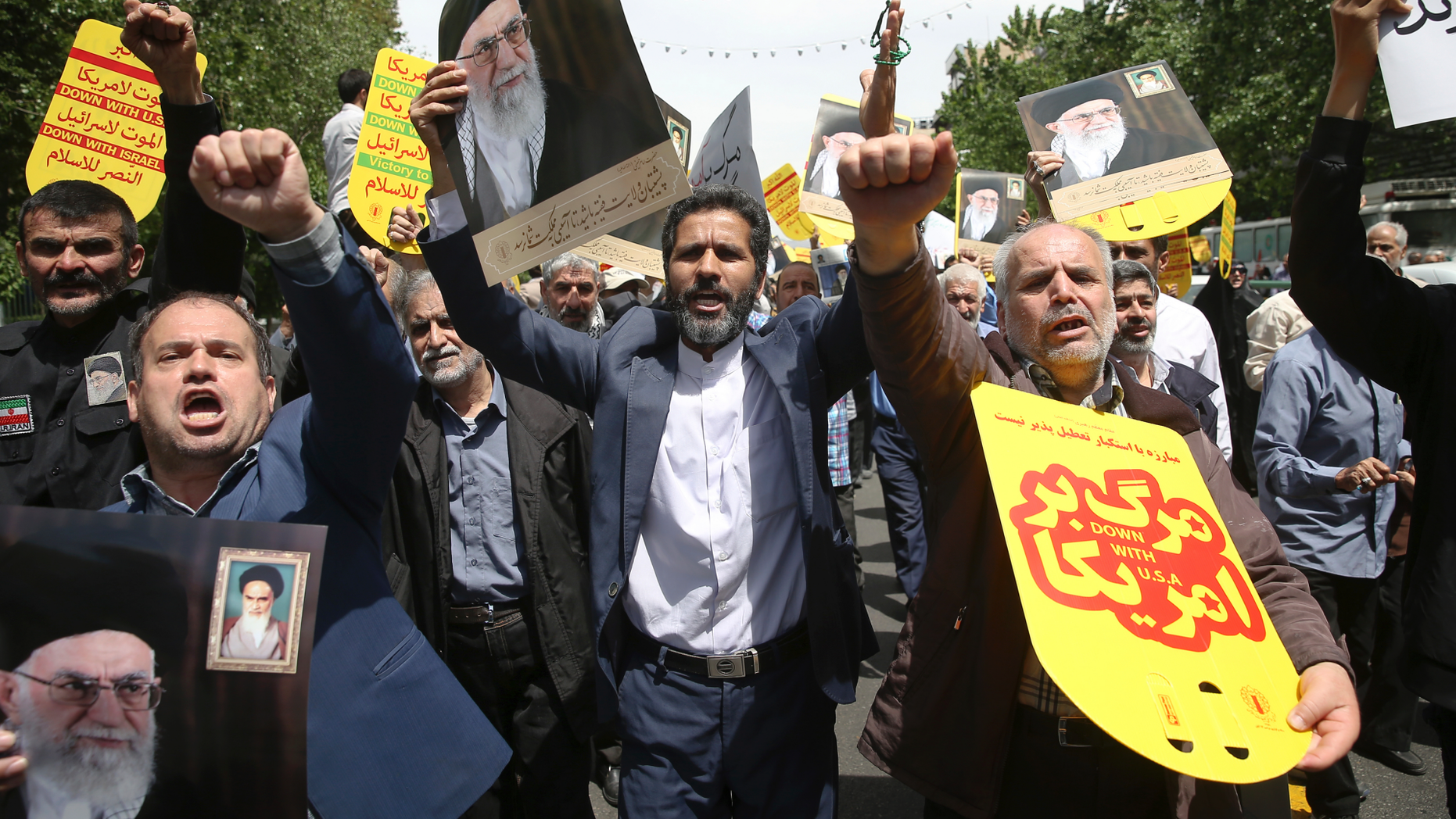 Worshippers chant slogans against the United States and Israel during a rally after Friday prayers in Tehran, Iran, Friday, May 10, 2019. A top commander in Iran’s powerful Revolutionary Guard said Friday that Tehran will not talk with the United States, an Iranian news agency reported — a day after President Donald Trump said he’d like Iranian leaders to “call me.” (AP Photo/Ebrahim Noroozi)

WASHINGTON – The U.S. will move a Patriot missile battery into the Middle East to counter threats from Iran, the Pentagon said Friday, reflecting ongoing concerns that Tehran may be planning to attack America forces or interests in the region.

The Defense Department released a statement about the move but provided no details. An official said the decision comes after intelligence showed that the Iranians have loaded military equipment and missiles onto small boats controlled by Iran’s Revolutionary Guard. The official was not authorized to discuss the information publicly and spoke on condition of anonymity.

Officials had said earlier this week that sending a Patriot battery to the area was under discussion and was part of the initial request made by the Pentagon’s U.S. Central Command. They said it took a few days to get final approval for the Patriot, a long-range, all-weather air defense system to counter tactical ballistic missiles, cruise missiles and advanced aircraft.

The U.S. removed Patriot missile batteries from Bahrain, Kuwait and Jordan late last year. It was not clear if the battery would go back to one of those countries.

U.S. officials announced Sunday that they would rush an aircraft carrier strike group and bombers to the region. The aircraft carrier USS Abraham Lincoln and accompanying ships have passed through the Suez Canal and are now in the Red Sea.

Officials had initially indicated that the military moves were based in part on indications that Iran had moved short-range ballistic missiles onto small boats called dhows along its shore.

Officials would not say if the intelligence showed that the boats have mobile launchers on them. But a notice to mariners in the region has warned of potential threats to commercial maritime traffic.

John Bolton, the national security adviser, announced the initial moves on Sunday, citing “troubling and escalatory indications and warnings” but did not explain what they were.

On Friday, a defense official said the Iranian threats also include potential attacks by Iranian proxies, such as Shia militias in Iraq.

Several officials said they have not yet seen any tangible move by Iran in reaction to the U.S. military shifts in the area. But they also noted there have been no attacks.

U.S. Secretary of State Mike Pompeo made a quick visit Tuesday to Baghdad to meet with top leaders and underscore Iraq’s need to protect Americans in their country.

The Pentagon also said Friday that the USS Arlington, an amphibious transport ship, will move to the Middle East region earlier than planned. The ship is in Europe and will be replacing the USS McHenry, which is scheduled to leave.