Ten Connecticut high school students were arrested after participating in a food fight so wild it left a teacher injured and a school resource officer hospitalized, officials said.

The “out of control” ordeal took place at Westhill High School in Stamford on Friday after students planned the fight and circulated it on social media, the Stamford Police Department said in a news release.

The fight included “hundreds of students running out of the school, many throwing eggs, water and soda cans,” in addition to “a few skirmishes.”

The situation was so chaotic that investigators said a school resource officer who was hit in the head with a full can of soda had to be transported to the ER and treated for a laceration and a concussion. A teacher at the high school was injured after “she was trampled by a mass of students.” 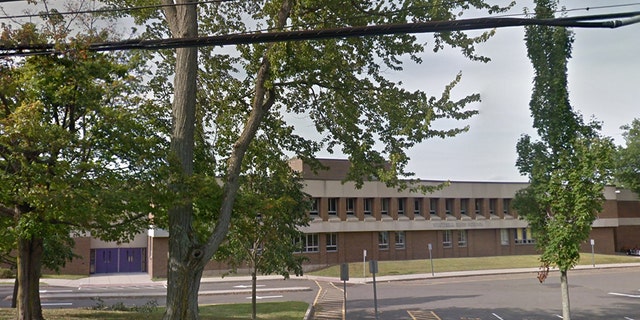 Ten students have been arrested after a food fight broke out at Westhill High School in Stamford, Connecticut, according to police. (Google)

“We realize that the citizens, parents, teachers and vast majority of the students do not condone this behavior,” the police department wrote. “This is not the learning environment we expect and demand for our children in this City.”

Following a “countless” number of hours investigating and reviewing surveillance footage, police arrested 10 juveniles in connection to the food fight. They’re scheduled to appear in juvenile court. The department said the charges “range from Riot in the 1st degree, Breach of Peace to Reckless Endangerment and Assault on a Police Officer.”