The police chief of a tiny California department — where an illegal immigrant suspected of driving drunk is accused of killing a cop the day after Christmas — took a swipe at lawmakers Monday during a ceremony to pay respects to peace officers slain in the line of duty.

A tearful Newman Police Chief Randy Richardson said Cpl. Ronil Singh was the “protector between good and evil” before he was shot to death, allegedly by Gustavo Perez Arriaga, a Mexican national who was arrested two days later about 200 miles away from where Singh was shot. Prosecutors said he was preparing to flee to Mexico.

“Part of me knows this is how Ron would want to be remembered,” Richardson said at the annual California Peace Officers’ Memorial Ceremony across from the Capitol. “He died a hero.” 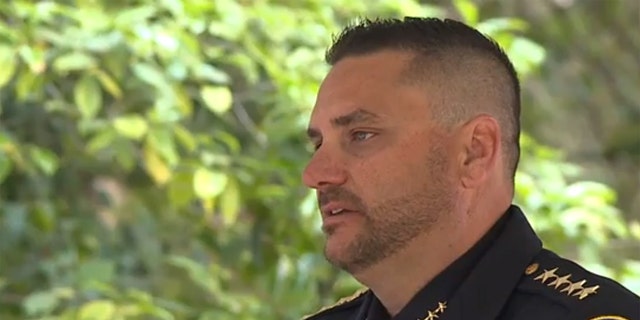 Newman Police Chief Randy Richardson scolded California lawmakers during a ceremony to remember fallen officers on Monday, saying that “policies that are coming from across the street are making it more difficult to do things.” (FOX40)

Singh’s killing rekindled a debate over California’s sanctuary law that limits cooperation with federal immigration authorities. It includes more than 800 exceptions for violent crimes and felonies and bars police from asking people about their citizenship status.

President Trump also seized on the case to call for tougher border security amid a fight with congressional Democrats over funding for a border wall that forced a partial government shutdown. 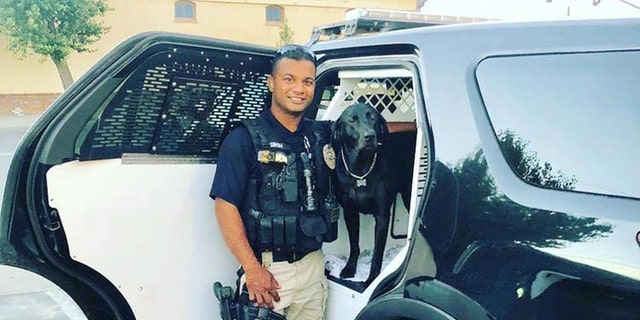 Officer Ronil Singh had been employed with the Newman Police Department since 2011. (Stanislaus County Sheriff’s Department)

Legislators in the Golden State are currently debating whether to toughen the standard for when police can legally use deadly force. Assembly Bill 392 would update the “reasonable” deadly force standard to “necessary,” in addition to making it easier to file criminal charges against officers who use lethal force if other options are available, according to the Sacramento Bee.

Richardson briefly touched on the bill, which has been heavily criticized by law enforcement officials.

“Evil can only triumph when good men and women do nothing. And the policies that are coming from across the street are making it more difficult to do things,” he told the crowd of hundreds of law enforcement officers and their families. “But yet I know, looking out at the sea of green and blue, that we will never stop.”

Richardson told Fox News back in January that Singh was his first hire when he became chief in 2011. The officer had legally emigrated from Fiji to fulfill his dream of becoming a police officer. Last month, the Modesto Bee reported that Mendoza entered the not guilty plea to a murder charge in Stanislaus Superior Court.

The chief wasn’t the only person who spoke out in support of law enforcement. California Supreme Court Chief Justice Tani Cantil-Sakauye, whose husband is a retired Sacramento police lieutenant, praised officers as “first to be on scene and almost always the second to be questioned.”

FAMILY OF CALIFORNIA COP SAYS WIDOW HAD ‘GOOD CONVERSATION’ WITH PRESIDENT TRUMP, RELEASES NEW VIDEO OF HIM WITH SON

Besides Singh, the ceremony honored seven other officers killed in the line of duty last year and two who died decades ago. Among those included Ventura County Sheriff’s Sgt. Ronald Helus, accidentally shot by a fellow officer while he responded to a mass shooting in November and Pomona Police Officer Greggory Casillas, who was killed by gunfire from a barricaded suspect in March 2018. 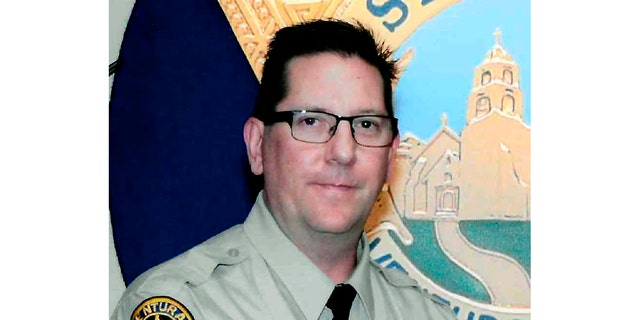 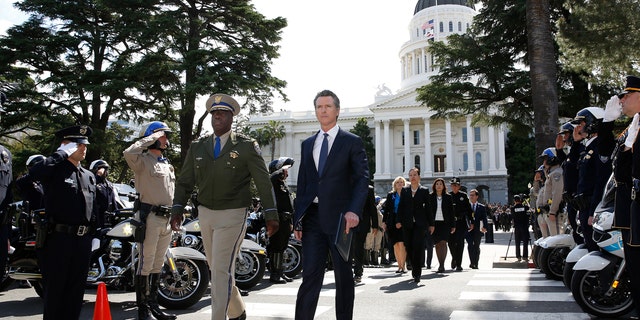 Newsom, who did not take questions from media, did not address Richardson’s remarks.

Democratic state Sen. Cathleen Galgiani of Stockton, who opposes currently proposed changes to the lethal force standard, told the Associated Press after the ceremony that lawmakers should be “very thoughtful and balanced” in trying to limit shootings by police while recognizing that officers are protecting communities.