Navy SEAL found not guilty of murder, rank restored by Trump: Where is he now? 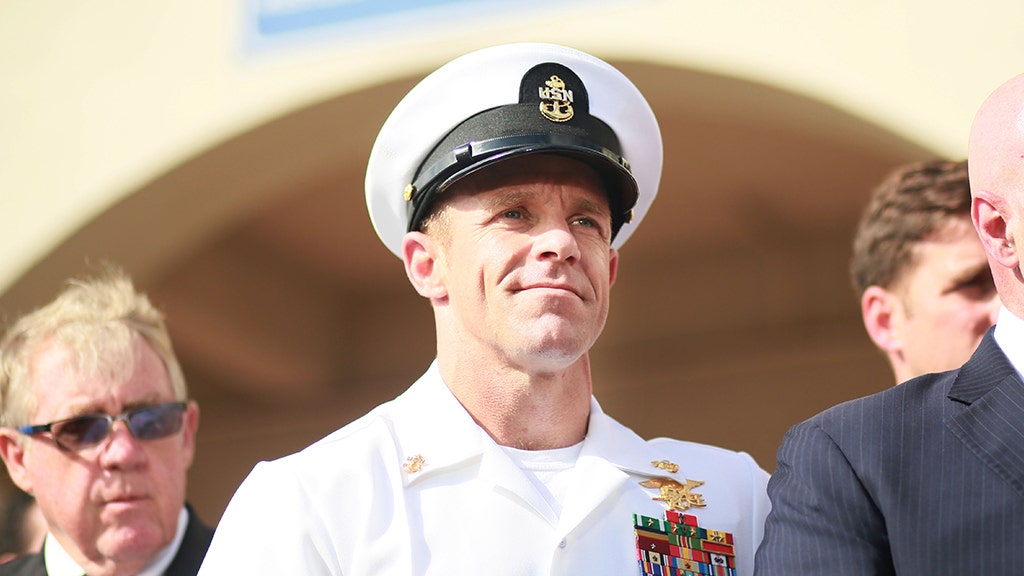 Navy SEAL Eddie Gallagher’s journey has been a harrowing one. After facing charges of war crimes and the possible loss of his Trident pin, he is now a free man and speaking out about his new lease on life.

“As I look back over the past year I cannot help but feel blessed,” he told Fox News. “Even though my family and I went through this horrific ordeal we refused to play the victim card.”

Gallagher, a 15-year SEAL, was found not guilty of murdering an Islamic State (ISIS) fighter in 2017 but was convicted of posing with the dead prisoner’s corpse. The Navy reduced his rank from chief petty officer to 1st class petty officer and considered revoking his Trident.

President Trump took notice of Gallagher’s story after it garnered national media attention and intervened on his behalf to restore his previous rank, in November. He also stopped the Navy from seeking further disciplinary action against him and fired Navy Secretary Richard Spencer for his handling of the case.

Following his acquittal, Gallagher sued his former attorneys for allegedly delaying his case to run up his legal bills. He also accused the prosecutors of acting illegally and unethically.

“We exposed the corruption of NCIS [Navy Criminal Investigative Service], the systemic weak senior leadership in NSW [Naval Special Warfare Command] and the illegal actions conducted by the prosecutors,” he told Fox News.

“The fight is not over for us, like we stated from the beginning, if this can happen to us it can happen to anyone! Going forward we will continue to push for reform in the way the military treats its warfighters and the country treats their first responders.”

The prosecutors from the case were awarded Navy Achievement medals just eight days after Gallagher was acquitted on most of the charges. Trump had the medals promptly rescinded and described the attorneys’ actions as “incompetent.”

Gallagher, who retired from the Navy in November 2019, is now focused on nonprofit work with his wife, Andrea.

Their new venture, “The Pipe Hitter Foundation,” is a 501(c)3 that seeks to provide financial and legal support for “veterans, police officers and their families.”

The foundation’s main goals are to establish legal defense funds and improve communication between civilian communities, and America’s men and women in uniform.

“The Gallagher family tragically learned how broken the system is, that our warfighters can be unfairly and unjustly targeted, and how vital outside help can be in fighting back against this kind of corruption,” the group’s website reads.

“They vowed, having lived through the terror of his case and escaping injustice, they would commit themselves to helping others in similar situations and fight to reform a broken system.”