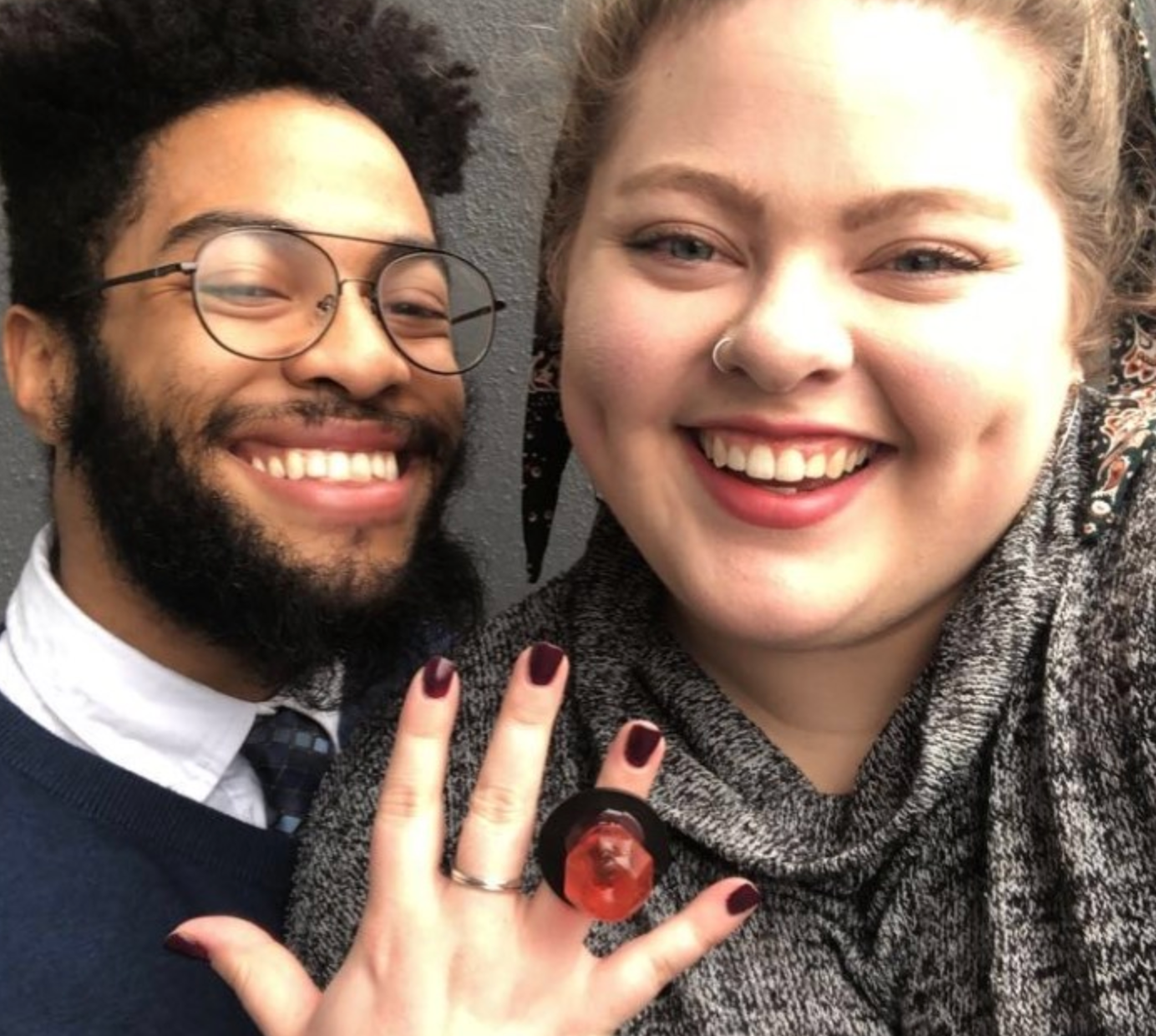 Caroline Floyd and Chase Dews planned on getting engaged on the second anniversary of the day they first met. That day, however, fell squarely in the middle of the state’s stay-at-home orders, which made purchasing Caroline’s ring for the planned engagement nearly impossible, so they improvised with a Ring Pop.

Caroline Floyd and Chase Dews are one of the many couples forced to get creative during the coronavirus pandemic. The Maryland residents had planned on getting engaged on the second anniversary of the day they first met. That day, however, fell squarely in the middle of the state’s stay-at-home orders, which made purchasing Caroline’s ring for the planned engagement nearly impossible.

“Chase and I had talked a lot about getting engaged on our two-year anniversary, but a few days before our anniversary, Chase told me that he didn’t have the ring so he wasn’t going to be able to do it,” said Caroline. “I was completely sad, but then he pulled out the Ring Pop!”

The idea of a Ring Pop proposal, however, was not completely unexpected for the couple. The couple told Fox News that ever since they had seen the first Deadpool movie, a proposal with a Ring Pop had been an inside joke between them.

In the movie, Ryan Reynolds’ character Wade Wilson shares an intimate bedside moment with his girlfriend Vanessa, played by Morena Baccarin, and then asks her to marry him with a Ring Pop.

“After the movie, we kept saying how funny it would be if we did that,” recalled Chase. “And then Ring Pop just became an inside joke between us for the rest of our relationship, and is why we would eventually end up having one around.”

Much like a Deadpool movie, the situational irony didn’t end there for the couple either. They live next door to the mall where Chase picked out – but not yet bought – Caroline’s engagement ring.

“We look out of our patio window, and there is the mall and there’s our ring locked up in there,” said Chase.

The ring that Chase will eventually get at the mall will mark the couple’s third official engagement ring. Caroline wanted to wear something other than a Ring Pop, so they had ordered a bargain-ring online.

Chase told Fox News he saw the multiple proposals as a silver lining in the pandemic.

“You know, three proposals, a lot of people don’t get this much practice in a positive context!”

For more on the engagement story of Caroline Floyd & Chase Dews, watch the full interview above.

Emily DeCiccio is a reporter and video producer for Fox News Digital Originals. Tweet her @EmilyDeCiccio.