Apple has unveiled a brand new “secret lab” that aims to invent the future of recycling.

The sci-fi facility in Texas will use artificial intelligence and a squadron of robots to rip apart iPhones – all in a bid to save the planet.

It’s called the Material Recovery Lab, and has been set up for research and development to improve recycling tech for gadgets.

The 9,000-square-foot facility is based in Austin, Texas, and hopes to create “next-gen” ways of scrapping your iPhone.

Apple has promised to use “robots and machine learning” – including the Daisy recycling robot.

Apple announced the Daisy robots last year as a way to more efficiently disassemble the iPhone.

It’s since gone through several upgrades, and can now disassemble 15 different iPhone models at a rate of 1.2million per year.

Daisy robots are based all around the world, pulling out key metals and minerals that can be re-used on other gadgets.

The new lab will work with Apple’s own engineering teams, as well as scientists from universities. 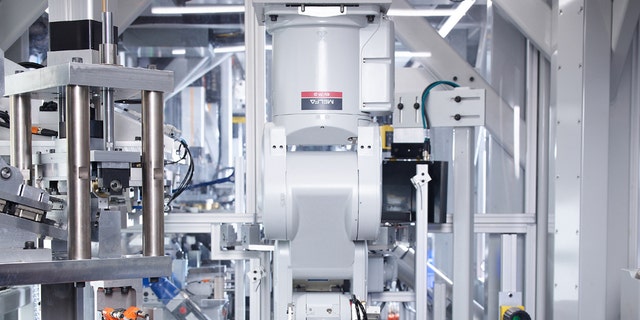 The firm has essentially set up a replica of one of these facilities to improve how recycling takes place.

Better still, Apple has vowed to share its findings with other tech firms – allowing them to scrap gadgets in a more eco-friendly way too.

Apple says it set up the facility because no efficient recycling tech exists for some materials.

Apple also revealed that it’s made some significant improvements when it comes to making gadgets more ethically.

For instance, aluminum recovered through Apple’s Trade-In program is now being remelted into the enclosures of the MacBook Air.

And Apple is using 100 percent recycled tin for the main “logic boards” on 11 different products.

This story originally appeared in The Sun.