Australian Prime Minister Scott Morrison was forced to apologize this week after he was harshly criticized for being on vacation in Hawaii while two volunteer firefighters died battling the massive wildfires ravaging through New South Wales.

Morrison said he would return to Sydney on Saturday, cutting his family vacation short, after two young firefighters died Thursday when a tree fell on their truck, causing it to roll off the road. Both men, fathers to 19-month-old children, died on the scene while three other firefighters were taken to the hospital.

“I deeply regret any offense caused to any of the many Australians affected by the terrible bushfires by my taking leave with family at this time,” Morrison said, adding that the first responders that died were “bravely defending their communities with an unmatched spirit and a dedication that will forever set them apart amongst our most courageous Australians.” 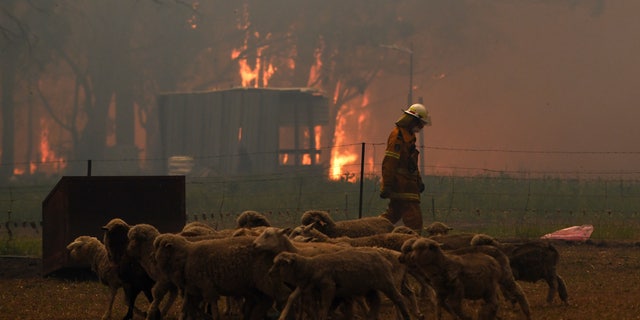 “To not be coming home after their shift is a tremendous grief and I applaud the families and the loved ones for their remarkable comprehension of what’s been unfolding,” he told reporters.

New South Wales declared a seven-day state of emergency Thursday as around 2,000 firefighters battled 100 wildfires across the state. Around 7.4 million acres of land has burnt nationwide during a torrid past few months, with six people killed and more than 800 homes destroyed. 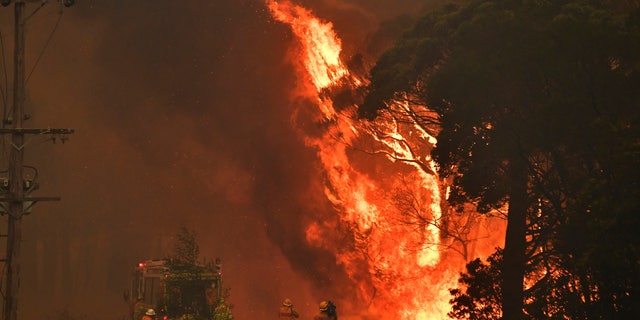 A fire truck is seen during a bushfire near Bilpin, 56 miles northwest of Sydney, on Dec. 19, 2019. (Mick Tsikas/AAP Images via AP)

The annual Australian fire season, which peaks during the Southern Hemisphere summer, started early after an unusually warm and dry winter.

Melbourne on Friday was shrouded in smoke wafting from the New South Wales wildfires much like the haze that has often blanketed Sydney during the past month, making its iconic skyline barely visible.