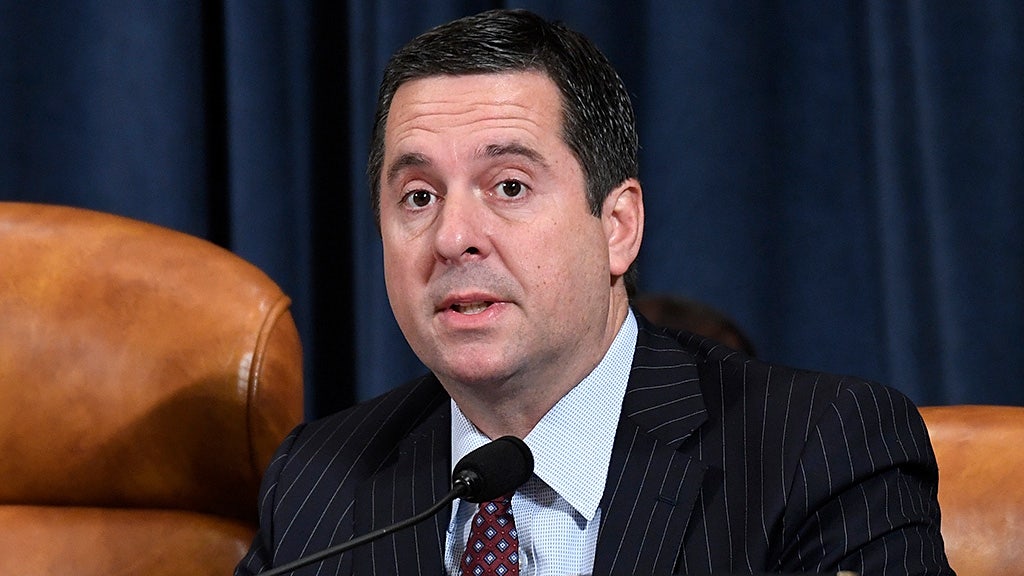 Partisan House Democrats have “hijacked” the Intelligence Committee and are attempting to concoct “ludicrous” theories about President Trump to aid their impeachment efforts, said Rep. Devin Nunes, R-Calif., during his opening statement on Capitol Hill Wednesday.

“This episode shows how the Democrats have exploited the Intelligence Committee for political purposes for three years, culminating in these impeaching hearings,” Nunes added. “No conspiracy theory is too outlandish for the Democrats… Clearly, these ludicrous accusations don’t reflect committee members who are honestly searching for the truth. They are the actions of partisan extremists who hijacked the Intelligence Committee… and turned it into a beachhead for ousting an elected President from office.”

Nunes began listing theories long held by Democrats about Trump’s nefarious actions, including the claim that he himself is a Russian agent. He also highlighted claims that the Trump campaign thrived on stolen documents, was assisted by Russia, was blackmailed by Russia, and that Trump was laundering Russian cash through his real estate ventures.

“It’s a long list of charges, all false,” Nunes said. “You have to keep that history in mind as you consider the Democrats’ latest catalog of supposed Trump outrages.”

“The key figures behind this impeachment crusade — all proclaimed that impeachment is so damaging to the country that it can only proceed with bipartisan support,” he said. “Are those declarations suddenly no longer true? Did impeachment become less divisive?

“Of course not,” Nunes continued. “They know exactly what kind of damage they’re inflicting on this nation. But they’ve passed the point of no return.”

“I shared concerns of the potential quid pro quo regarding the security aid with Senator Ron Johnson,” Sondland said Wednesday. “And I also shared my concerns with the Ukrainians.” He stressed he never got a clear answer on why the aid was held up, saying in the absence of an explanation he came to believe that the aid and the investigations were linked.