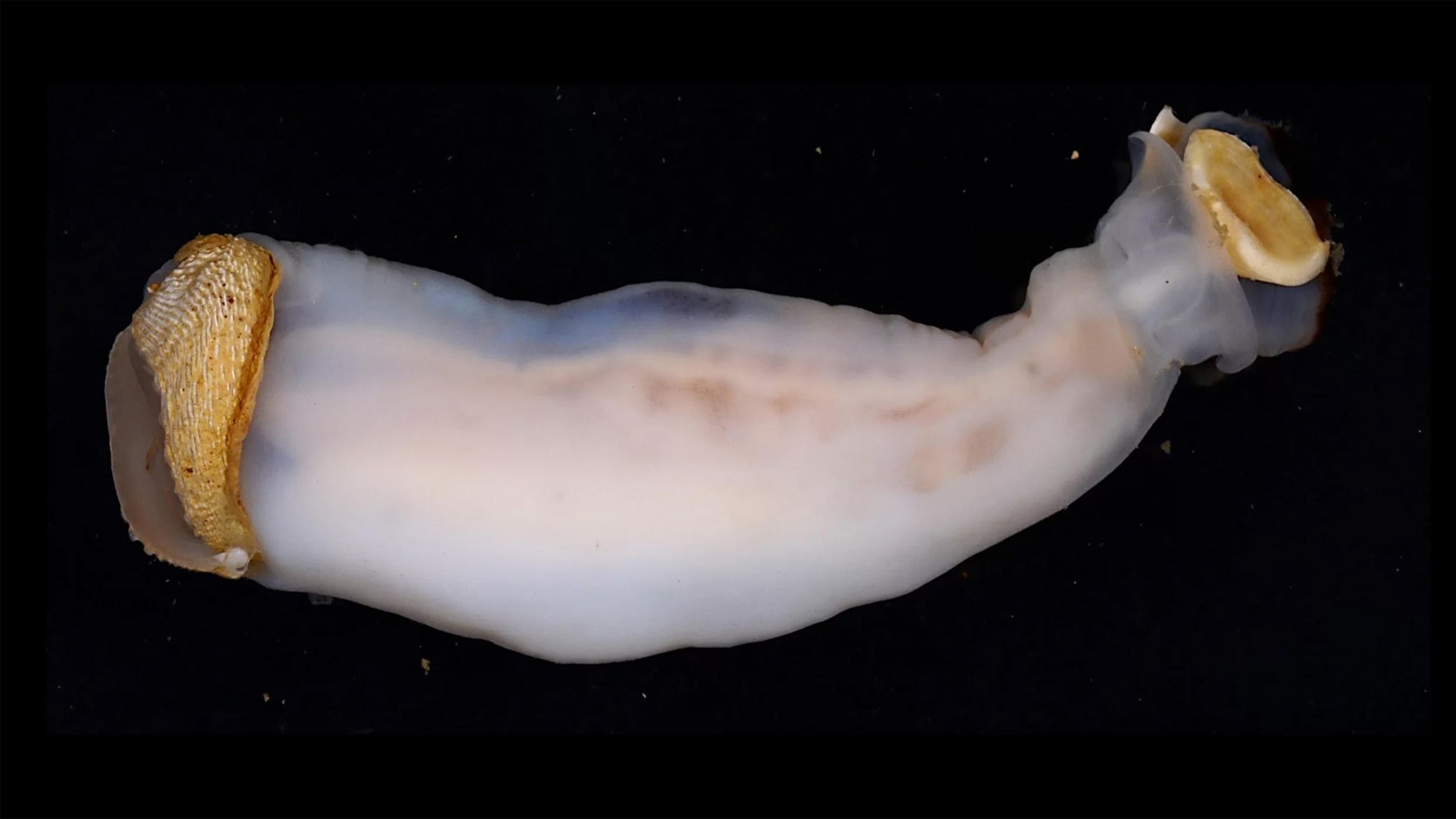 Rocks might not sound like a delectable meal to most life-forms, but it’s on the menu for a newly identified species of a plump, bizarre-looking clam.

However, though this clam consumes limestone, its discoverers aren’t sure if the creature snags any actual food from those rocks. For instance, do the bacteria in the clam’s gut help to break down the rock and release nutrients?

“We want to look at the symbionts, the bacteria that live inside these animals, to see if they are providing any nutrition, and this is an area of research we are currently focusing on,” said study lead researcher Reuben Shipway, a postdoctoral researcher at the Marine Science Center at Northeastern University in Massachusetts. [In Photos: Spooky Deep-Sea Creatures]

The newfound clam is a type of shipworm, the name for a group of clams so called because they devour wood, especially from ships. Wood is hard to eat, but adaptations help these clams burrow into the material; those adaptations include “small rows of small, sharp teeth on the shell and a special organ for wood storage and digestion, called the caecum,” Shipway told Live Science.

Every known shipworm eats wood, so Shipway and his colleagues were surprised when Philippine locals in Bohol province told them in 2018 about a freshwater shipworm that ate rocks. Locally, it’s known as “antingaw,” and young mothers eat it because they think it will help them lactate, he said. (The newfound species was noted in a recent expedition led by French biologist Philippe Bouchet at the Museum of Natural History in Paris, but it was the locals who helped the new team locate the mysterious shipworm, the researchers said.)

Unlike other shipworms, the newly named Lithoredo abatanica (which roughly means “rock shipworm from the Abatan River”) has lost all its wood-boring adaptations, including the caecum, Shipway said. Rather, this clam’s “shell has these really large, shovel-like projections for digging into rock,” he said.

The creature’s shell crunches the rock, which the animal then eats, digests and expels as a fine sand. “There are a small number of animals that do ingest rock — for example, birds use gizzard stones to aid digestion,” Shipway said. “But Lithoredo abatanica is the only known animal that eats rock through burrowing.”

He described the rock-eating clams as “pretty bizarre — they are plump, translucent, worm-like clams.” Most of the specimens the researchers collected were 4 inches (10 centimeters) long, but a few individuals were much larger.

“When I was diving in the river, I saw burrows that were over 2 feet [60 cm] in length!” Shipway said. “So, there may be some absolute monsters living deep in the rock.”

By eating rock, L. abatanica is literally changing the course of the river, Shipway added. “These burrows also provide habitat for countless other species living in the river, including crabs and fish,” he said. “This is a very rare, yet very important process in freshwater environments.”

The study was published online today (June 19) in the journal Proceedings of the Royal Society B: Biological Sciences.