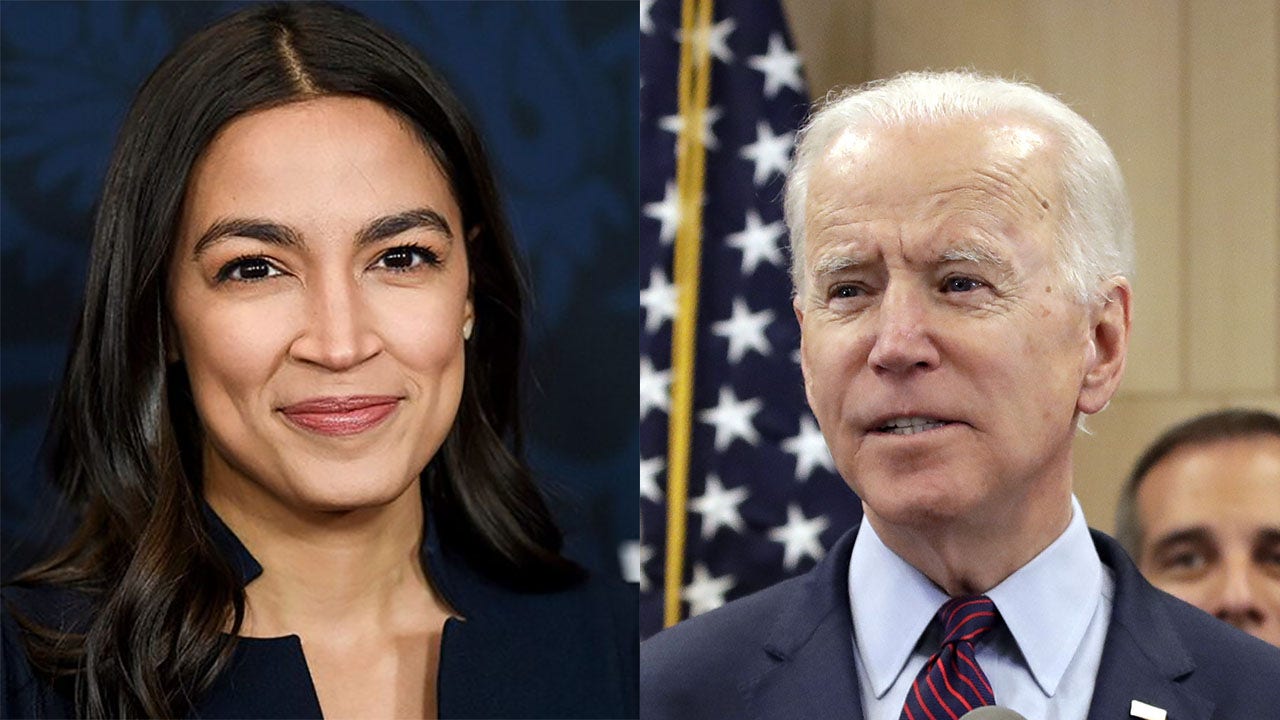 Joe Biden “overperformed” in this week’s Super Tuesday primaries because he faced “low expectations” going into the contests, a key surrogate for Biden’s chief rival for the Democratic presidential nomination said this week.

U.S. Rep. Alexandria Ocasio-Cortez, D-N.Y., who backs Sen. Bernie Sanders for president, made the comments in an interview Wednesday with CNN’s Chris Cuomo.

The congresswoman said the Sanders camp wanted to be good “sportsmen” about Biden’s strong day at the polls — but she claimed the former vice president’s recent wins represented a “moment,” not a “movement.”

Sanders’ team was left reeling this week after Biden pulled off wins in 10 states — including Massachusetts, Minnesota and Texas, where Sanders was expected to do well. Sanders, meanwhile, won his home state of Vermont, as well as Colorado, Utah and the delegate-rich prize of California.

“For the folks who are making that decision in the 72 hours before [Super Tuesday] where you have these dramatic developments – that is compelling but that is an event, it is a moment, it is not necessarily a movement,” Ocasio-Cortez told Cuomo.

In contrast, she claimed Sanders has been building a real movement for years, arguing his strong support among Latinos will put critical states in play in November’s general election if Sanders ultimately wins the party’s nomination this summer.

Prior to Super Tuesday, Biden had yet to win a state race, finishing fourth in Iowa, fifth in New Hampshire and second in Nevada.

Cuomo pushed back against Ocasio-Cortez’s observations, however, noting that voters “didn’t show up” for Sanders on Tuesday.

“The young people who you are promising to the party, that you can bring in, didn’t come in anywhere,” he told her. “How do you explain that with any optimism?”

After Super Tuesday exit polls showed Sanders continued to struggle with African-American support and that voter turnout among those under 30 was down in most states, the senator admitted he was “disappointed” with the data. Turnout among younger voters didn’t exceed 20 percent in any state Tuesday and was closer to 10 percent in several, NPR reported.

Ocasio-Cortez suggested to Cuomo that the percentage of young voters in California, which Sanders won “by a lot,” might have been higher, but NPR reported that voters under 30 made up only 11 percent of the turnout there.

Cuomo said that while Sanders’ campaign wanted to win around 60 percent of Super Tuesday’s delegates it may receive closer to 40-45, depending on California. By Friday evening, Biden had 664 delegates to Sanders’ 573 — not including some Super Tuesday delegates still to be allocated, according to the Associated Press.

“Well, we can’t get too greedy sometimes,” Ocasio-Cortez laughed.

“It’s a greedy business,” Cuomo answered. “You need everything you can get because you’re at a disadvantage going into the convention.”

The breadth of Biden’s win Tuesday — that went from the Deep South to New England to the Midwest and Texas — stunned politicos, especially given that he defeated Sanders in states where Biden ran no ads and hadn’t visited a single time during the campaign.