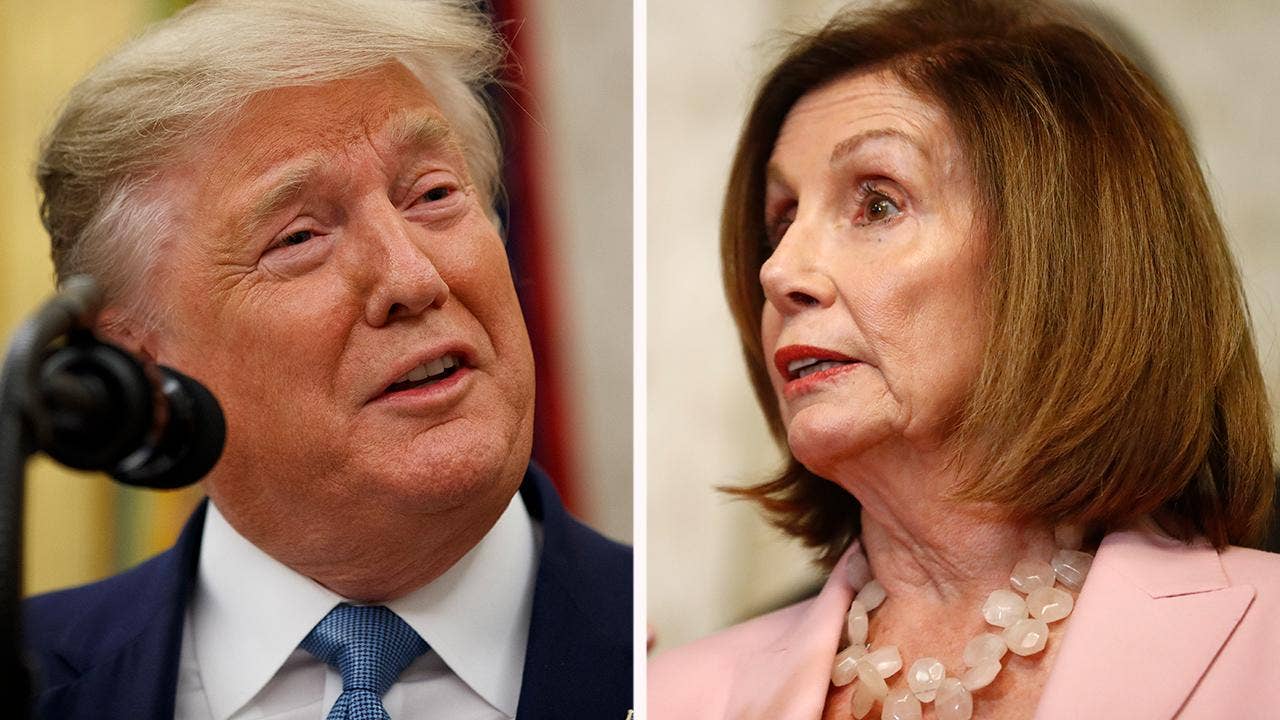 House Speaker Nancy Pelosi’s announcement that she has no plans to hold a vote to formally approve an impeachment inquiry of President Trump has been met with an outcry from Republicans and the White House who argue the ongoing probe lacks legal authority.

Still, Democrats are continuing to call witnesses with Michael McKinley, former senior adviser to Secretary of State Mike Pompeo, appearing Wednesday for a closed-door interview, as the White House resists Democrats’ investigatory efforts based on the House’s refusal to hold a vote.

Meanwhile, legal analysts say that should this clash end up before a judge, House Democrats could have a tricky time in court.

“Pelosi seems to believe that she can hold a press conference and expect courts to accept that a formal impeachment process has begun,” George Washington University Law Professor Jonathan Turley wrote in a Wednesday morning blog post. “Some judges are likely to be uncomfortable with such an immaculate impeachment.”

Volker was spotted back on Capitol Hill on Wednesday, and U.S. Ambassador to the EU Gordon Sondland is scheduled for testimony Thursday.

In her announcement that she does not intend to call a vote, Pelosi defended her decision, pointing to how the Constitution does not specify how the House must carry out impeachment investigations.

“There’s no requirement that we have a vote, and so at this time we will not be having a vote,” Pelosi said.

Pelosi’s approach, however, does not find support in precedent. The impeachment investigations of Presidents Andrew Johnson, Richard Nixon, and Bill Clinton were both initiated after the full House of Representatives voted to approve them.

In the past, Turley noted, “House members felt a responsibility to vote on whether to start the process. Most importantly, it gives clarity to a federal court in balancing congressional demands against executive privilege.”

Executive privilege was one of the protections mentioned by Counsel to the Vice President Matthew Morgan in a Tuesday letter to the chairmen of the House Intelligence, Foreign Affairs, and Oversight Committees, who are overseeing the ongoing inquiry. Morgan’s letter claimed that the committees’ request for documents was overbroad because it included some documents that were “clearly not vice-presidential records,” and that the request was not within the realm of “legitimate legislative oversight.”

Morgan also pointed to the Democratic majority’s unorthodox methods in carrying out their investigation.

“Never before in history has the Speaker of the House attempted to launch an ‘impeachment inquiry’ against a President without a majority of the House of Representatives voting to authorize a constitutionally acceptable process,” Morgan wrote, noting that “House rules do not delegate to any committee the authority to conduct an inquiry under the impeachment power of Article I, Section 2 of the Constitution.”

This echoed an Oct. 8 letter to Pelosi and the committee chairs from White House counsel Pat Cipollone.

“Given that your inquiry lacks any legitimate constitutional foundation, any pretense of fairness, or even the most elementary due process protections, the Executive Branch cannot be expected to participate in it,” Cipollone said.

Trump’s attorney Rudy Giuliani is also refusing to cooperate with Democrats. A letter to the House Intelligence Committee’s investigation counsel from attorney Jon Sale said Giuliani “will not participate because this appears to be an unconstitutional, baseless, and illegitimate ‘impeachment inquiry.’”

Schiff, meanwhile, insists that his investigation has revealed presidential wrongdoing, despite the Trump administration’s lack of cooperation.

“The Office of Management and Budget, State Department and the DOD have failed to comply with Congressional subpoenas,” Schiff tweeted Wednesday. “Despite this unprecedented obstruction, we’ve uncovered significant evidence of Trump’s abuse of power. And we’ll continue to expose the truth.”