Gen. Keane: Trump must tell Turkey to ‘stop the killing’ in Syria or face retaliation 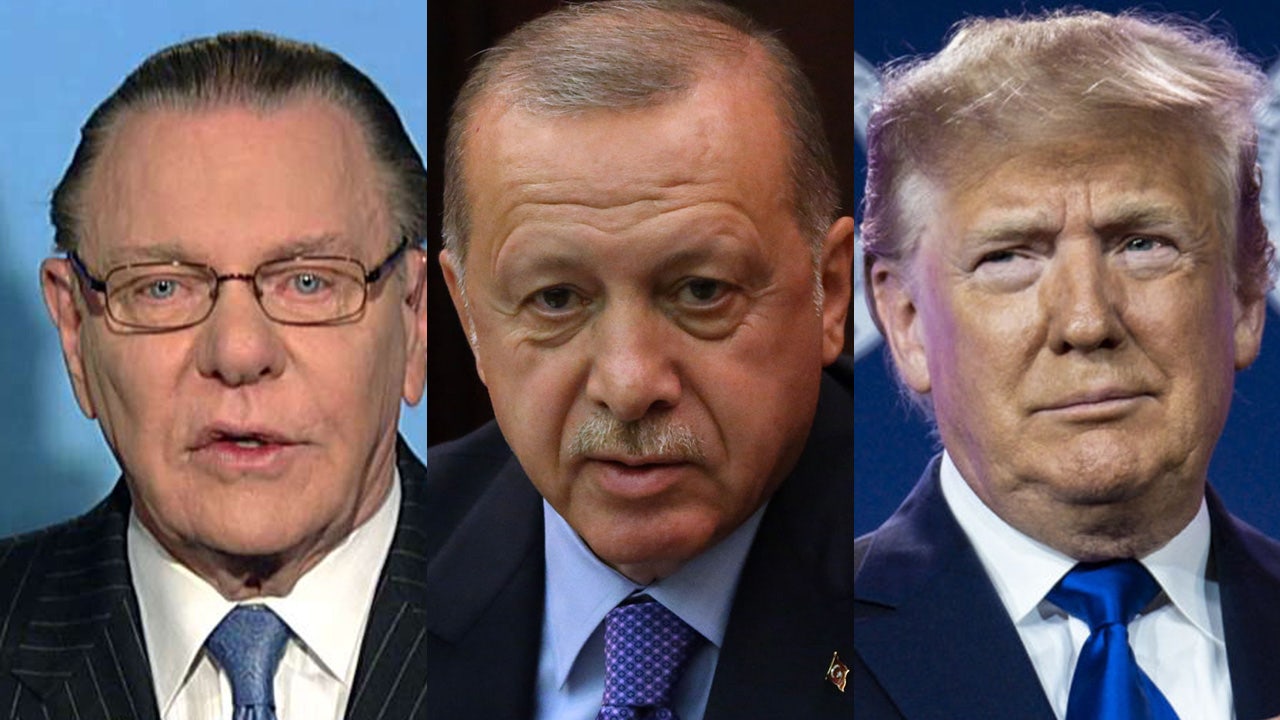 Sanctions against Turkey are a positive step, but President Trump must take immediate and forceful action to deter the invasion of northern Syria, retired Gen. Jack Keane said Monday on “America’s Newsroom.”

Keane, a Fox News senior strategic analyst, said Turkish President Recep Tayyip Erdogan has broken his promise to Trump to set up safe zones in the region and not target homes and civilians.

“Sanctions that the president and Congress are proposing are very good, something we should do and the sooner we do it, the better,” said Keane, adding that, more importantly, Trump must also tell Erdogan to “stop the killing” immediately.

He said Trump should tell Turkey that the U.S. will “put our no-fly zone in place [and] take control of the airspace” and that Turkey will face retaliation if the killing is not “shut down.”

Keane said Erdogan “wants no part” of a military conflict with the United States and would have no choice but to pull back his forces.

“This is what we should have done at the outset, to be frank about it, but we are where we are right now,” he continued.

The war-monitoring group Syrian Observatory of Human Rights said a Turkish airstrike Sunday killed at least nine people – including five civilians – while other reports claimed that the convoy that was targeted included foreign journalists, according to Haaretz.

A spokesman for the Kurdish forces put the death toll at 11 killed and more than 74 injured, but it was not immediately clear how many were civilians. France 24 reported that at least one journalist was among the dead, while two French reporters also were injured in the attack.

According the Syrian Observatory, 74 Kurdish fighters have been killed since Wednesday, as well as 21 civilians and 49 Turkish-backed Syrian opposition fighters.