Little Mix star Jesy Nelson says she tried to kill herself after she was subjected to relentless trolling on Twitter about her appearance.

She took an overdose of pills and went to bed — but was saved because her then-boyfriend found her and called an ambulance.

Jesy, 28, speaking for the first time about her suicide attempt, said: “I just remember thinking, ‘I just need this to go away, I’m going to end this.’

SUICIDE PREVENTION: EXPERTS GIVE TIPS ON HOW TO HELP THOSE STRUGGLING WITH SUICIDE

“I remember going to the kitchen and just took as many tablets as I could. Then I laid in bed for ages and kept thinking, ‘Let it happen. Hurry up’.” 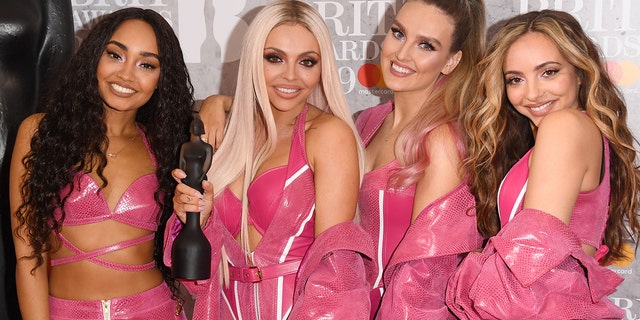 Perrie Edwards, Jesy Nelson, Jade Thirlwall and Leigh-Anne Pinnock of ‘Little Mix’ in the winners room during The BRIT Awards 2019 held at The O2 Arena on February 20, 2019 in London, England.

A source close to the star said: “She confessed to him what she had done. An ambulance came to the house and was able to sort her out.

“They were able to get there in time and save her life. Jesy told her close family members, one member of her management team and her bandmates, who were devastated.”

Jesy has spoken out about her November 2013 suicide attempt for the first time to help raise awareness of the effect trolling can have on young people.

’13 REASONS WHY’ MAY HAVE TRIGGERED SUICIDE SEARCHES ONLINE

Her mental health was so affected by the abuse she began struggling to keep up with her commitments in the band, which was becoming a pop music force with hits such as “Move,” “DNA” and “Wings.” 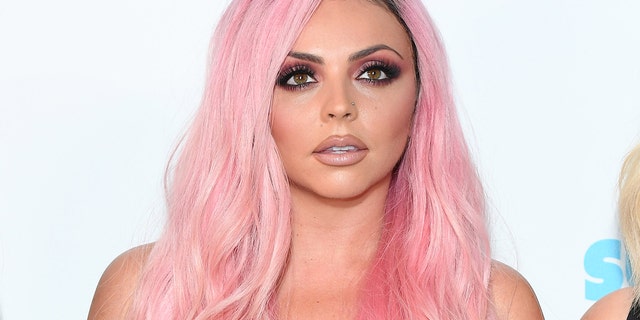 Jesy, recalling her ordeal in BBC1 documentary “Odd One Out,” said: “I just remember thinking this is never going to go.

“I’m going to constantly wake up and feel sad for the rest of my life. So what is the point in being here? I physically couldn’t tolerate the pain anymore.”

Jesy, who is now dating Love Island star Chris Hughes, has turned her life around and permanently quit Twitter, deleting the app from her phone.

The source added: “She got rid of Twitter and immediately felt better. She will never go back on it.

“It’s a big decision to open up about something so personal but she’s determined to help others.”

Jesy had been subjected to horrific online bullying since finding fame as an “X Factor” winner in 2011. She had been put together with Perrie Edwards, Jade Thirlwall and Leigh-Anne Pinnock to form Little Mix.

She told how all four members were forced to sign up to social media in the wake of their win. Jesy said: “We were all told we had to have social media and it completely changed my life.

“The whole world had an opinion on me and they weren’t good ones.

“From the minute those comments started, it became one of the worst times of my life.

“I wasn’t known as one of the singers from Little Mix. I was always known as the fat, ugly one. It literally consumed every part of me.” In the documentary, which screens on Thursday night, she reveals the sort of abuse she suffered.

The cruel comments included: “Fat singing whale,” “The fat one is repulsive,” “Kill your f—ing self,” “Go chop your f—ing head off,” “Jesy’s face is deformed,” “That one from Little Mix looks like Miss Piggy from the Muppets.”

Jesy said she did not have body confidence issues before joining social media.

She added: “As a kid I was very very confident. I never had any issues with the way I looked, my weight — until everything changed. Being in Little Mix is just the best thing that’s ever, ever happened to me. But I hit such a low point in my life that I stopped turning up for work.

“From the minute the comments started it got worse and worse. My brain started to believe everything people were saying about me. I felt embarrassed. I felt ashamed.”

If you or someone you know is considering suicide, please contact the National Suicide Prevention Lifeline at 1-800-273-TALK (8255).

This article originally appeared in The Sun.