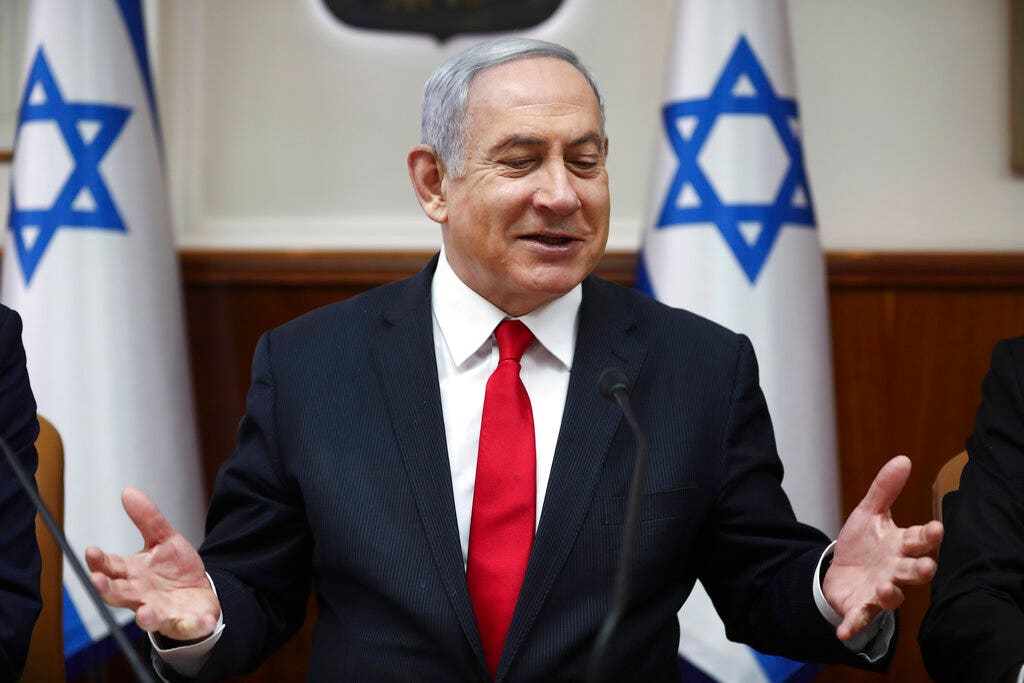 Pompeo met with Netanyahu and Gantz on Wednesday week to discuss Israel’s plan to annex part of the West Bank and the Trump administration’s Israeli-Palestinian peace plan.

Netanyahu said he was “confident” President Trump will honor his commitment to help Israel carry out the annexation, which will be done in coordination with the U.S.

POMPEO DISCUSSES WEST BANK ANNEXATION WITH ISRAEL’S NETANYAHU: ‘THERE REMAINS WORK YET TO DO’

But while American support for Israel remains strong, the same can’t be said for European nations.

Even as the coronavirus pandemic rages globally and is hitting several European countries fast and hard – and when the global economy is teetering in response – Europe still has time to engage in one of its favorite pastimes: criticizing and opposing Israel.

It is not surprising to see the European Union and some of its member states trying to outrace each other on warning Israel’s new government against annexation of part of the West Bank.

A major provision in the new Israeli coalition’s agreement includes a July 1 green light on annexation of territory in the so-called Area C in the West Bank, an administrative section delineated in the 1993 Oslo Accords. It is administered by Israel, and contains several clearly defined Israeli population centers, most of which are contiguous to Israel.

But while European nations are quick to criticize Israel, they are passive about the real threats to stability in the region.

Just last week, Mohsen Rezaei of Iran’s Expediency Council threatened to “raze Israeli cities to the ground” even in the event there is a U.S. response to Iranian attacks against American forces in Iraq.

These threats – to destroy Israeli cities filled with civilians and wipe out “the Zionist entity” and the “Zionist cancer” – are made on a regular basis by leading Iranian officials like Rezaei. The response in Europe to such genocidal rhetoric is essentially a collective yawn.

It reminds one of similar language used by the Palestine Liberation Organization in the years when it was hijacking airliners, attacking synagogues in Rome and Antwerp, planting bombs in buses in Israeli cities, and calling for Israel’s destruction. At the time, much of this was dismissed by European governments as “Israel’s problem,” or minimized as just being for “home (Palestinian) consumption.”

In other words, don’t take it seriously. That, while Iran continues its malign presence in Syria, attacks American bases in Iraq, re-stocks the arms depots of the terrorist group Hezbollah, counts the terrorist group Hamas as a willing ally, sends a military satellite into space, and marches on in its ultimate goal of developing nuclear weapons.

Indeed, most European states are still not sure whether or not to call the nuclear deal with Iran – the JCPOA (Joint Comprehensive Plan of Action) – a failed enterprise, even while Iranian efforts to dominate the Middle East proceed apace.

And yet, Europe always has time to express bias against Israel.

Pronouncements out of Brussels from the European Union’s top foreign policy chief, Joseph Borrell, called annexation by Israel “a serious violation of international law” and said the EU “will act accordingly.”

Similar warnings have come from Paris, Berlin and other capitals. Threats of imposing sanctions on Israel and the recall of ambassadors are being made, all in the name of protecting a two-state solution to the Israeli-Palestinian conflict.

Since the-then European Economic Community (the forerunner of the EU) 1980 Venice Declaration that endorsed Palestinian self-government, Europe has been largely supportive of the Palestinian narrative to the conflict.

When the EU has imposed discipline of voting at the United Nations, member states often abstain on Israeli-Palestinian issues, which to the Palestinian camp is seen as wavering support in Europe for Israel.

When left to vote on their own, some European countries have voted with the Palestinian side on issues concerning Jerusalem, for example, at UNESCO or even at the World Health Organization.

There is also an interesting breakdown when no EU bloc voting is imposed at the U.N. Most countries in Central and Eastern Europe are more inclined to be supportive of Israel. But instances of such “open voting” are few and far between.

If Europe wanted to be helpful it would have been pushing the Palestinians from the time of the 1993 Oslo accords to resolve their conflict with Israel by going to the negotiating table and making reasonable and reciprocal compromises with the Jewish state.

It has been repeated often, but bears saying again: opportunities for the Palestinians to make a deal have been presented numerous times over many years – at Camp David, after Israel’s withdrawal from Gaza, at Annapolis and with then-Secretary of State John Kerry’s initiative. But the Palestinians have always walked away, because making peace would require their taking less than the zero-sum result they have been promising their people.

The Europeans know full well – as the Palestinians certainly do – that the Israeli population blocs close-in to Israel will not be relinquished in any negotiated settlement. This became clear during the Annapolis conference in 2008 and at all attempts at talks since then. And even if annexation were to occur, that would not preclude the formation of a Palestinian state at some point in the future.

For the past almost four years, the Palestinian Authority has given a cold shoulder to the Trump administration’s efforts to get peace negotiations with Israel started, and then shut down completely on Trump’s “deal of the century” peace plan.

In the meantime, the world has moved on. Iranian aggression in Iraq, Syria, Lebanon and Yemen has recalibrated threats and challenges in the region.

Regional strategic alignments are changing, and Israel’s place in the region – in that camp that recognizes the Iranian threat to what we used to call pro-Western countries – has marginalized the decades-long urgency to place the Palestinian issue front and center.

Except in Europe. Its recent threats and bullying of Israel suggest a disconnect from the strategic reality on the ground. A two-state solution today may mean something different than it did 10 or 20 years ago.

The decades-long absence of goodwill on the Palestinian side, and the continued presence of Hamas in Gaza, means Israel must have a security presence in the Jordan Valley. For the same reasons, demilitarization of whatever Palestinian entity that may result from a negotiation is now a given. And a right of return for Palestinians and their descendants who fled the state of Israel when it was created in 1948 will not happen.

Two months out, we still have no clear indication of exactly what “annexation” will actually mean. It might include the Gush Etzion bloc and the city of Maale Adumim only, both large population centers very close to Jerusalem. Other options abound. Or, the whole idea could become moot, with the can being kicked down the proverbial road.

What we do know is that Europe, which has nothing to show for its now four-decade support of Palestinian statehood, has failed in getting any return on its investment by convincing the Palestinian leadership to drop its nihilistic war against the existence of a Jewish state and negotiate an end to the conflict.

As important, Europe seems incapable – or worse, unwilling – to persuade the Palestinians to do what they’ve refused to do until now, which is to finally level with their people about what is do-able and what is fantasy. Only by doing this will Palestinian leaders begin bettering the lives of those they’ve used over decades to advance their own positions of status and power. The way to do this is by ending the conflict with Israel.

Europe has not held the Palestinians accountable, despite protestations to the contrary. As they give a free pass to the Palestinian Authority in the West Bank – which continues to glorify and venerate those who have carried out acts of terror not only against Israelis, but Europeans and Americans as well – European governments have retreated into their familiar role of hectoring Israel.

Whatever one might think of annexation, Europe’s sanctimonious threats to Israel of sanctions, recalling ambassadors and worse will not move the conflict one inch closer to resolution. Israel deserves better from Europe, where anti-Semitism is rife.

Much of European anti-Semitism is connected to the steady drumbeat of anti-Israel rhetoric on the Internet and over the public airwaves – and from statements of political figures – that have created a threatening environment for Jewish communities across the continent.

To use a cliché from our times, it’s time for Europe to get real. With all the uncertainty swirling around us, are bluster and threats to a sister democracy – which happens to be sandwiched in the midst of chaos on all sides – a constructive use of its time?  Better to level with the Palestinian leadership, rather than indulging it and raising its expectations.