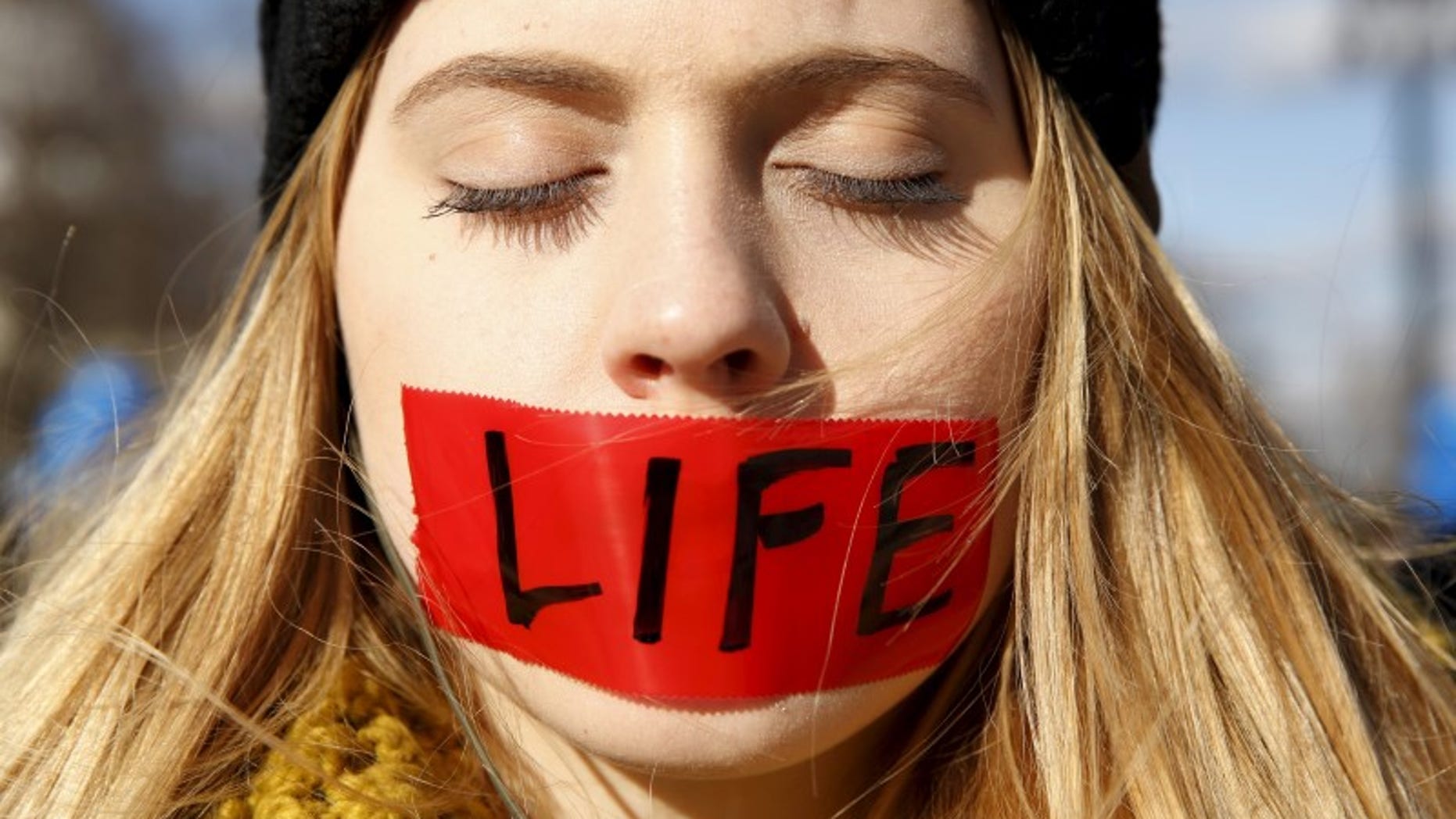 A protester with her mouth taped stands in front of the U.S. Supreme Court in Washington (Copyright Reuters 2016)

I am a Christian who is all for free speech—but freedom of speech does not mean freedom from consequences.

After my last op-ed for this outlet, which was about the future of the church, I received thousands of negative comments from other Christians. People even tracked down my email address so they could personally inbox their animosity. One follower of Jesus emailed to tell me I was personally responsible for an increase in school shootings. Another said my “way of thinking is what makes people kill themselves.”

And this is just one, small example of how Christians are so quick to turn on other Christians online. As soon as there’s a difference of opinion, Christians undo Jesus’ prayer in the Garden of Gethsemane that we would be one as God and Jesus are one, by piling on unmerited personal insults.

While Jesus said we should love one another, treat others kindly, and pray for people regularly, it seems his followers prefer to troll one another, tweet about others maliciously, and prey on people. And when Christians take to Facebook, Twitter, Instagram and YouTube to attack each other with irresponsible, non-empathetic vitriol, it’s our faith that suffers.

CHURCH AS WE KNOW IT IS OVER. HERE’S WHAT’S NEXT

I’ve watched Christians routinely justify their criticism with Jesus’ words in Matthew 18:15-20, telling ourselves that we have the religious duty to confront fellow believers with their “sin”. But in doing so, we deliberately step over the application of this passage, which comes when Jesus tells us to treat people who refuse our correction as a “Gentile and a tax collector” (verse 17). Do you remember how Jesus treated Gentiles and tax collectors? He visited their homes. He ate with them. He had compassion for them. He served them. He loved them.

What do Jesus’ followers do in the age of social media? We vilify them in the comments section.

Instead of using scripture to start conversations like Jesus so often did, we use scripture to end conversations. But as author Bob Goff says; “Jesus told the people he was with that it’s not enough to just look like you love God. He said we’d know the extent of our love for God by how well we loved people.”

VIRGINIA WOMAN CAPTURES IMAGE OF CHRIST IN THE ROCKS

Well, when Jesus was asked who we should love by a religious expert, he said we should love everyone—including those we are most different from. Jesus answered this question by telling a story we know as The Good Samaritan. Nowadays, we use this story to represent the importance of roadside assistance—but that wasn’t the point when Jesus told the parable. To the Jews listening to Jesus, the Samaritans were the most despised of people groups. To them, there was no such thing as a “good” Samaritan because they believed there was not an ounce of good in Samaritans! It would be like saying someone was a “good white supremacist.”

But by making the morally inferior, theologically incorrect, racially despised Samaritan the hero of the story, Jesus was saying we should love ALL of our neighbors—even those we disagree with, who frustrate us, who have a completely opposite world view, who vote differently, and even those people who have hurt us.

This is, of course, easier said than done, but it starts by asking who the “Samaritan” is in your life. Who is the person, or people group, you most despise?

For me, it’s the uncle who sexually abused me from the age of six until I was 11. This man caused me to grow up feeling scared, worthless, rejected, and ashamed—am I supposed to treat him kindly Jesus? Am I supposed to pray for him?

According to Jesus, yes.

Simple to say, extremely hard to do. Jesus didn’t call us to respond with malice and vindictiveness to people who mistreat, disrespect, hurt, or offend us—even when it is justified. He called us to the exact opposite–to love.

The world says revenge, retribution and retaliation are justified—but if Christians are going to make a difference in the world, we have to be different from the world. As pastor Andy Stanley says; “Imagine a world where unbelievers were skeptical of what we believed, but envious of how we treated one another.”

I’m sure some reading this are already winding up to lob unkind words, trolling comments and angry emails my way … I just hope and pray the Christians reading this will see that the world is changed by our example, not our angry opinions—and we are changed by the example of Jesus.