2. What Attractions Will You Find in Star Wars: Galaxy’s Edge 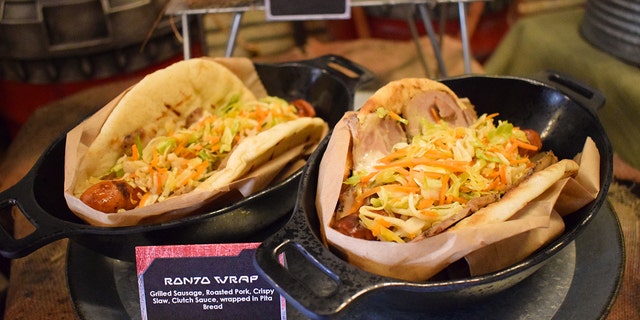 The grab and go, walk around sandwich option is a BBQ Ronto Wrap. A grilled sausage with roasted pork, slaw, and wrapped in a pita bread is tastier than the dinosaur-like Star Wars creature from Tatooine might imply. (Dave Parfitt)

There are two signature rides/attractions inside Star Wars: Galaxy’s Edge – Millennium Falcon: Smuggler’s Run and Star Wars: Rise of the Resistance. Only the Millennium Falcon attraction will be open when the land debuts May 31 at Disneyland (and August 29 at Walt Disney World), no opening date has yet been announced for Rise of the Resistance (except “later this year”). In addition to the two signature rides & attractions, the entire Star Wars: Galaxy’s Edge land is designed as an interactive playground using the Star Wars: Datapad app. There are also highly interactive shop experiences as well as food and merchandise marketplace.

Go to Falcon, go directly Falcon, do not pass go, do not collect Galactic Credits…

Until Rise of the Resistance opens, Millennium Falcon: Smuggler’s Run is the only ride available in the new land. You may not see it right away, as it’s hidden in the back with an impressive cinematic reveal. The wait for Millennium Falcon: Smuggler’s Run will undoubtedly build throughout the day (and there is currently no FastPass); so ride as soon as you can – the shops and food will always be waiting to take your credits. 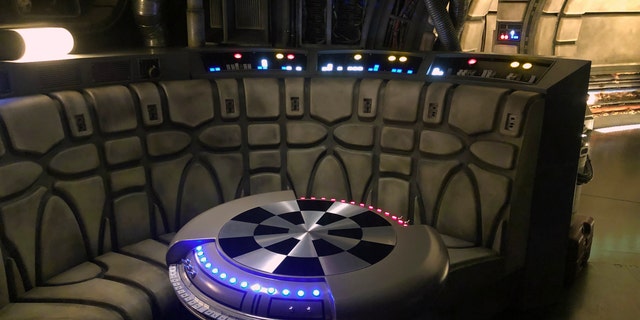 Once aboard, you and your crew wait in the ship’s main hold and lounge, where you can sit at the holo-chess (Dejarik) table or inspect other equipment around the room (lots of Star Wars Easter Eggs here too). (Dave Parfitt)

For those who have always imagined stepping inside the cockpit and taking the controls of this iconic Star Wars ship, Millennium Falcon: Smuggler’s Run is a dream come true. The attraction is truly a participatory experience you share with family, friends, and fellow crew members. As Han Solo says, “she may not look like much, but she’s got it where it counts.”

Groups of six fly the “Fastest Hunk of Junk” in the galaxy, and everyone has a role – Pilot, Gunner, and Engineer. Your team controls the flight and mission of the Millennium Falcon, and the outcome of the experience changes depending on how the flight crew works together.

The ride is suitable for young children, provided they are not overly sensitive to darkness and loud noises. You will get bumped, shaken, and rattled along the way. Those prone to motion sickness might consider not opting for the front Pilot position. Gunner and Engineer sit further from the screen, and might prevent some of the nausea from occurring.

4. Star Wars: Rise of the Resistance

We still do not have many details for Star Wars: Rise of the Resistance, but Disney confirms it will open later this year. The ride is billed as one of the most ambitious attractions ever created by Walt Disney Imagineering. Inside Galaxy’s Edge is an encampment of the Resistance, and guests are invited to join as new recruits.

5. Build Your Own Lightsabers or Droids 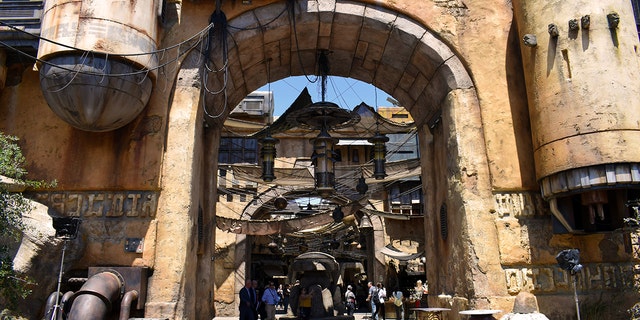 In addition to the rides, guests on Batuu can craft their own lightsaber at Savi’s Workshop. This is a premium experience priced at close to $200/lightsaber that takes approximately 20 minutes. It’s a highly interactive show where you are led through the building process by a Master Craftsman and their apprentices. Fourteen people at a time can enter the chamber to craft a lightsaber, and only one guest can accompany the builder (it is a very intimate space, and large crowds will not fit).

The Droid Depot is a separate workshop filled with parts and materials for guests to make their own R- or BB-unit. The remote-controlled Droids will also use Bluetooth technology to interact with other Droids and objects throughout Star Wars: Galaxy’s Edge. Similar to the hand-built lightsabers, the Droid Depot is a premium interactive experience starting around $100. 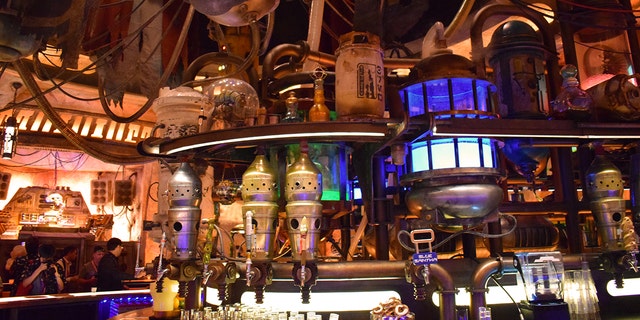 Oga’s Cantina is the local hangout that serves both nonalcoholic drinks and alcoholic outer-worldly and on-planet cocktails. The family-friendly establishment has a droid, DJ Rex (who fans may recognize from Star Tours), who spins the music and provides local color. (Dave Parfitt)

Dining options inside Star Wars: Galaxy’s Edge are highly themed to immerse guests within the universe. The signature drink of the land is Blue Milk (but it’s not actually milk at all). Served at the Milk Stand, the stall offers both Blue (first served to Luke Skywalker in the original “Star Wars” film) as well as Green Milk (enjoyed by Luke Skywalker in the latest film “Star Wars: The Last Jedi”). Blue Milk is a berry-flavored non-dairy frozen drink made from rice and coconut milk – very fruity, light, and refreshing. Green Milk (also frozen drink from rice and coconut milk) is more citrusy and minty.

Need something a little stronger than milk? Oga’s Cantina offers the first alcoholic drinks available to the general public in the 60+ year history of Disneyland. Oga’s Cantina has some light bites to go with the drinks – a sweet “lava roll” and oats in the morning and Batuu Bits crispy snack bits later in the day.

7. Soak up the Atmosphere with Play Disney Parks App 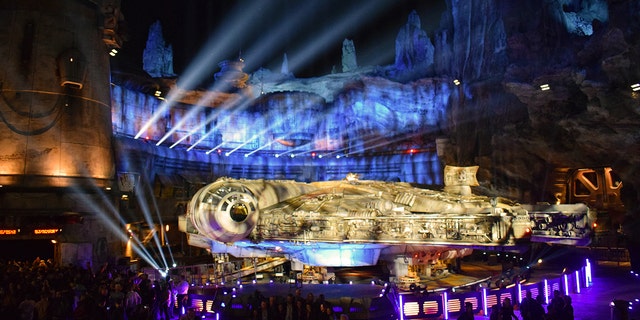 Millennium Falcon: Smuggler’s Run attraction lit up during the dedication ceremony of Star Wars: Galaxy’s Edge. Walt Disney Imagineer, Asa Kalama, the creative lead on developing the Millennium Falcon ride, said “from early on in development we knew we wanted to allow people to fly the Falcon.” Those Imagineers teamed up with Lucasfilm to create a 1:1 replica of the Millennium Falcon set as it appeared in the latest film “Star Wars: The Last Jedi,” and that’s where the story begins. (Dave Parfitt)

With Star Wars: Galaxy’s Edge, the Walt Disney Imagineers and Lucasfilm did not set out to create just a ride or two, but, instead, immerse visitors into a living, breathing, working community filled with Resistance fighters, First Order troopers, Jedi, rogues, scoundrels, smugglers, and everyday citizens. The key to unlocking the rich and multi-layered experience is with the free Play Disney Parks mobile app. Star Wars: Galaxy’s Edge integrates with the Play Disney Parks app and transforms your phone into a Star Wars: Datapad. Using the app allows families to play with elements inside the land and also participate in a multiplayer game called “Outpost Control” to support either the First Order or Resistance.

Once you’ve experienced Star Wars: Galaxy’s Edge main attractions, take time to savor the citizens and environs, and soak up the soaring Star Wars score from Academy-Award Winner John Williams that all combine to make up Black Spire Outpost on Batuu.  You will have a much richer Galaxy’s Edge experience.