What commuting in NYC will look like after the coronavirus

New York City’s mass transit system has kept running throughout the coronavirus pandemic — but it is a ghost of its former self.

Ridership on the subway is down 90 percent. Service is running at 75 percent. For the first time ever, the subways close for four hours every night so the MTA can clean and cops can clear out the homeless who have flocked to the system.

Even ridership on the breezier New York City Ferry Service is down 80 percent.

Meanwhile, almost half of New York City residents plan to avoid mass transit when coronavirus lockdowns begin to ease off, according to one survey — and drivers are already roaring back into the streets. 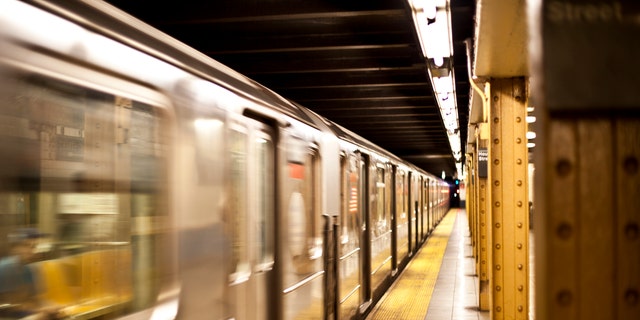 As the Big Apple moves towards lifting lockdowns, here’s what experts say the future of commuting in New York City could look like.

When will people return to the transit system in NYC?

It’s been more than 70 days since Mayor Bill de Blasio first told New Yorkers to avoid mass transit, and MTA officials continue to push the message that the system is reserved only for essential workers.

“Our goal right now is to carry first responders and essential employees to and from work,” MTA Chairman Pat Foye told WCBS Radio on Friday.

“Those are nurses and doctors and utility workers and grocery store workers and transit workers of course, and all the other people who are keeping New York running right now.”

But even as the city’s economy reopens and the MTA welcomes other commuters aboard, health experts expect many former riders to opt out until there is a coronavirus vaccine.

“Anytime there’s a lot of crowding — especially if people are coughing and sneezing and you’re in an enclosed space — that’s not a good place to be,” said Dr. Isaac Weisfuse, a medical epidemiologist from Cornell University Public Health and the former deputy commissioner of the city health department.

“People who might have relied on the subway a lot more in the past will probably rely on it less.”

The state-run agency itself has said it expects ridership to be at a mere 50 to 60 percent of pre-pandemic levels at the end of the year.

Many of those opting out could instead start crowding the roads — or CitiBike docks.

According to a recent poll by research firm Elucd, 31.5 percent of locals plan to use transit less by walking, biking or driving when lockdowns are lifted.

Biking and driving already appear to be on the upswing. Vehicle miles traveled across the New York region rose to 50 percent of pre-crisis levels for the first time earlier this month. And bike crossings over the four East River Bridges during the first weekend of May this year were nearly double an average May weekend last year.

How will NYC commutes change in the future?

For those who do brave the transit system, the MTA is already requiring riders to wear masks and has placed social-distancing floor markings at a handful of Upper East Side stations.

It has also ramped up cleaning, and is trying out special “anti-microbial” disinfectants, as well as UV lamps on trains, in an effort to kill the virus.

But officials have already admitted that keeping six feet of distance between riders on trains and buses will be all but impossible in the future.

Foye last last week said “everything is on the table” as the agency tries to figure out how it can move forward.

One idea he has pitched is reserved seating using “Ticketmaster technology” to ensure fewer straphangers — though he admitted it would be logistically challenging.

Experts have suggested a number of other measures to make transit safer — or at least make commuters feel like it is.

Ideas that have been floated include: cordoning off every other seat, opening windows to bring in more fresh air, splitting trains into “A” and “B” cars so that only certain doors open at certain stations, installing hand-sanitizer dispensers, creating apps to tell riders if the next train or bus is too full, and tech that can identify people with fevers.

AECOM Digital Innovation VP Orla Pease said her firm is helping connect American transit leaders with ideas being tested in Asian and European countries that are further along in the pandemic.

One novel idea: turning up the lights, which Pease said will make stations at least feel cleaner.

“When you go to a darker part of the station, it gives the perception that it isn’t as clean,” she said.

The already cash-strapped agency is facing a huge financial losses thanks to the virus, but health experts said money will have to be invested to get results.

“There are things that you can do that, yes, they may require more public resources, but will have a bigger impact,” said Hofstra University public health professor Dr. Anthony Santella. “You can’t just tell everyone not to use public transportation.”

The level of overcrowding may also depend on decisions made outside transit agencies, experts said — employers can help by keeping workers at home, or staggering start times if they can’t.

“In 1918 [during the Spanish Flu pandemic] what they did is they made certain time periods for certain industries, if you were a grocer you could take the subway between 9 and 9:30 for example,” Weisfuse said.

Meanwhile, the city’s roads will become even more gridlocked than before as commuters ditch mass transit — unless leaders start preparing to make changes now.

If just one out of every four former transit commuter switched to driving, the average car trip would increase by over seven minutes, according to an analysis by Vanderbilt University engineering professor Dan Work.

“If they’re in single-occupancy vehicles, then we’re looking at a post-pandemic reality where traffic is worse,” he said.

“I hope I’m wrong and that none of those travel time increases materialize. All these scenarios are preventable. All that traffic is a huge economic and environmental loss.”

Mohamed Mezghani of the International Association of Public Transport put it more bluntly.

“The city will collapse because of the increased congestion,” he said. “That’s the main challenge.”

This article originally appeared on the New York Post.