“States are doing it. So why hasn’t Congress increased the federal gas tax?” So goes the headline in Saturday’s Washington Post advocating for yet another attempt to pick the pockets of the middle class—and along with them, the minimum wage workers least likely to afford it.

The Post prints a litany of reasons why the Federal Government should raise the gas tax on top of what the states severally, are doing. Here are a couple.

Congress last raised the federal gas tax in 1993, which means that the 18.4-cent-per-gallon levy has fallen more than 40 percent in real terms. That is a rough indication of how much incentive for consumers to drive less, and to drive more fuel-efficient vehicles, thus reducing carbon emissions, Congress has passively forfeited.

These leftists cannot resist using the tax code as a cudgel to sanction behavior they disapprove of, such as driving oneself somewhere without permission from government. Note the language. The leftists simply must promote their climate change scam. What’s worse is how they view your hard earned money. “…Congress has actively forfeited.” Such arrogance. It’s not your money. It’s ours!

The shrinking gas tax is a major reason the Federal Highway Trust Fund has enough money to meet its obligations only through fiscal 2020.

Sorry folks. That’s just false to fact. One reason the so-called, “Federal Highway Trust Fund” is running short of cash is because of the Davis-Bacon Act (David Webb, are you listening?). Davis-Bacon adds 40 percent to any construction project which uses Federal funds. Stay tuned for a follow-up to that particular issue.

The other reason is that no politician, local, state or federal, can resist shoving his snout down into that money trough up to the shoulders. Surprisingly, the Post halfway admits that (emphasis mine)

Obviously, a different political dynamic pertains to federal gas taxes, which are collected more remotely from where they are spent and used for mass transit, as well as roads.

Mass transit, Bike Paths and all sorts of other non Federal Highway projects that take advantage of the slush fund that gas taxes provide fodder for.

Yet the states’ experience demonstrates that the American people are open to more rational fuel taxation and that Congress’s old excuses for avoiding it may no longer apply.

Yes, hard-working Americans are willing to pay for their use of the roads. However, what they usually end up getting, is higher taxes and crappy roads. They are certainly tired of their hard-earned dollars being siphoned off to promote the leftist agenda—bike paths and other such nonsense that does little if anything to make their daily commute any better.

You can find his other Red State work here.

I had the opportunity a short while ago to have a nice little conversation on the air with David Webb. Webb, a conservative pundit has a regular call in show on Sirius XM. We got to speaking about the Russian attempt to meddle in our elections. I like listening to Webb because he is a great analyst. He gets right to the fundamentals, often before many other folks.

The thing that caused me to call into the show that particular day, was Webb’s comment regarding the Democrat Party and Russian meddling in our election. As usual, Mr. Webb brought into focus something that has been long ignored, actual Democrat culpability in the Russian Interference issue. I’m not talking about Clinton, the “dossier” or any of that media chum.

I’m talking about the ultimate Russian objective, which wasn’t to elect a preferred candidate in the U.S. Presidential election, but rather to sow chaos and undermine the public’s faith in our system. Webb as far as I know, is the only major pundit to clearly call out the Democrats—and the press too, for actually helping to achieve the Russian objective of sowing discord—discord meant to undermine the public faith in our electoral systems and institutions.

And what a result the Russians achieved! With the help of the Democrats, the press and of course their RINO enablers, the Russians were able to keep the first two years of the Trump Presidency focused on a 35 Million Dollar investigation that proved—nothing. While busily proving nothing, the investigation sucked attention from the President’s many accomplishments and kept the entire nation focussed on a crime that never happened.

Mr. Webb asked me, based on my undergraduate work in Soviet Foreign Area Studies and Russian Language, what was my take on Putin’s objectives, especially given that Russia really has only one asset—oil, so it’s difficult for him to have a large impact on the U.S. without expending scarce resources.

What was really happened, I responded, was that Putin used the old Soviet technique of disinformatsiya (disinformation, PSYOP or Public Dipolomacy) as an Economy Of Force” operation. EOF ops are used when military forces are extended across multiple fronts or geographic locales. Because we cannot be everywhere at all times, commanders must set priorities.

The examples I used were Afghanistan, Iraq and Africa. The U.S. Military was deeply engaged in both Afghanistan and Iraq, burning through resources at an unsustainable clip and giving units little down time to rest, rearm and refit, before being sent back into the fight. At that same time, we has serious problems in Africa, where Al Qaida was making significant inroads.

Instead of landing yet another Heavy Corps with tanks and mechanized/motorized troops, CENTCOM (US Central Command) used Special Operations forces to conduct an Economy Of Force operation across the top of Africa; Special Forces used to train indigenous forces while Civil Affairs units helped out with such things as digging wells for the locals, which along with our own information ops, helped gain and maintain public support for the local government’s fight against Al Qaida.

How does that tie into Russia? Putin did essentially the same thing. Using very few resources, he turned the entire United States Government on its head. The Russians likely spent less than a million bucks for some Facebook ads and a “bot” farm to put out false or misleading information…against both Trump and Clinton.

Think about this. If you are the President of these United States, what are your two most precious commodities? The answer of course, is time and personal energy. For a pittance, the Russians were able to execute an operation with very effort, that took a goodly chunk of our President’s time and energy and diverted it away from supporting and defending the Constitution of these United States…each and every day since he was elected.

As I told Mr. Webb, the FSB (successor to KGB) Lieutenant Colonel who developed and ran this op, likely passed up full Colonel and is now a General. The constant cacophony of the Democrats, the press and more than a few RINO enablers helped secure that promotion.

Mike Ford is a retired Infantry Officer who writes on Military, Foreign Affairs and occasionally dabbles in Political and Economic matters.

You can find his other Red State work here. 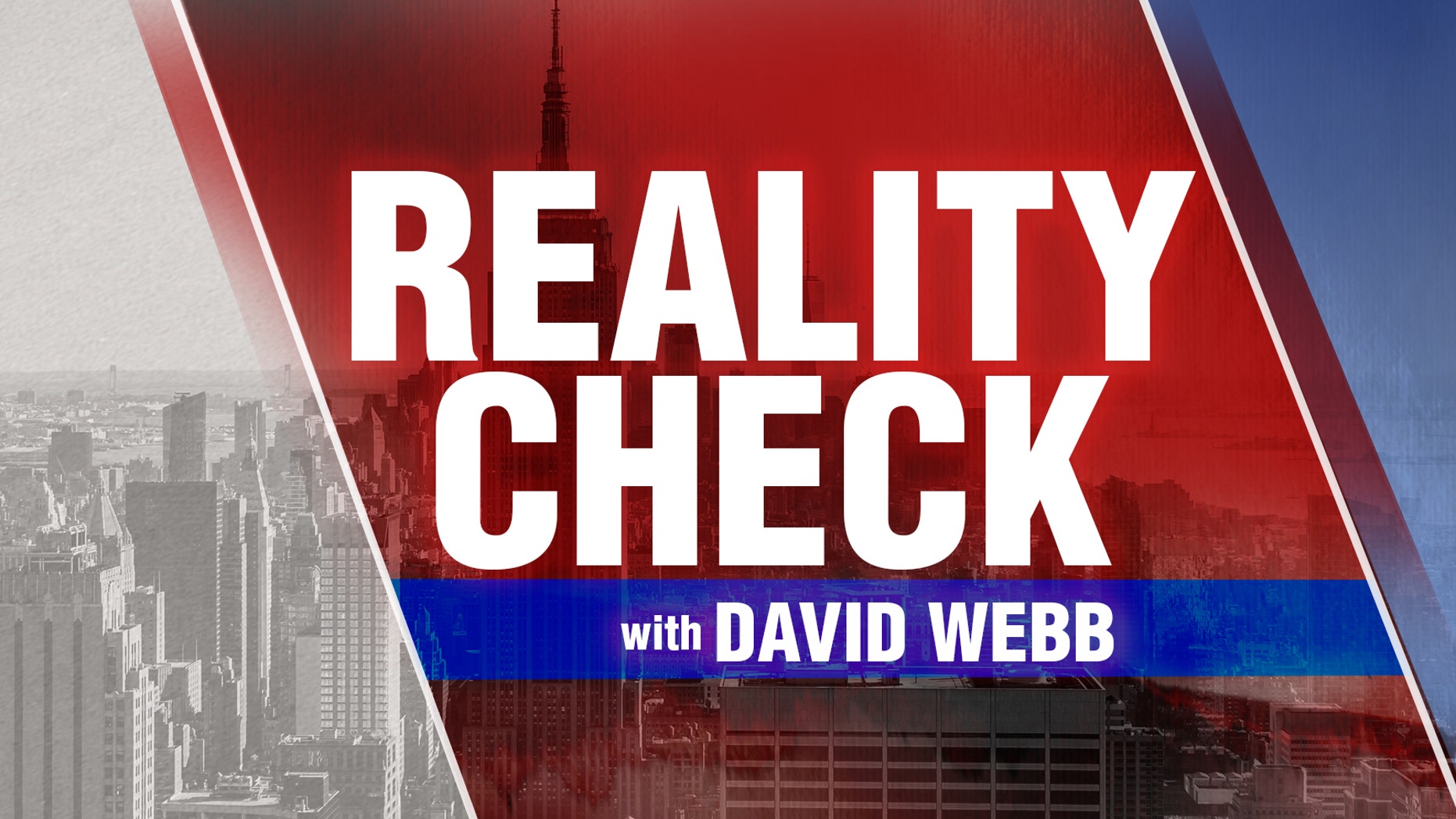 Every day, Americans work hard to achieve their piece of the American pie.

For too many reasons to list, there are those who cannot take hold of opportunity.

In the Tax Cuts and Jobs Act of 2017, the Opportunity Zones program – a community development program to encourage investment in distressed communities across the nation – was launched.

We have fought at best a holding action – not a true war on poverty. For decades since the liberal Great Society was launched, government and government programs have thrown money rather than solutions at a complex problem. Our poverty rate remains relatively the same after trillions of dollars have been spent.

Government has a role to play but government is not the only answer. The private sector must be involved. Individuals and communities must also play their part.

Investment in human capital to give individuals and therefore communities the opportunity to develop and sustain that development is the solution.

For the first time since the Great Society, we have deployed a strategy that involves multiple federal agencies, private sector, faith-based organizations and individual responsibility to lift Americans out of poverty rather than just housing the poor.

David Webb: Washington is open for business … or is it?