New mutation indicates that coronavirus might be weakening, study says 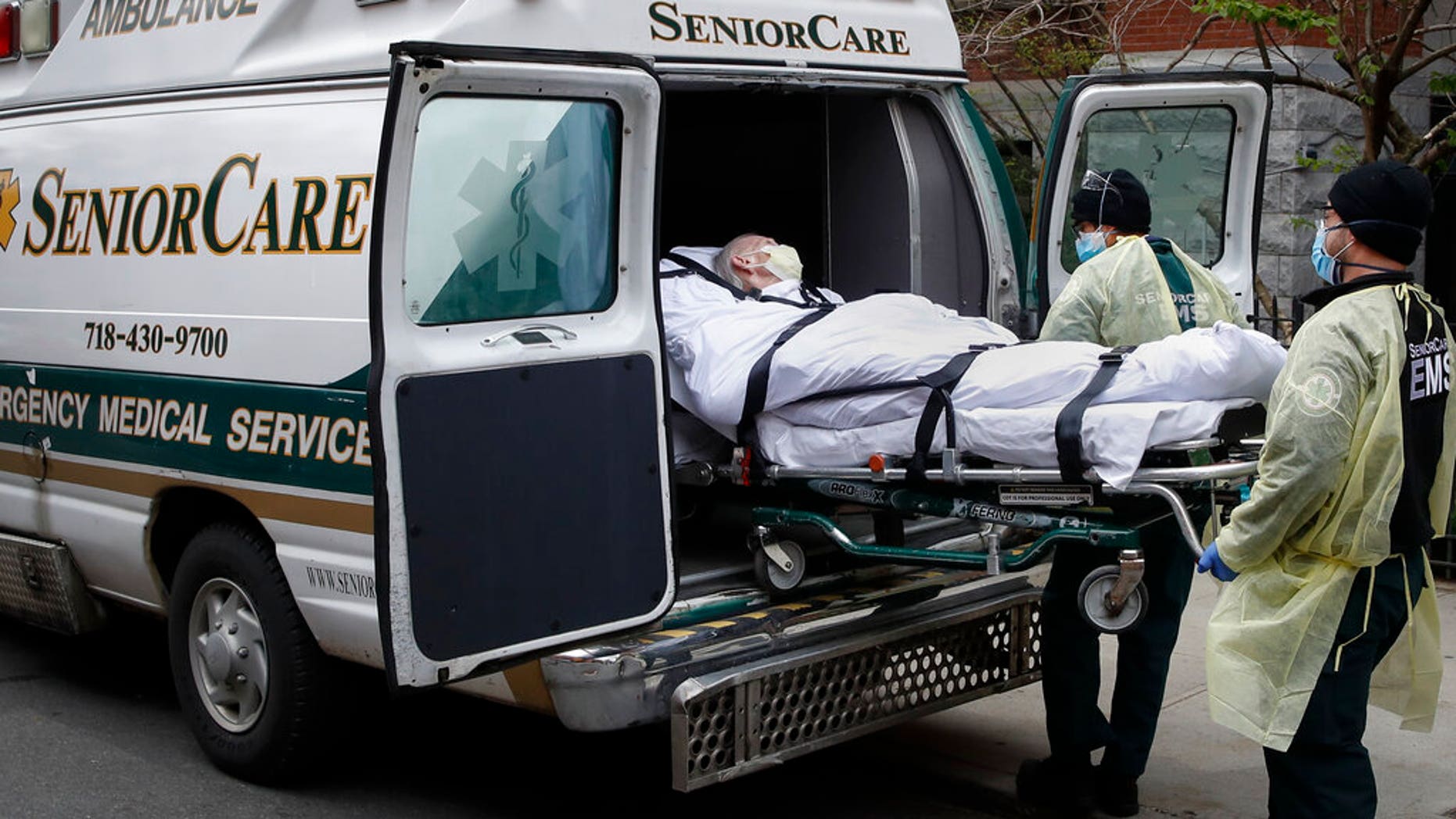 FILE – In this April 17, 2020, file photo, a patient is loaded into an ambulance by emergency medical workers outside Cobble Hill Health Center in the Brooklyn borough of New York. (AP Photo/John Minchillo, File)

A mutation in the novel coronavirus mirrors a change that occurred in the genetically similar SARS virus in 2003 — indicating that the bug might be weakening, researchers announced in a newly published study.

Lead study author Dr. Efren Lim, an assistant professor at Arizona State University’s Biodesign Institute, and his team use a new technology called next-generation sequencing to rapidly read the genetic code of the coronavirus, referred to scientists as SARS-CoV-2.

That technology helps researchers to determine how the virus is spreading, mutating and adapting over time.

Out of the 382 nasal swab samples the researchers examined from coronavirus patients in the state, a single sample was missing a significant chunk of its genome. Eighty-one of the letters were permanently deleted, according to the new study published in the Journal of Virology.

“One of the reasons why this mutation is of interest is because it mirrors a large deletion that arose in the 2003 SARS outbreak,” Lim said in a statement.

During the middle and late phases of the 2003 SARS epidemic, the virus accumulated mutations that lessened its strength, according to the researchers.

“Where the deletion occurs in the genome is pretty meaningful because it’s a known immune protein which means it counteracts the host’s antiviral response,” Lim told the Daily Mail.

A weakened virus that causes less severe symptoms may get a leg up if it is able to spread efficiently through populations by people who don’t know they are infected, the scientists say.

However, it’s too soon to say whether the novel coronavirus is beginning to lose its potency, according to the researchers.

All of the patients whose samples the Arizona scientists analyzed had some clinical coronavirus symptoms — meaning that even the version with 81 deletions was still strong enough to make the patient at least somewhat sick, the Mail reported.

This is the first time such a deletion has been seen in the 16,000 coronavirus genomes that have been sequenced to date, according to the researchers.

That’s less than half a percent of the strains circulating, according to the scientists. There are about 3.6 million confirmed COVID-19 cases worldwide.

“This is a drop in the bucket,” Lim told the Mail.

“One sample is the convincing thing we need to say “look at this,”‘ meaning that if more coronavirus genomes are sequenced, scientists might find far more instances of this attenuated genome,” he said.

This story originally appeared in the New York Post.