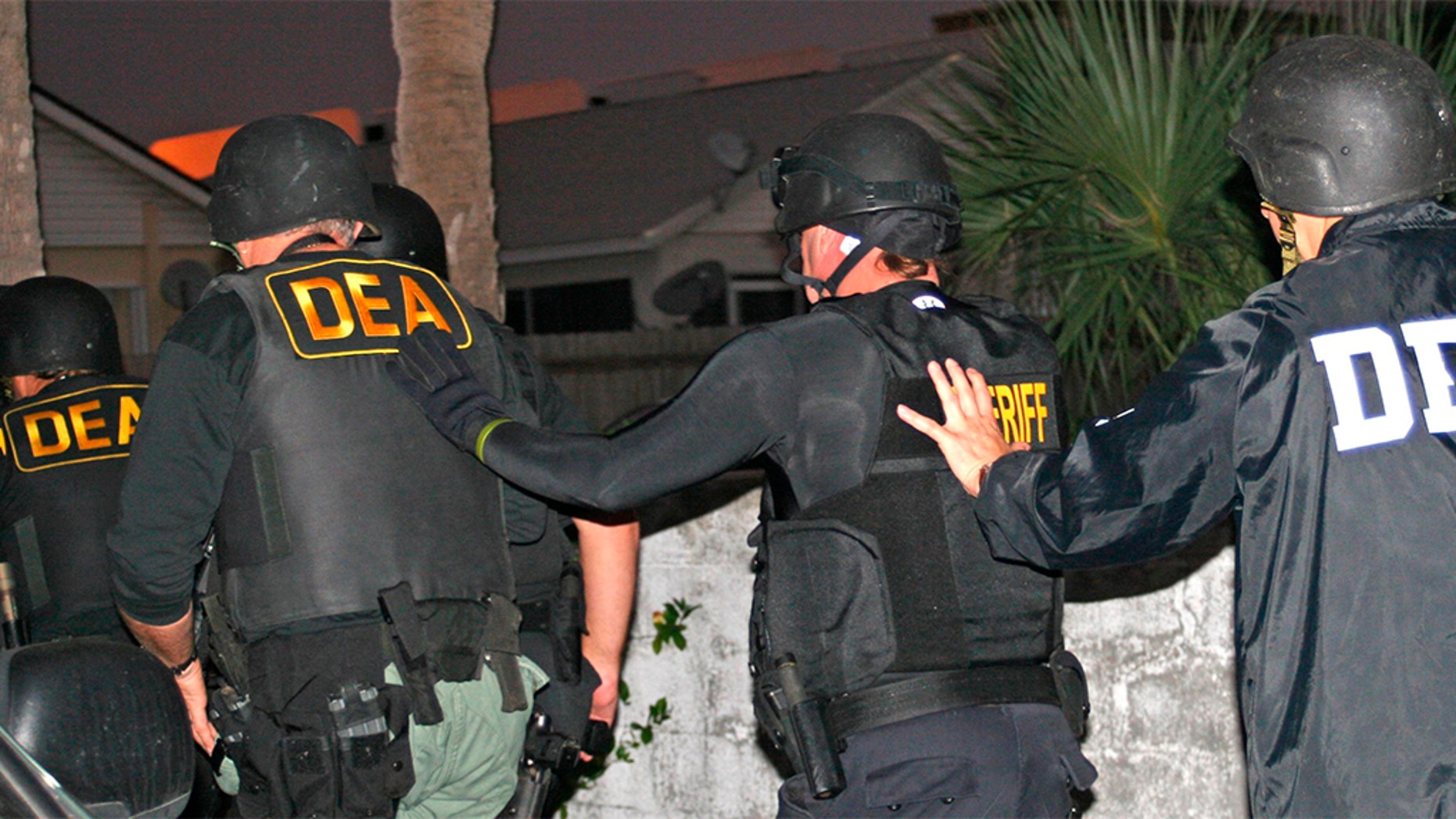 Federal drug agents seized aircraft and a yacht and made nearly 300 arrests after conducting drug stings across Florida this week.

“Operation Cazador” was conducted over a three-day period by the Drug Enforcement Administration (DEA) with the assistance of local law enforcement. The DEA said the operation resulted in 290 arrests, including suspected members of a Mexican drug cartel, WJXT-TV reported Friday.

One of those arrested was Thomas Renckley, 31, who was led out of his Jacksonville home in handcuffs Thursday on suspicion of running a drug house.

“It’s a polydrug, which means there are several types of drugs in that house,” DEA Special Agent Mike Dubet told the station. “There [are] guns in there. There’s also stolen property.”

Agents also found what they believed was an explosive device, the station reported. Small planes and the yacht were among the assets seized totaling $3.3 million.

Also confiscated were 600 pounds of heroin, opioid pills and fentanyl, according to the station.

In Ormond Beach, authorities arrested pharmacist was nabbed who had been arrested once before, stripped of her license and slated for trial, NBC News reported.

“The pharmacy could be anywhere in our communities through the country,” DEA agent Marcus Anderson told the network.