Former Major League Baseball star Lenny Dykstra and his wrestler friend spent 9 hours dumpster diving behind a Jersey Mike’s over the weekend to find Dykstra’s $80,000 dentures that had accidentally been thrown away.

Dykstra said he’d gone to get a sub in Linden, N.J., on Saturday. He told NJ Advance Media he’d taken out his dentures and folded them in a napkin because the “bread is so hard on those subs.” 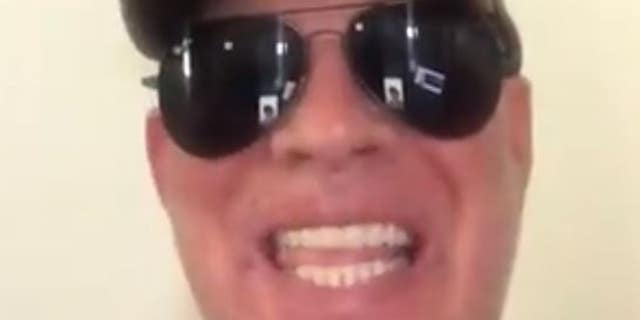 Lenny Dykstra said he’d driven home from a restaurant on Saturday after forgetting his dentures.  (Twitter/@LennyDykstra)

After driving home, Dykstra said he realized he forgot his dentures, which were specially made with bone marrow and valued at $80,000. With help from his friend, a tag-team wrestler named Sprinkles the Clown, the duo dug through the dumpster behind Jersey Mike’s for 9 hours.

“You want to come help me and Lenny Dykstra look for his dentures tonight,” Sprinkles reportedly tweeted around 11 p.m. “Or does anyone? This is a serious question.”

Despite worrying that the cops would arrest him for trespassing, the World Series Champ said he found his teeth early Sunday, just in time for Father’s Day.

“Nails back at you with GREAT NEWS: I finally found my f—ing teeth! Believe it! Happy Fathers Day,” Dykstra tweeted.

According to his autobiography, “House of Nails: A Memoir of Life on the Edge,” Dykstra said his original teeth were damaged after getting beaten by jail in guards in Los Angeles and again at a hospital. He received his custom-made dentures from a dentist and a baseball fan in Minnesota free of charge last year, nj.com reported.