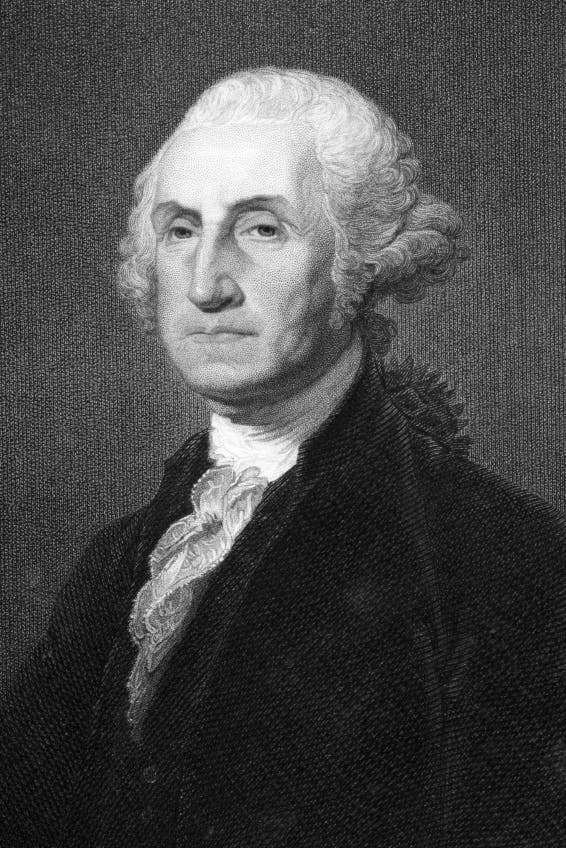 The San Francisco School Board voted Tuesday to destroy a historic fresco of George Washington that includes images of slaves and a dead Native American.

“It might be art and it can also be racist; it can be both,” board member Allison Collins told the newspaper. “It’s not just about removing them from public view, it’s also about righting a wrong.”

The mural, titled, “Life of Washington,” was commissioned by the Works Progress Administration and created by Russian-born artist Victor Arnautoff.

The two most controversial panels show Washington among his slaves at Mount Vernon and another in which he directs white men with guns westward over the body of a dead Native American, as described by KQED.

“This is reparations,” board member Mark Sanchez told the radio station.

Their plan is to literally paint over and whitewash American history.

The Chronicle reports critics want the mural to be pained over with “white paint” – arguing students should not be subjected to the offensive images.

A number of historians and art critics urged the district to reconsider the destruction of the fresco.

“While I respect the concerns of the protestors and understand the problematic issues at play, I do not believe that San Francisco will be well-served by the destruction of the mural series,” Thomas Campbell, the director of the Fine Arts Museums of San Francisco, told the Chronicle.

Gordon Knox, the president of the San Francisco Art Institute, also opposed the destruction of the fresco.

“The destruction of art never advances dialogue and should never be misconstrued as a method of revoking facts of human history,” he said.

But the voices of Knox and Campbell were drowned out by a politically correct mob of culture jihadists.

On March 20, 1939 the Nazis set fire to thousands of paintings and sculptures in Berlin. Countless prints and watercolors and drawings deemed to be “degenerate were destroyed in the courtyard of the city’s fire department.

The heinous atrocities committed against artists on that day have been lost in the mists of time, overshadowed by the unspeakable book burnings of May 10, 1933.

I suspect the culture jihad that the Nazis waged on European history is not part of the curriculum being taught in American world history classrooms. It’s been all but erased from memory.

And that’s a shame because history is repeating itself – not in Germany, but in the United States. And I document this in my upcoming book, “Culture Jihad: How to Stop the Left From Killing a Nation.”

The evidence, as I lay out in “Culture Jihad” is clear. A new generation of fascists has been birthed in public school classrooms and they are slowly turning our culture into a heaping pile of rubble.

First, they came for the Confederate statues and monuments. Then, they set about banning books like “Huckleberry Finn” and “Little House on the Prairie” and “To Kill A Mockingbird.” And now they are coming after historic paintings.

As the statesman and philosopher Edmund Burke once said, “the only thing necessary for the triumph of evil is for good men to do nothing.”

It’s time for the good men and women of America to do something.