A 70-year-old Connecticut man hoping to play a leisurely round of golf with some friends ended up in the hospital with bite wounds from a rabid bobcat instead.

Mike Popowski, of New London, went to the Mohegan Sun Golf Club in Sprague on April 18. Popowski and three of his friends played the course’s first six holes with no issue, but that quickly changed just as they began the seventh.

The bobcat — which later tested positive for rabies, the state’s Department of Energy and Environmental Protection (DEEP) confirmed, according to The Day — emerged near the seventh hole, charging at Popowski as his friends yelled to him to “watch out.” 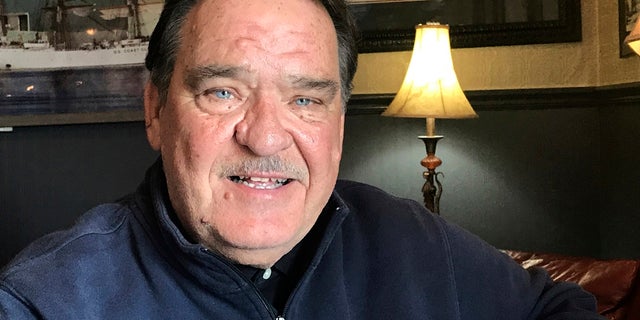 “I think about it, and I can still see it; I can still see this miserable animal coming at me,” Popowski recalled to the publication, adding the animal smelled “faintly like a skunk” and noted it had a “guttural growl.” Other than that, the wild event is still a blur to the 70-year-old.

Later, he would learn the bobcat jumped on his back, bit his left arm and shoulder while clawing his head. One of his golf buddies, who was identified only as “John” by The Day, reportedly tried to hit the feline with a golf club while attempting to avoid Popowski.

Eventually, Popowski and the cat fell down a nearby hill and the feline relinquished its hold on him. John hit the cat with one of his irons as it stood “huffing and puffing” in a sand dune. It ran off shortly after.

The bobcat was on Popowski for a few minutes, according to The Day.

“It was surreal,” Fred Martinelli, one of Popowski’s friends who was golfing with him the day of the incident, told the publication. “You see what was taking place, going down, and you’re saying, ‘That can’t possibly be whatever it was on top of Mike.'”

“Getting my head stapled together wasn’t awful, but I’d rather do other things.”

Bystanders then called 911 and Popowski was taken to a local hospital, where he was treated for puncture wounds, a nearly severed earlobe and lacerations on his scalp, which required 10 staples. He’s also undergoing a series of rabies shots.

“Getting my head stapled together wasn’t awful, but I’d rather do other things,” he added.

The crazed cat, which attacked a horse earlier that same day, DEEP said in a news release, was eventually tracked down and shot by members of the state’s Environmental Conservation Police, according to The Day.