The 22-year-old senior was taking part in a 3 a.m. climb when she fell 40-feet and struck her head, the New York Post reported. Her condition was listed as critical at a hospital in the Bronx not far from the Fordham campus.

She was with other seniors when she fell through an opening on the first landing of the tower, the paper reported.

Students said climbing the tower, touching the bell and taking photos of the sweeping views, were part of a senior-year “rite of passage,” according to the paper. 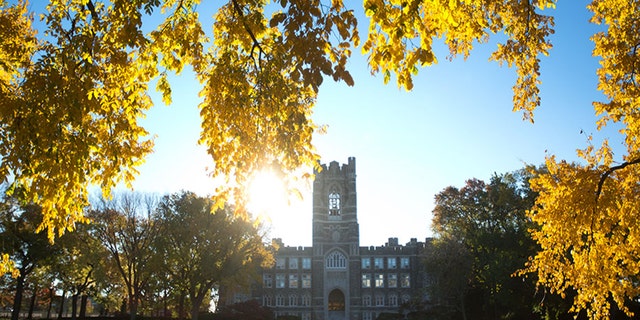 “I heard they were just getting a better view of the city,” a senior told the paper. “I think they were posting on Instagram when it happened.”

Freshman Grayson Brown, 19, told the Post his mother sent him a text Sunday that said “stay out of the bell tower!”

Recently, a visitor to the Grand Canyon fell to his death while taking a photo from a dangerous perch, according to reports.

Two months ago, it was reported that a Texas teen was lucky to be alive after surviving a fall in November from the top of a bridge he had climbed to take a selfie.

Last October, a new study by researchers in India found that more than 250 people worldwide have died while taking selfies in the last six years, The Washington Post reported.

Some of those deaths were due to falls from heights.