Rip Taylor, the zany comedian who was a television and nightclub mainstay for over six decades, has died, according to his publicist. Taylor was 84.

Publicist Harlan Boll said Taylor died Sunday in Beverly Hills. The cause of death was unclear.

Born Charles Elmer Taylor Jr. in Washington, D.C., he first worked as a congressional page before serving in the Army during the Korean War. His showbiz ascent started with spots on “The Ed Sullivan Show,” where he was known as the “crying comedian.” 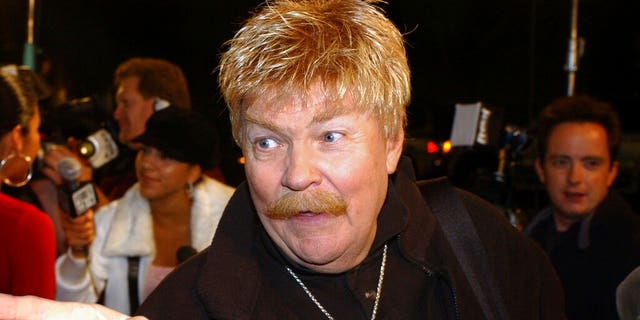 Comedian Rip Taylor, seen here in Hollywood in an undated photo, has died at age 84, his publicist said. (AP, File)

“I sat on a stool telling jokes, and nobody was laughing,” he told UPI in 1992. “In desperation, I pretended to cry as I begged them to laugh. That killed ’em.”

He’d go on to make over 2,000 guest appearances on shows including “Hollywood Squares” and “The Gong Show,” and host the beauty pageant spoof “The $1.98 Beauty Show.”

He was known for his over-the-top persona with a fondness for throwing confetti at the audience.

He also played himself in “Wayne’s World 2” and the “Jackass” movies, appeared on stage in “Sugar Babies” and “Oliver!” and performed an autobiographical one-man play, “It Ain’t All Confetti.”

With his bushy blonde toupee, exaggerated eyebrows and walrus-like mustache, Taylor was a striking presence. He apparently was so proud of his star on the Hollywood Walk of Fame that he’d regularly schedule trips to buff and clean the square.

Taylor was survived by his longtime partner, Robert Fortney.