Al-Shabab extremists attack US military base in Somalia: report 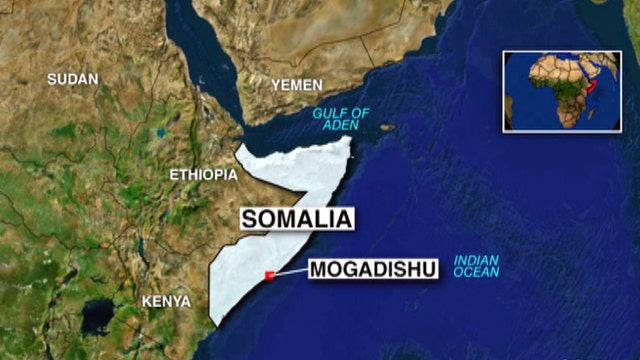 Al-Shabab extremists on Monday staged an attack on a US military base in Somalia, which is used to launch drone strikes.

A Somali official told the Associated Press that a suicide car bomber detonated a vehicle packed with explosives at the gate of a military airstrip which is a base for U.S. and Somali forces.

Yusuf Abdourahman, a security official with the Lower Shabelle regional administration, told the news agency that a burst of gunfire could be heard across the base after the bombing.

The terror group has claimed responsibility for the attack, the report said.

The U.S. military uses Belidogle airstrip in the Lower Shabelle region as a base where it launches drones that attack al-Shabab and trains Somali troops.

There are reports of a second attack on European Union peacekeepers in Mogadishu.

The Associated Press contributed to this report