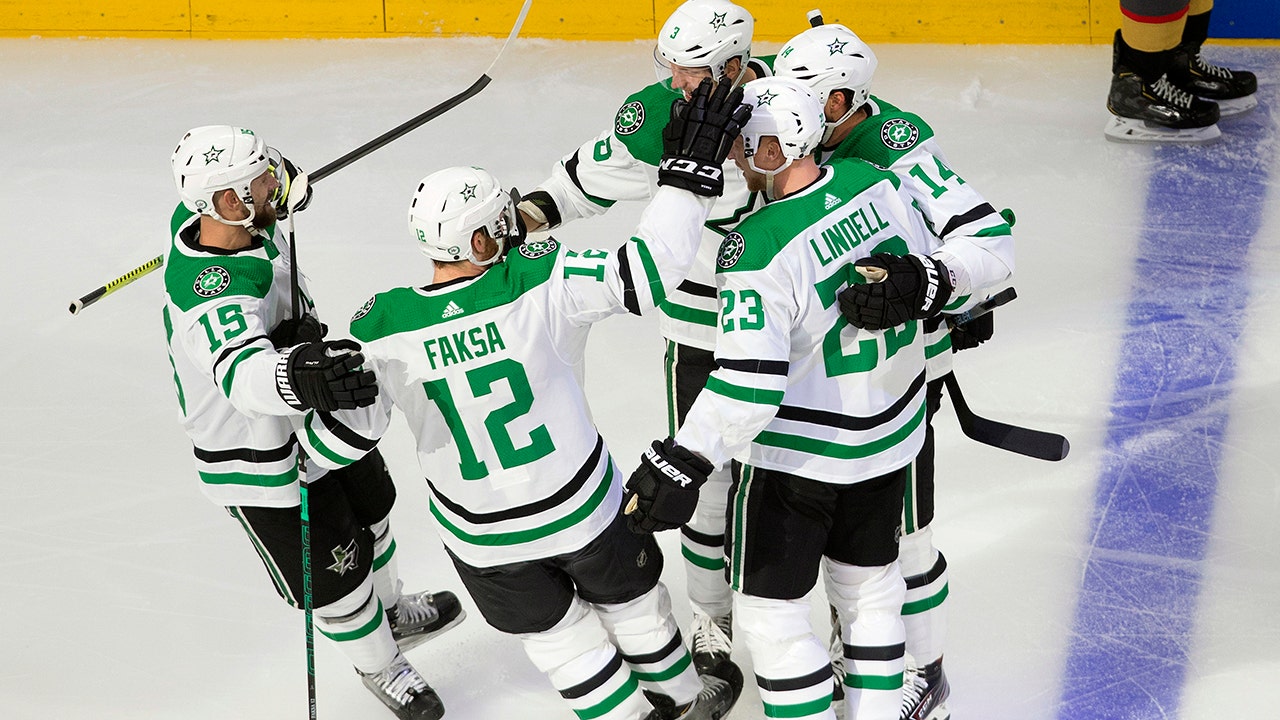 Two days after they and the Vegas Golden Knights each won a hard-fought Game 7 to move on, the Dallas Stars figured there might be an emotional letdown at the start of the Western Conference final.

They filled that void with hit after hit, got one early goal and played the trademark lockdown style that made them one of the best defensive teams in the NHL during the regular season. The result was a hard-hitting 1-0 victory in Game 1 on Sunday night that served notice to Vegas that a spot in the Stanley Cup final won’t come easily.

“We were skating, we were on top of them, we were creating a lot of offense from good play, good defensive structure all over the ice,” coach Rick Bowness said. “That’s Dallas Stars’ hockey.”

That brand of hockey worked especially well after John Klingberg scored on the Stars’ first shot 2:36 in and with goaltender Anton Khudobin locked in. Khudobin’s rebound control was excellent in stopping all 25 Vegas shots he faced on the way to his first shutout in the Stanley Cup playoffs.

“It’s always goes to your career record,” said Khudobin, who entered this year without a postseason start on that record. “At the same time, most of it, I’m happy with the win.”

The recipe for this win was a barrage of hits. In true Stars fashion, the game had almost double the amount of total hits (96) than shots on goal (50).

With physicality the focus, Dallas took it to top-seeded Vegas, which has the size to bang bodies but couldn’t match the Stars’ jump from the drop of the puck.

“It took us a while to get our legs going,” Golden Knights defenseman Nate Schmidt said. “We didn’t come out to play from the start of the game.”

The Stars came out hitting and got the boost they needed when it looked like surprise Vegas starter Marc-Andre Fleury didn’t get reset after Dallas captain Jamie Benn’s shot attempt was blocked, and Klingberg fired the loose puck past him into the net.

Playing with a lead allowed Dallas players to throw their bodies around. If the Golden Knights didn’t know what to expect from the Stars, they do now, and the competition level will be higher than the first two rounds.

After having the play dictated to them for the first two periods, the Golden Knights dominated the third but couldn’t crack Khudobin, who has been thrust into the No. 1 role with Ben Bishop injured. As good as Khudobin was, Fleury matched him almost save for save, stopping 23 after allowing the goal to Klingberg.

“He was fresh. He’s played well against Dallas, and he gave us a great game,” DeBoer said. “I thought he was our best player.”

But Fleury couldn’t help his teammates generate offense, and they were shut out for the second time in three games. Credit on that goes to the Stars, who took advantage of suspended Golden Knights forward Ryan Reaves ‘ absence to set a more physical tone to begin this series.

“It was a good effort,” Dallas Jamie Benn said. “We played on our toes tonight, found a way to get one early there, and I thought Dobi made a lot of great saves, especially in the third period, and we found a way to squeak it out.”

NOTES: This was the Stars’ first 1-0 regulation playoff win since 2000, the year after they won the Cup. … Nick Cousins replaced Reaves in the lineup and delivered a big hit early. … Mattias Janmark played for Dallas after leaving Game 7 against Colorado with injury. … Bishop and defenseman Stephen Johns remained unfit to play for the Stars. … Forward Andrew Cogliano was a healthy scratch so Dallas could keep Game 7 hero Joel Kiviranta in. … Fleury started for just the fourth time in the postseason. Robin Lehner played the other 12.