Jesse Watters: Democrats trying to ‘impeach the president in private’ 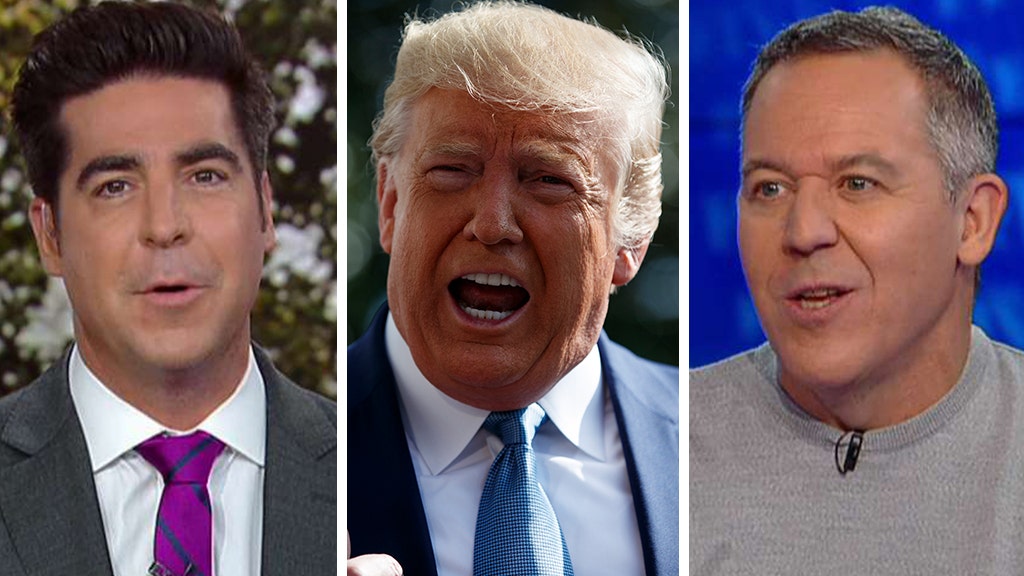 Jesse Watters took aim at Democrats over their continued push for impeachment against President Trump, saying Monday on “The Five” they were trying to “impeach the president in private.”

“They won’t release the full transcripts and they won’t put it to a floor vote.”

WHISTLEBLOWER DID NOT DISCLOSE CONTACT WITH SCHIFF’S COMMITTEE TO INSPECTOR GENERAL, SOURCES SAY

The “Watters’ World” host also criticized the whistleblower for not disclosing his contact with staffers for House Intelligence Committee Chairman Adam Schiff, D-Calif.

Fox News also reported that Intelligence Community Inspector General Michael Atkinson told House lawmakers he could not explain what accounted for the 18-day window between the July 25 call and the Aug. 12 complaint filing — or when exactly the whistleblower contacted a key Democrat’s staff.

Watters said he wondered why Democrats were being so secretive when it came to impeachment.

“What are they hiding?” Watters asked. “I mean, these are the same people that investigated the Trump campaign using secret warrants using foreign powers, and we still don’t know what the bottom of that was.”

Co-host Greg Gutfeld weighed in, saying that even the media altered the way they were covering the impeachment inquiry.

“And you know… this story is waning and that it’s actually getting kind of fun because now the media is no longer covering impeachment,” Gutfeld said. “They’re covering Dems continuing to apply pressure on impeachment. That’s how far removed they are from this story. Now it’s like saying I’m applying pressure, you know, to keep a horse in my apartment. It’s not going to happen.”