Long Island man sicced angry kids on hunter: ‘What did the … deer do to you?’

Apparently, some people in Long Island really don’t like hunting.

Last week, an adult male and a group of children were filmed confronting a hunter, asking him why he wanted to kill the area’s deer and telling him to leave. One of the children became visibly emotional during the encounter, and, at several points, hurled epithets. 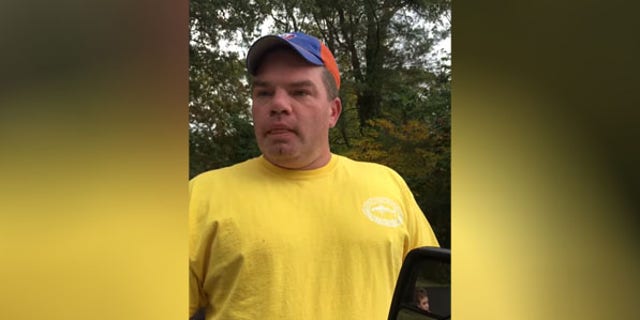 Dominick Lobifaro recorded the odd interaction, which he says was sparked when the unidentified man saw him wearing camo. (Dominick Lobaifaro via Viralhog)

Dominick Lobifaro, from Brooklyn, recorded the incident on his cellphone on Oct. 20. The footage shows a group of children, seemingly led by a grown man, confronting Lobifaro as he waited in his car. At one point, one child tearfully asks, “What did the f—ing deer do to you?”

Lobifaro posted the footage to his YouTube page, where he explained what led to the incident.

“I went hunting Sunday afternoon at a new spot; I called DEC (New York’s Department of Environmental Conservation) last year to make sure it was legal to hunt,” he said. “I got out of the truck in camo and was immediately attacked by this guy in the yellow shirt. I was not videoing at the time [and] he basically told me there’s no hunting allowed here and he was called the cops. I told him no problem I’m calling DEC and I sat in my car and did that. [Ten] minutes later. he came outside while we were waiting for DEC and the local police. I then started the video. Before the video started the kids were just playing they had no clue about anything. The guy in yellow came out and told them I’m gonna kill all the deer.”

In Lobifaro’s footage, the man can be seen approaching Lobifaro’s car and asking, “Hey, the kids want to know, why you wanna kill deer?”

Lobifaro responds, “Because I eat them.” He then tries telling the children about factory farms, in an attempt to explain how hunting how can be more humane, but one of the upset children cuts him off.

At multiple points during the footage, the unidentified man in yellow shirt sarcastically calls Lobifaro a “hero” in Long Island for making a bunch of children cry. Lobifaro responds, telling the man that he needs to explain to the kids that hunting is a “part of life.”

Lobifaro called New York’s Department of Environmental Conservation in an attempt to end the situation, the New York Post reports. When an officer responded to the scene, it was reportedly determined that Lobifaro had all the requisite permits and was at the location “100 percent legally.”