Washington Post Suspends a Reporter After Her Tweets on Kobe Bryant 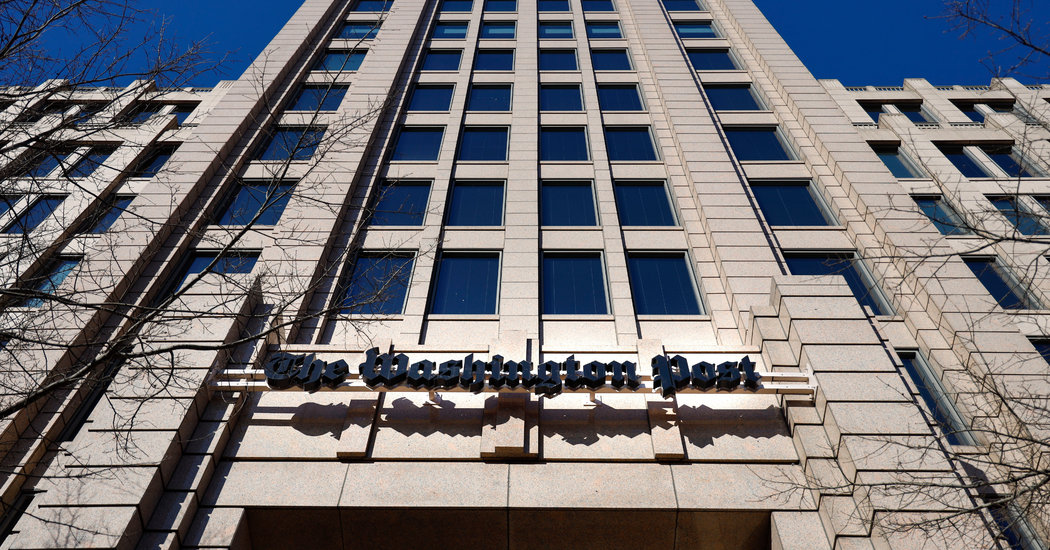 The Washington Post suspended one of its reporters, Felicia Sonmez, after she posted tweets about Kobe Bryant in the hours after his death.

Amid the flood of public tributes on Twitter to the retired Los Angeles Lakers star who died in a helicopter crash on Sunday at age 41, Ms. Sonmez posted a link to a 2016 Daily Beast article that detailed allegations made against him in 2003.

Mr. Bryant was arrested after a complaint by a hotel employee in Colorado. A charge of felony sexual assault was later dropped and Mr. Bryant settled with his accuser out of court, saying in an apology that he believed the encounter with the woman was “consensual.”

Ms. Sonmez’s tweet on Sunday, which stood out in the general outpouring of appreciation for Mr. Bryant that made him a trending topic on social media into the next day, drew a swift backlash. She followed up with a post about the negative responses she had received.

“Well, THAT was eye-opening,” she wrote. “To the 10,000 people (literally) who have commented and emailed me with abuse and death threats, please take a moment and read the story — which was written (more than three) years ago, and not by me.”

Ms. Sonmez also posted what appeared to be a screenshot of an email she had received that used offensive language, called her a lewd name and displayed the sender’s full name.

Her tweets on the matter have been deleted, but not before they were captured in screen shots by other journalists.

The Post confirmed the suspension on Monday. “National political reporter Felicia Sonmez was placed on administrative leave while The Post reviews whether tweets about the death of Kobe Bryant violated The Post newsroom’s social media policy,” Tracy Grant, the managing editor of The Washington Post, said in a statement. “The tweets displayed poor judgment that undermined the work of her colleagues.”

Ms. Sonmez did not reply to requests for comment.

The debate over when it is appropriate to note the flaws and mistakes of prominent people in the immediate aftermath of their deaths is common on social media. The reaction against Ms. Sonmez’s tweets seemed fueled by how the #MeToo movement has complicated the legacies of artists, actors, athletes and other popular figures who have been accused of sexual misconduct.

Mr. Bryant reached a settlement with his accuser in 2005, more than a decade before powerful men including the Hollywood mogul Harvey Weinstein, the CBS anchor Charlie Rose and the CBS Corporation chief executive Leslie Moonves left their posts or were ousted from their roles after allegations were made against them.

The terms of the settlement between the N.B.A. star and his accuser were undisclosed. “Although I truly believe this encounter between us was consensual, I recognize now that she did not and does not view this incident the same way I did,” Mr. Bryant said in a statement at the time. “After months of reviewing discovery, listening to her attorney, and even her testimony in person, I now understand how she feels that she did not consent to this encounter.”

Mr. Bryant’s 20-year career with the Los Angeles Lakers, which started when he was 18, was uninterrupted. He won the league’s Most Valuable Player Award and led the team to five championships. He also won two Olympic gold medals.

Mr. Bryant and his 13-year-old daughter, Gianna, were among nine people killed in the helicopter crash near Calabasas, Calif. The other victims included John Altobelli, a longtime baseball coach at Orange Coast College, a junior college in Costa Mesa. Calif., as well as Mr. Altobelli’s wife, Keri, and his daughter, Alyssa, university officials said.

Ms. Sonmez was one of two women who accused Jonathan Kaiman, a Beijing bureau chief of The Los Angeles Times, of sexual misconduct. After The Los Angeles Times conducted an investigation in 2018, Mr. Kaiman resigned. Random House also canceled a book it had commissioned from him, citing a morals clause.

The journalist Emily Yoffe wrote an article last year on the accusations against Mr. Kaiman and their repercussions for Reason, a magazine published by the Reason Foundation, a libertarian think tank. The article was sympathetic to his plight and concluded, “When an accusation is lodged, we must respond with fairness, not frenzy.” Ms. Sonmez criticized the article for what she described as its omissions and “basic” factual errors. Reason updated the article and appended a note at the end of it to address what it called “three minor matters of fact.”

After Caitlin Flanagan, a writer for The Atlantic, said she was skeptical of Ms. Sonmez and her allegations against Mr. Kaiman during an interview on NPR, Ms. Sonmez pushed back publicly, likening her comments to those from “internet trolls.”