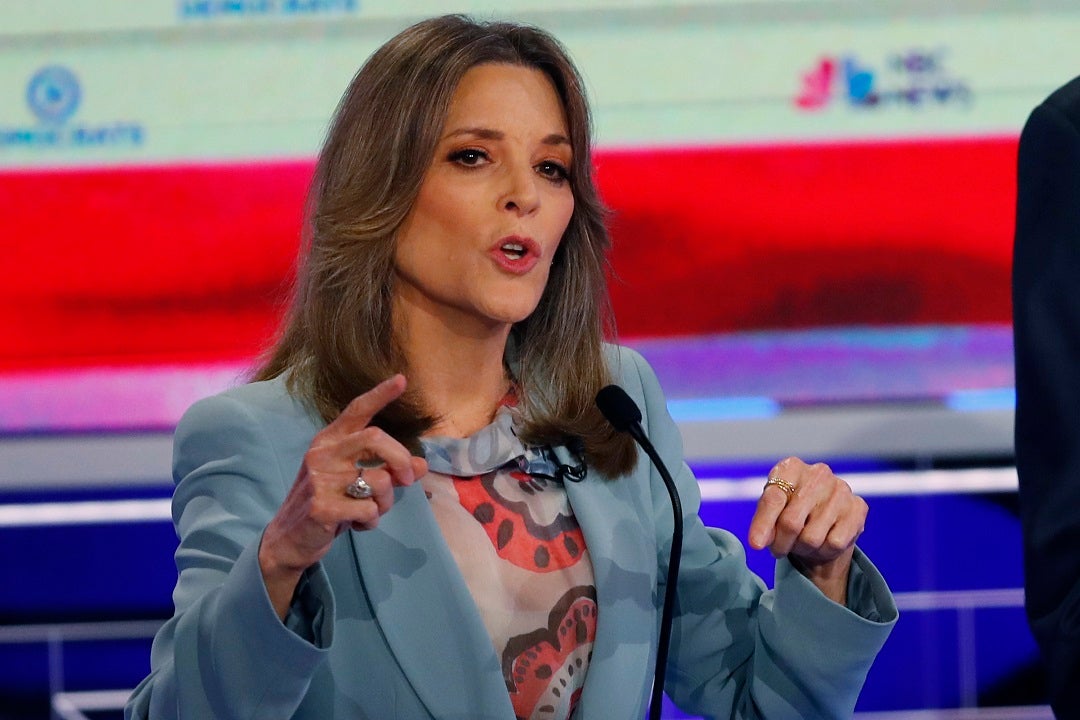 Spiritual guru and 2020 Democratic hopeful Marianne Williamson asked white members of her audience at an event last July to apologize to black people also in attendance for slavery, lynching, police brutality and other issues.

According to the Houston Chronicle, Williamson opened a stop of her “Love America” tour by asking all white people in the audience to stand up during an opening prayer.

She then asked them to hold hands with black members of the audience nearby, and start by saying “I apologize.”

“With nearly 200 black people in the audience on their feet, Williamson apologized for slavery, lynching, murders, rapes of black women, destruction of the black family, mass incarceration of black men, being called the N-word and systemic and institutionalized racism and more,” the Houston Chronicle’s Joy Sewing wrote at the time.

And, based on video from other times, it seems as though Williamson asked audiences at other events to make similar apologies.

She also wrote a poem in 2016, titled “Prayer of Apology to African Americans.”

Williamson received lots of attention on social media following her big debut on the national stage during the first round of Democratic debates. In a recent New Hampshire poll, she ranked higher than Sen. Cory Booker, D-NJ, and former congressman Beto O’Rourke.