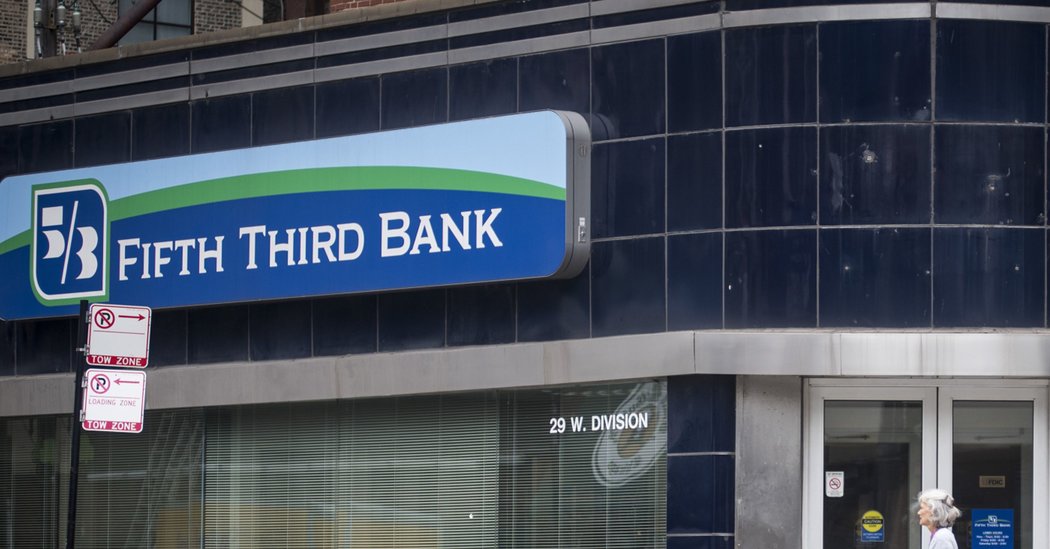 For years, Fifth Third Bank, a large regional bank based in Ohio, opened unauthorized accounts in customers’ names as part of an aggressive sales strategy that foisted credit cards, online banking services and other products on people without their knowledge, according to a lawsuit filed on Monday by one of the bank’s federal regulators.

The bank “set goals that thousands of its employees could not achieve” and penalized those who fell short, the Consumer Financial Protection Bureau said in a complaint in federal court in Chicago. The misconduct stretched back to at least 2008, and the bank failed to respond to internal warning signs, the consumer bureau said.

Fifth Third said it would fight the lawsuit, which it called “unnecessary and unwarranted.” It did, however, acknowledge that its own reviews had found 1,100 accounts that were opened without authorization.

A person familiar with the bank’s operations said it had begun investigating potential unauthorized transactions in 2010, after its internal compliance systems raised alarms. The bank reported its findings to its regulators and notified the affected customers, the person said.

“These accounts involved less than $30,000 in improper customer charges that were ultimately waived or reimbursed to customers years ago,” the bank said in a statement. “While even a single unauthorized account is one too many, we took appropriate and decisive action to address each situation.”

In a regulatory filing last week, the bank warned investors that it expected the consumer bureau to file an enforcement action against it.

The bureau did not say in its legal filing how many customers were harmed by the bank’s acts.

The charges against the bank echo those that have bedeviled Wells Fargo, which in 2016 acknowledged creating what may have been millions of sham accounts to increase its sales. Wells Fargo has paid more than $5 billion in penalties and fines for its acts, which forced out many of the bank’s top leaders, including its chief executive. On Monday, the chairwoman of Wells Fargo’s board resigned after criticism from Congress over the bank’s response to its problems.