Frank Donatelli: For Trump’s 2020 campaign, here are 6 numbers that could be the key to victory — or defeat 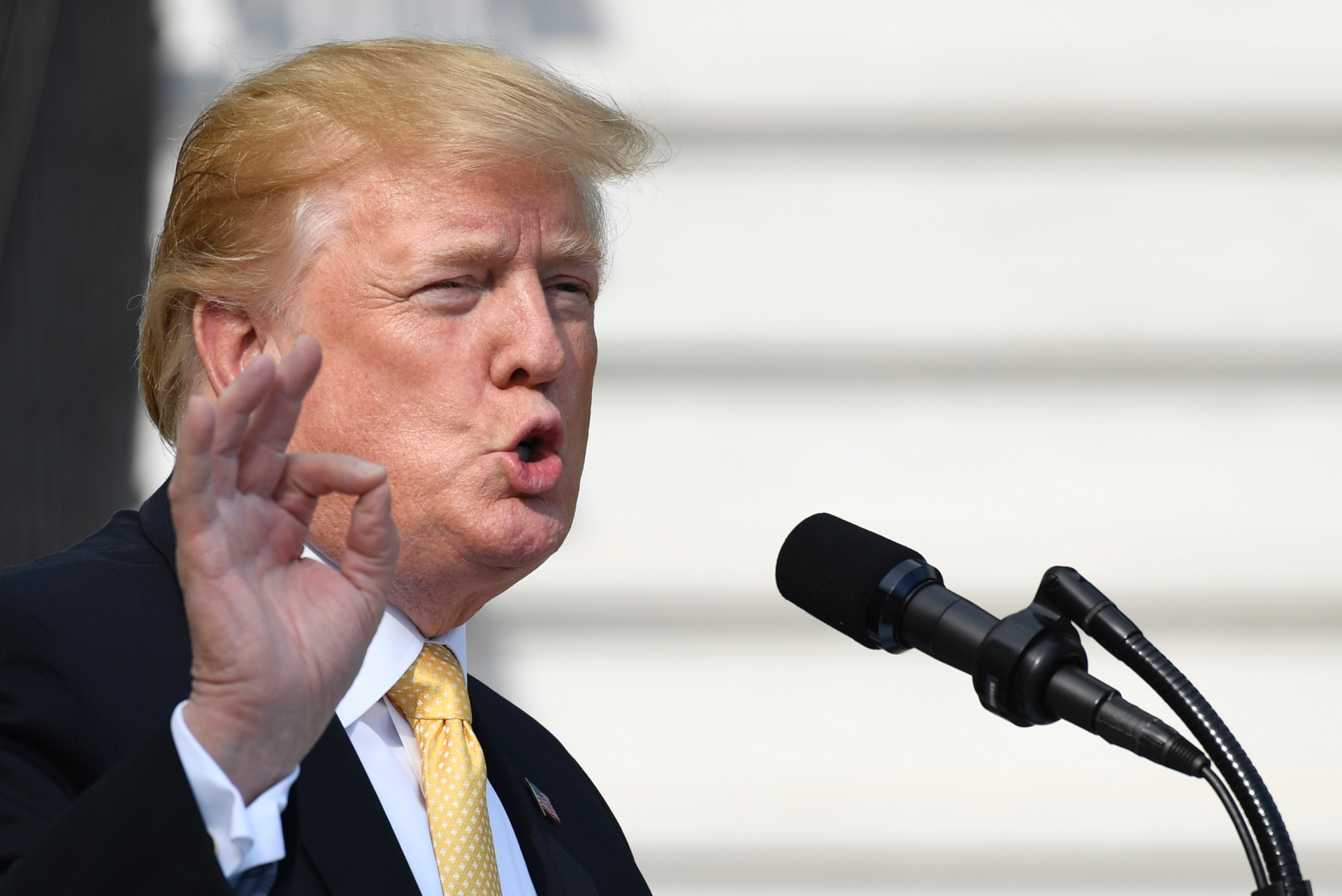 As with any great spectator sport, politics is overrun with statistics and metrics, from voter surveys and economic data to forecasting models and demographic analysis. It takes a certain level of clarity and experience to separate the truly important information from the glut of percentages parading as punditry but is really just white noise.

As the 2020 campaign begins to move into high gear this summer, here are six numbers worth watching. Three likely confirm President Trump’s current campaign strategy, and three should concern his campaign team.

Confirm: 3.2 percent represents GDP growth in the first quarter of 2019. Despite widespread pessimism, U.S. GDP growth remains strong. This marks the fourth time that the quarterly economy has grown by 3 percent during the first two years of the Trump presidency.

By contrast, the last two years of President Obama’s term saw the 3 percent barrier exceeded only twice and not at all after the middle of 2015. GDP drives many other economic numbers — high employment, more federal revenue and a robust stock market. An average of polls the last month by RealClearPolitics reveals that 52 percent of Americans approve of the president’s economic performance or nearly ten points more than his approval rating.

Truthfulness, authenticity, focus and normalcy will all be at issue next year. The winning campaign will define the public’s priorities consistent with their candidate’s strengths and goals — and very likely, who knows best how to read the right numbers.

Concern: In a Harvard Institute of Politics survey, 54 percent of voters 18-29 said they did not believe the president cares about “people like me.” It’s no secret that Republicans are facing a skeptical young generation coming of age politically. The GOP faces a bleak future unless the party is able to make inroads into the ranks of young voters.

The issue for 2020, though, is one of size of the electorate. Young voters, properly motivated, can drive turnout and increase voter participation. That’s what happened in President Obama’s two elections, when his vote totals were the largest ever. The Harvard survey also indicates that Democratic-leaning young voters are far more energized to participate in next year’s elections than are young Republicans. Of course, this can still change, but the survey reinforces the notion that a large electoral turnout driven by young voters will not be a welcome development for Republicans. Democrats will look to enlarge the electorate with a major push to increase the registration and turnout of young voters.

Confirm: With the expected addition of New York Mayor Bill de Blasio, there will be 22 announced Democratic presidential candidates. Such a large field is a problem for Democrats for several reasons.

First, it reveals how fractured the party is without a true unifying leader. Second, the ability to drive a message with so many messengers will be impossible until a true standard-bearer emerges. Candidates will be sniping at each other as much as the incumbent. Third, the huge amount of money raised during the primaries will not be available for the general election. Finally, the party runs a real risk of permanent fracture as so many ambitious politicians vie for center stage. Already, Joe Biden is being attacked by other candidates for being insufficiently attentive to progressive impulses.

These wounds may be more difficult to heal as the contest moves forward. The Democratic nominee will have a major challenge to unite a fractious party and drive a coherent message into the general election. The DNC and congressional leaders can and must play an important role in keeping the party united as the primary process unfolds.

Concern: In an ABC News survey, 58 percent of voters said they did not believe the president told the truth during the Mueller investigation. Of course, the president did not testify and his written answers to questions were sketchy, but a large majority believe that Trump is not telling the truth about matters that the special counsel investigated.

Truthfulness is a bedrock issue for a president who leans on credibility when asking the public for support on a range of issues and priorities. Truthfulness is also critical to winning the trust of the American people as a president seeks to meet their responsibilities and to act during times of crisis. The country will support a president even if they harbor doubts about specific policies if the trust factor is strong. There is obviously room for presidential improvement here in the coming year.

Confirm: 56 percent of voters in the same survey oppose impeachment proceedings. Democrats run the risk of creating sympathy for the president by focusing their time on this matter, which is of lesser concern to Americans. Perhaps these voters are focused more on issues that matter in their daily lives such as health care, wages, and enhanced opportunities for their children. Perhaps they feel that the 2020 election offers a better forum to express an ultimate judgment.

We know that 15 percent of the electorate simultaneously does not approve of the president, but also opposes impeachment. These voters represent an inviting target for the president’s campaign message that his political opponents are harassing him and are not focused on the real needs of the country.

Concern: According to RCP average of the last month’s surveys, 37 percent of Americans think the country is headed in the right direction, 57 percent think we are on the wrong track. The president’s approval rating is not great, but still higher at 43 percent. Incumbent presidents are judged on their record of solving America’s problems. Right direction numbers usually correlate with presidential job approval and ultimately presidential support. As election day approaches, those numbers should align. Those who believe the country is headed in the right direction will vote for the president. The rest will not.

Challengers can play on voter pessimism and anxiety because they are pledging to make things right. An incumbent’s task is different. The incumbent is in charge and expected to improve the country’s outlook. “Food fights” that sow chaos and uncertainty are not good weapons for incumbents. Americans expect their presidents to competently manage the government and work with Congress and the bureaucracy. Presidents are expected to bring normalcy, certainty and stability, not more drama. Constantly blaming others is not an optimal strategy.

Judgments on incumbents are seldom all or nothing. People like some things and dislike others. They also want different traits and strengths in different years. Truthfulness, authenticity, focus and normalcy will all be at issue next year. The winning campaign will define the public’s priorities consistent with their candidate’s strengths and goals — and very likely, who knows best how to read the right numbers.