How Shareholder Democracy Failed the People 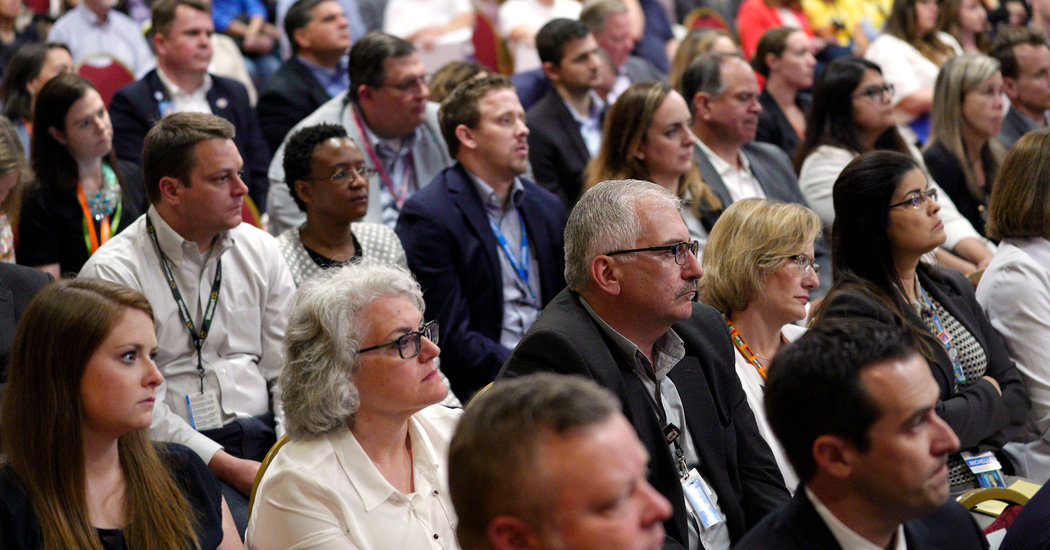 Democracy is a messy thing. Shareholder democracy may be even messier.

For nearly a half-century, corporate America has prioritized, almost maniacally, profits for its shareholders. That single-minded devotion overran nearly every other constituent, pushing aside the interests of customers, employees and communities.

That philosophy was rooted in an idea that has an air of nobility about it. Shareholder democracy was the name given to investors asserting themselves in corporate governance. The idea was that investors would wrest control of companies from entrenched managers, letting the actual owners set their corporate priorities. But what we really got was something else: an era of shareholder primacy.

That may have a chance — a chance — of changing now that 181 chief executives have lent their signatures to a new “Statement on the Purpose of a Corporation” that was published by the Business Roundtable on Monday. The statement from the leaders of companies including JPMorgan Chase, Apple, Amazon and Walmart affirms that the nation’s largest companies have a “fundamental commitment” to all their stakeholders: putting employees, suppliers and communities on a pedestal that once belonged only to shareholders.

The companies’ statement is a significant shift and a welcome one. For years, businesses have resisted calls — including from this column — to rethink their responsibility to society. In response, corporations typically dismissed hot-button topics like income inequality, climate change, gun violence and more as political issues unrelated to them.

Some will doubt the sincerity of these business leaders’ words, and it remains an open question whether their companies will be held accountable — and by whom. But what we may be at the start of is less a new era and more a return to the past.

For nearly 50 years — following the publication of a seminal academic treatise in 1932 called “The Modern Corporation and Private Property” by Adolf A. Berle Jr. and Gardiner C. Means — corporations, for the most part, were run for all stakeholders. It was a time defined by organized labor, corporate pension programs, gold-watch retirements and charitable gifts from companies that invested heavily in their communities and the kind of research that promised future growth.

It is a period often referred to — sometimes derisively — as “managerialism.”

But by the 1970s, managerialism became synonymous in investment circles with immovable executives who were running bloated businesses more for their own benefit than for their shareholders.

It also coincided with the ascent of Milton Friedman, the University of Chicago economist who preached a gospel of profits-as-purpose and mocked anyone who thought that businesses should do anything else.

“What does it mean to say that ‘business’ has responsibilities?” Mr. Friedman wrote in this newspaper in 1970. “Businessmen who talk this way are unwitting puppets of the intellectual forces that have been undermining the basis of a free society these past decades.”

That began the rise of shareholder democracy, an idea that the public and news media embraced. Shareholders and, in turn, a new class of investors known as corporate raiders convinced executives to slash any and all fat from their budgets or risk being taken over or voted out. Layoffs increased, research and development budgets were cut, and pension programs were traded for 401(k)s. There was a rush of mergers driven by “cost savings” that grabbed headlines while profits soared and dividends increased.

And here we are. Americans mistrust companies to such an extent that the very idea of capitalism is now being debated on the political stage. Populism has been embraced on both ends of the political spectrum, whether in the trade protectionism of President Trump or the social-net supremacy of Senator Bernie Sanders.

It is against that backdrop that the Business Roundtable released its statement on Monday. The group should be commended for coming around — and no one wants to criticize progress — but it is undeniably late.

Make no mistake, it wasn’t shareholder democracy that created this new enlightened moment. Public outrage pushed this forward. So did anger in Washington and regulatory scrutiny that is finally coming to bear.

Shareholders — with some exceptions — did not come around until they had no choice but to realize that these forces could have an impact on their investments.

And in an echo of managerialism, there are some corporate executives who deserve credit for this change.

Larry Fink, the chairman of BlackRock, deserves to be doing laps for putting these ideas into his annual letters years ago, when some of those who signed Monday’s statement laughed at the idea.

Credit should go, too, to Howard Schultz, the former chief executive of Starbucks, whose company embraced its employees as stakeholders from the beginning. And companies like Patagonia and Ben and Jerry’s, which are so-called B Corporations, committed to community principles early.

The investor Paul Tudor Jones II has been talking about this for years. So has Judith F. Samuelson, an executive director at the Aspen Institute who has pressed corporate leaders to embrace a view of service to society, and told me about a dinner where she and others leaned on Jamie Dimon, the JPMorgan chief executive and chairman of the Business Roundtable, to change the group’s mission statement.

And there was Prof. Klaus Schwab, who founded the World Economic Forum, drafting the Davos Manifesto of 1973: “The purpose of professional management is to serve clients, shareholders, workers and employees, as well as societies, and to harmonize the different interests of the stakeholders.”

If you suspect that the Business Roundtable’s statement changes little, there may be reason for skepticism. Some big companies didn’t sign on, including the Blackstone Group, General Electric and Alcoa.

And the Council of Institutional Investors — which represents many of the same companies as Business Roundtable and many of the nation’s largest pension funds — distributed a response that forcefully disavowed the ideas set forth in the roundtable’s statement.

“Accountability to everyone means accountability to no one,” the council said. “It is government, not companies, that should shoulder the responsibility of defining and addressing societal objectives with limited or no connection to long-term shareholder value.”

For whatever progress may have been made Monday, it is hardly clear the debate is over. In fact, the fight for corporate identity is just beginning.