Despite Turning Down Inauguration Gig, Elton John Has a Recurring Role in Trump’s Presidency 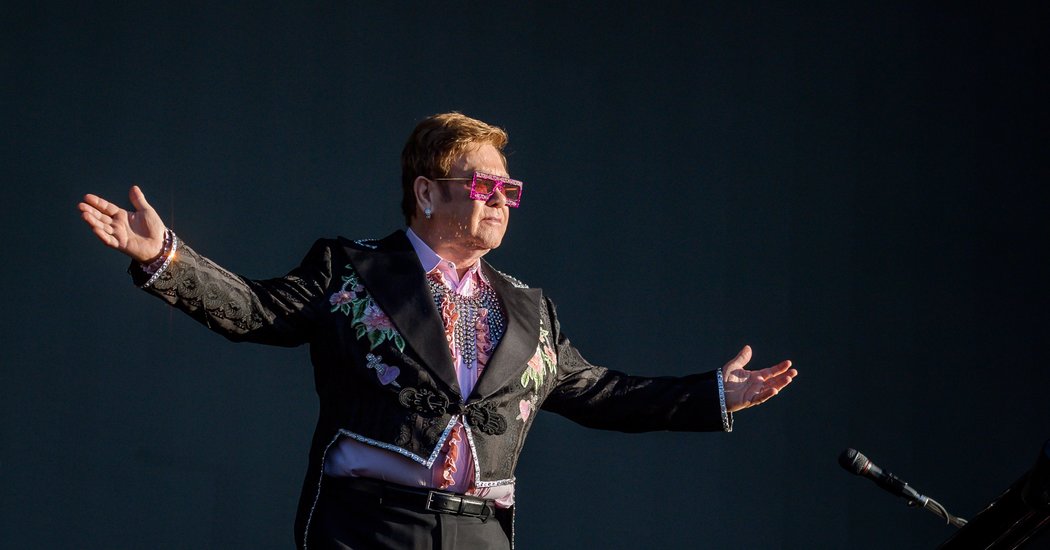 The email was cordial, warm and deferential.

“Thank you so much for the extremely kind invitation to play at your inauguration,” wrote one of President Trump’s favorite musicians, Sir Elton John. “I have given it at lot of thought, and as a British National I don’t feel that it’s appropriate for me to play at the inauguration of an American President. Please accept my apologies.”

Mr. Trump had been hoping Mr. John would croon him into the presidency. He had gone so far as to tell people it was happening even though Mr. John had not yet agreed to such a performance.

The organizers of Mr. Trump’s inauguration had been struggling to find notable musicians to perform at the coming festivities, often considered a high honor. Barack Obama had been able to draw the likes of Aretha Franklin and Beyoncé.

Mr. John, whom Mr. Trump considered something of a friend, joined other celebrities in declining the opportunity to perform.

But for Mr. Trump, the rejection from Mr. John was probably particularly tough to swallow. In multiple books, Mr. Trump had praised Mr. John’s talent and drive. In 2005, Mr. Trump had arranged for Mr. John to perform at his third wedding, to Melania Knauss. Eleven years later, Mr. John sent his carefully-worded email passing on an encore performance, this time at Mr. Trump’s inauguration.

“Tiny Dancer,” one of Mr. John’s most well-known songs, still rings out at the president’s rallies, part of a playlist that Mr. Trump personally selects. The president nicknamed the North Korean leader, Kim Jong-un, “Little Rocket Man,” a homage to the song by Mr. John and a reference to the strongman’s missile tests. When the secretary of state, Mike Pompeo, went to a meeting with Mr. Kim, he came bearing an Elton John record. And aides say the president has seen the singer’s biopic, “Rocketman.”

Still, Mr. John’s music has become the soundtrack not just of the Trump rallies but of the Trump presidency itself — a persistent aural reminder of the president’s interest in showmanship and celebrity and his belief that he is never being given proper credit by the news media for what he views as his successes.

While previous presidents have generally measured their victories against those of their predecessors, Mr. Trump prefers comparing himself against an international superstar known for his flashy style.

Mr. Trump was giddy when his campaign manager, Brad Parscale, told the crowd at a Manchester, N.H., rally last month that the attendance numbers for the event had bested Mr. John’s ticket sales in the same venue.

In the days that followed, Mr. Trump repeatedly asked aides if his victory over Mr. John was capturing headlines. It wasn’t. Though aides were not surprised as they did not view the accomplishment as a major story, to the president, it represented an emotional wound — his belief that he is perpetually demeaned and never receives his due, according to people close to him.

It was not the first time that Mr. Trump focused on topping the attendance records of Mr. John, who was knighted by Queen Elizabeth II in 1998.

In Montana last summer, Mr. Trump asserted he had broken Mr. John’s record at the arena where he appeared — and again complained that he was not getting credit.

Senator Kevin Cramer of North Dakota said in an interview that that year, Mr. Trump had pressed him on how big Mr. John’s crowd had been at a concert in Fargo — and was laser-focused on beating those numbers.

During the campaign in 2016, Mr. Trump would blast Mr. John’s music aboard his private airplane so loudly that people could not sleep, according to former campaign aides. And at the time, Mr. Trump’s advisers pointed to his public celebration of Mr. John’s civil union with his partner, David Furnish, in 2005, as evidence of his tolerance toward gay rights. (That support, expressed on Mr. Trump’s now-defunct blog, has been deleted, and the president’s administration has established a track record of repeatedly curtailing rights for lesbian, gay, bisexual and transgender people, targeting transgender people in particular).

Still, when the president was elected, he knew exactly who he wanted to perform at his inauguration. He informed his friend Anthony Scaramucci that Mr. John would play, without waiting for an actual response from the singer, according to Mr. Scaramucci.

“This will be the first American president in U.S. history that enters the White House with a pro-gay-rights stance,” Mr. Scaramucci said on television at the time. “Elton John is going to be doing our concert on the mall for the inauguration.”

Mr. John’s spokeswoman, Fran Curtis, quickly made clear that that was “incorrect.”

A day later, Mr. John sent an email, through Mr. John’s personal assistant, to an official on the inaugural committee.

The musician said that he appreciated that Democrats and Republicans had worked on ending H.I.V. and AIDS, and that he hoped to work with the new president on the issue.

“It’s been my duty be a part of this battle, and I won’t stop fighting the war against AIDS until we have won,” he wrote.

Mr. Trump has repeatedly focused on ending AIDS in his public statements, announcing a plan to end the epidemic by 2030 in his State of the Union address this year. Ms. Curtis did not immediately respond to a question about whether Mr. Trump and Mr. John have continued talking about H.I.V. and AIDS since the inauguration.

Asked about the inauguration email from the singer, Mr. John’s husband, Mr. Furnish, initially denied it existed, saying, “No correspondence sent to President-elect Trump with an apology and no offer was ever made to perform at a U.K. state dinner in the U.S.” When told of the details, which were provided by two people who had seen it, he quickly said it was so far back that no one immediately remembered it, and provided a copy to a reporter.

Mr. John has made clear since then that he wants daylight between himself and Mr. Trump’s politics. Yet in the final sentences of his letter, Mr. John suggested something of a compromise.

“I was honoured to perform at a White House State Dinner for the UK during the Clinton presidency and I would be delighted to do the same for you if the opportunity arises,” Mr. John wrote. “I also want to wish you every success with your presidency. I love America deeply, a country that has always welcomed me and my music with kind, tolerant and open arms.”

So far, no such dinner has been scheduled.