GAUHATI, India – Authorities say at least 300 rare Himalayan yaks have died of starvation in the high mountains in the northeastern Indian state of Sikkim, close to the border with China.

Government official Raj Yadav says a team of local administrators and veterinarians visiting the heights of Muguthang and Yumthang in northern Sikkim discovered the animals’ corpses on Friday.

Yadav said Saturday that the semi-domesticated animals were trapped in December after their passage to the nearest village got blocked due to heavy snowfall. He said authorities tried several times to drop feed for the Yaks by helicopter but failed due to inclement weather.

Villagers living in the Himalayan foothills of northeastern India heavily depend on livestock, mainly yaks, goats and sheep, for their livelihoods and to feed their families. 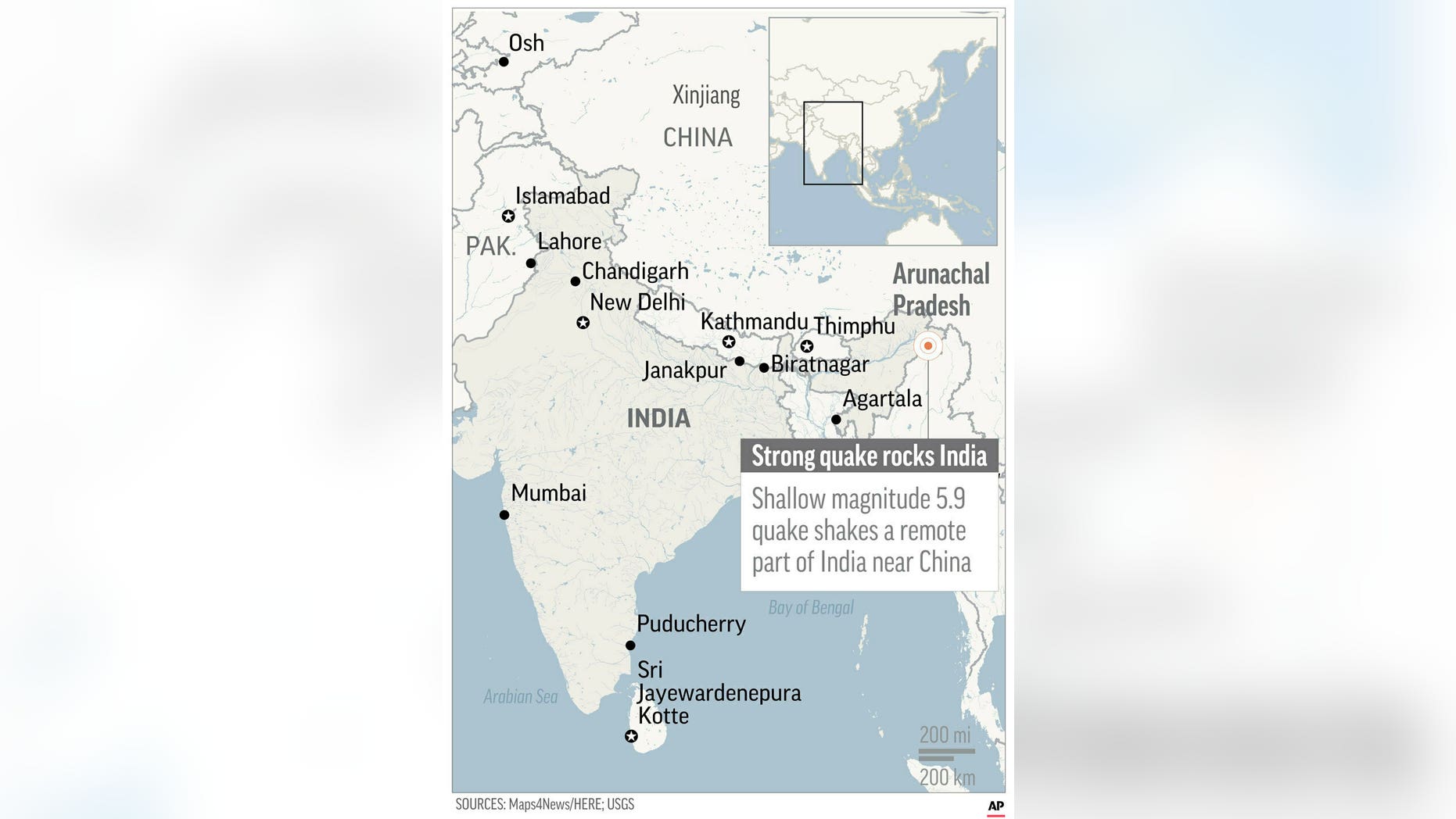 GAUHATI, India – A moderate earthquake shook remote northeastern India near the border with China early Wednesday, but no damage or casualties were immediately reported.

U.S. Geological Survey geophysicist Gavin Hayes said the area in Arunachal Pradesh state is sparsely populated so not many casualties or much damage was expected.

The USGS said the quake was magnitude 5.9 with an epicenter 33 kilometers (20 miles) north-northwest of Along, India. It was a relatively shallow 14 kilometers (8.7 miles) below the surface.

Hayes says this area of the Himalayan frontal thrust has had some large quakes in the distant past, making experts more alert to the possibility that a bigger one might be next. However, he says most earthquakes are not followed by larger ones.